and the Blessing of a Golden Madonnina.


What does “Vos et ipsam civitatem benedicimus” mean? I thought last time we crossed the Strait of Messina, and passed the 7 metre tall, golden Madonnina guarding the city and Messina port. Of course I forgot to check it out, until I came across these pictures, and the same question popped up again. 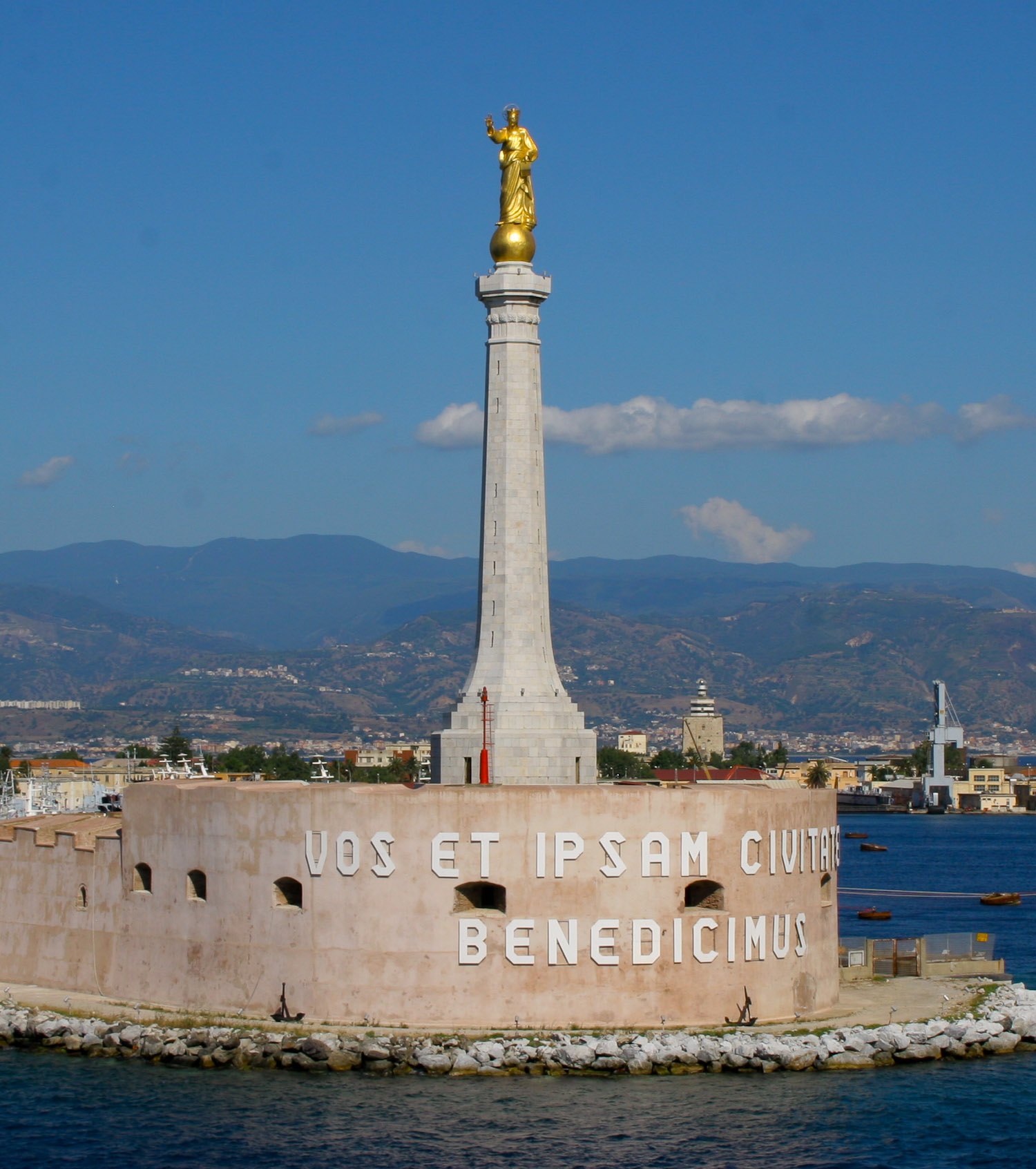 The statue greeting all visitors who enter Messina from the sea.

The answer is provided by Google, who tells me that the meaning of the inscription is “We bless you and your city”. It is a quote from a letter the Virgin Mary sent to the population of Messina in the year 42.

A Letter from Virgin Mary

Legend has it that the Apostle Paul came to Messina around this time two thousand years ago to convert the Sicilians to Christianity.

The locals were not too eager to give up their old deities, but by and by great numbers were persuaded. And some of them insisted on accompanying Paul on a trip to Palestine. Here they met with the Mother of Christ and persuaded her to send a letter to the citizens of Messina. The letter, which was written in Hebrew, was rolled and tied with a lock of her hair.

In the letter to the people of Messina, the Holy Mother said that she appreciated their devotion and would grant them perpetual protection. The letter ended with the words “Vos et ipsam civitatem benedicimus”

1900 years later the same words were inscribed on the old fort San Salvatore. The fort serves as a plinth for the 60 metre tall octagonal column that carries the statue of the Madonna della Lettera.

Reminding me of a new object of investigation: For whatever happened to the letter and the strand of Virgin hair?

Catania sights for the blind