Among rice fields in Italy

Paddy fields are normally associated with Southeast Asia, but you can also travel among rice fields in Italy. We followed the rice route and discovered new waterscapes in landlocked Piedmont.

Already when the plane started to descend over the Alps we could see the rice fields. From Biella to Pavia, vast stretches of land had been flooded by the fast flowing Sesia River, creating a huge patchwork of square, sky-reflecting ponds. This is where the round and short-gained Carnaroli and Arborio rice for Italian risotto are produced. Along with tasty whole grain varieties such as the black Riso Venere -used in eg. salads – and the red Riso Ermes – that work great as a base for salmon.

We started the tour in Trino and drove out among the fields on rented bicycles. A slow decline in the land over several hundred kilometers means that the flooding of the fields can be controlled and regulated through an ingenious system of irrigation ditches, canals and tiny dikes. The flooding ensures a steady water supply for the plants and – more importantly – provides thermal insulation to smooth out differences in temperature between night and day.

The paddy fields around Trino. Lucedio Abbey top right, and one of the Abbey’s original granges.

The origin of rice cultivation in Piedmont

Fifty years ago, the fields were cultivated by lines of young girls standing bent over in water all day to sow the plants, as seen in the neo-realistic film ‘Riso Amaro’. Today huge machinery has taken over the hard manual labour, so apart from a couple of farmers and an old man on a bicycle we had the area to ourselves. After about 10 kilometers we reached Lucedio Abbey, where Benedictine monks in the fifteenth century introduced the cultivation of rice to Piedmont in order to combat famine and plague.

The Abbey was secularized in 1784 after strong rumours of black magic, and there are those who claim that the place is still haunted. But that is an all together different story. And from the octagonal bell-tower there is a beautiful view of the surrounding fields and granges. The atomic reactors in the distance stand as a memorial over Italy’s nuclear power programme that was closed down completely in 1990.

Farmers, cooks and other rice-based craft

After Lucedio we drove into Vercelli that promotes itself as the capital of rice. Here there are shops specializing in the development of innovative rice-based products like di.LAB Gastronomia producing gluten-free gourmet food including the most delicious cakes, fast food and pasta.

From Vercelli we visited Baraggia at the foot of Monte Rosa. This area is known for the cool summers, and the rice fields here are the first to be irrigated by mountain streams. This gives the rice from Baraggia a special quality recognized through the Protected Designation of Origin stamp (DOP in Italian).

Guerrini’s farm shop and gluten-free cakes and gourmet hors d’oeuvres from di.LAB are some of the attractions to be found along the rice route. Along with the landscape of course.

All along the rice route there are numerous small hotels, restaurants, craft shops and farms open to the public. One of these farms is Guerrini in Solussola near Biella, where four brothers have turned the family farm into a streamlined business focusing on high quality products. They love sharing their knowledge and passion for the grain and the land with passing strangers, so there is every reason to take a look around and maybe buy one or two packets of rice in nice cotton bags as a nutritious souvenir.

A trip along the rice route will lead you to discover new aspects of Italy and turn most visitors into rice ‘connoisseurs’. Just remember to go in May when the fields are submerged in water and the landscape is transformed into an enormous, fascinating wetland. Once the green plants break the surface rice fields resemble most other crops.

Cooking inspiration found near and among the rice fields in Italy 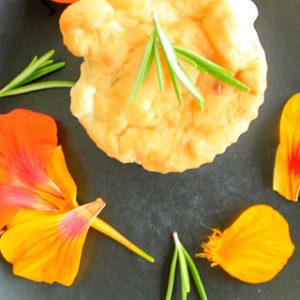 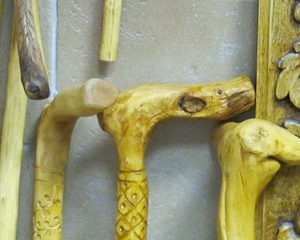 Artisan Woodwork in the centre of Isernia
Scroll to top