It’s been a while since I visited Biella in Piedmont, but I still recall the pungent, all pervasive smell of Botalla’s cheese maturation facility.

I love cheese in general and Botalla cheeses in particular. The family-owned cheesemaker produces a wide range of the typical Biellese cheese tometta, caciotta made from goat’s milk, maccagno based on the milk of cows grazing in the high mountains and Sbirro that is soaked in beer. They are all sold in varying grades of maturity. And they all have that mixture of craft, passion and tradition paired with innovation that make great cheese. But my goodness they smell. 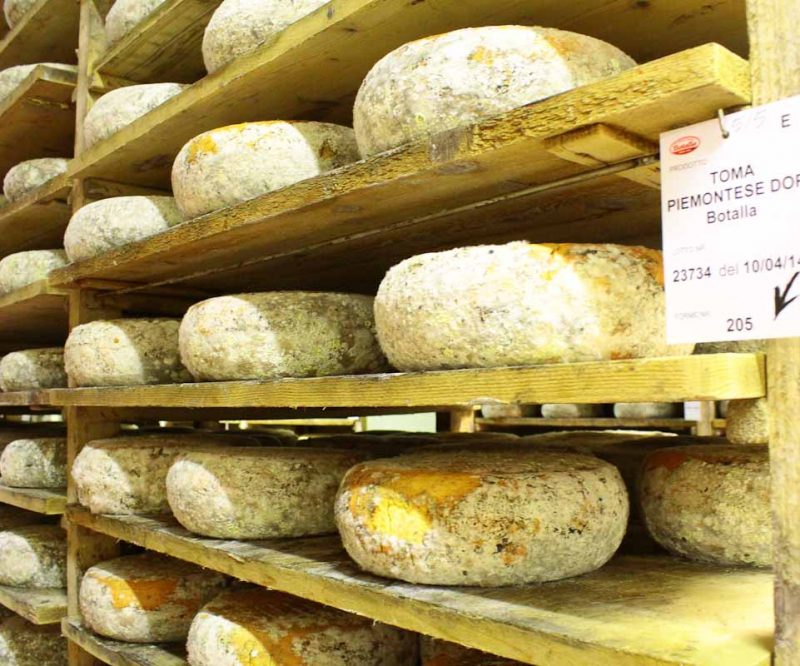 Aging toma add to the odour of Botalla’s cellars

We were in a group of journalists and bloggers invited to visit Botalla in Biella by BITEG  that promotes food and wine tourism in Piedmont, and although we had previously visited a gorgonzola dairy with no objections, a few people in the group backed off the moment Andrea Bonino opened the door. Something in the neighbourhood of 80.000 cheese were lined up in cellars below the family’s residence and there was no hiding the strong animal smell of mold and ammonia. Involuntarily, you find yourself gasping for air.

And it got worse.

Down in the cellar surrounded by cork-covered walls and raw pinewood shelves from floor to ceiling, the stench was so overwhelming it brought tears to the eyes of experienced foodies, but once your nose had adjusted to the stinky environment and you’d suppressed the need to gag, it was fascinating. It was a cathedral for cheese lovers with cheeses everywhere, and you could sniff their development from the pure white curd to hairy aged toma. 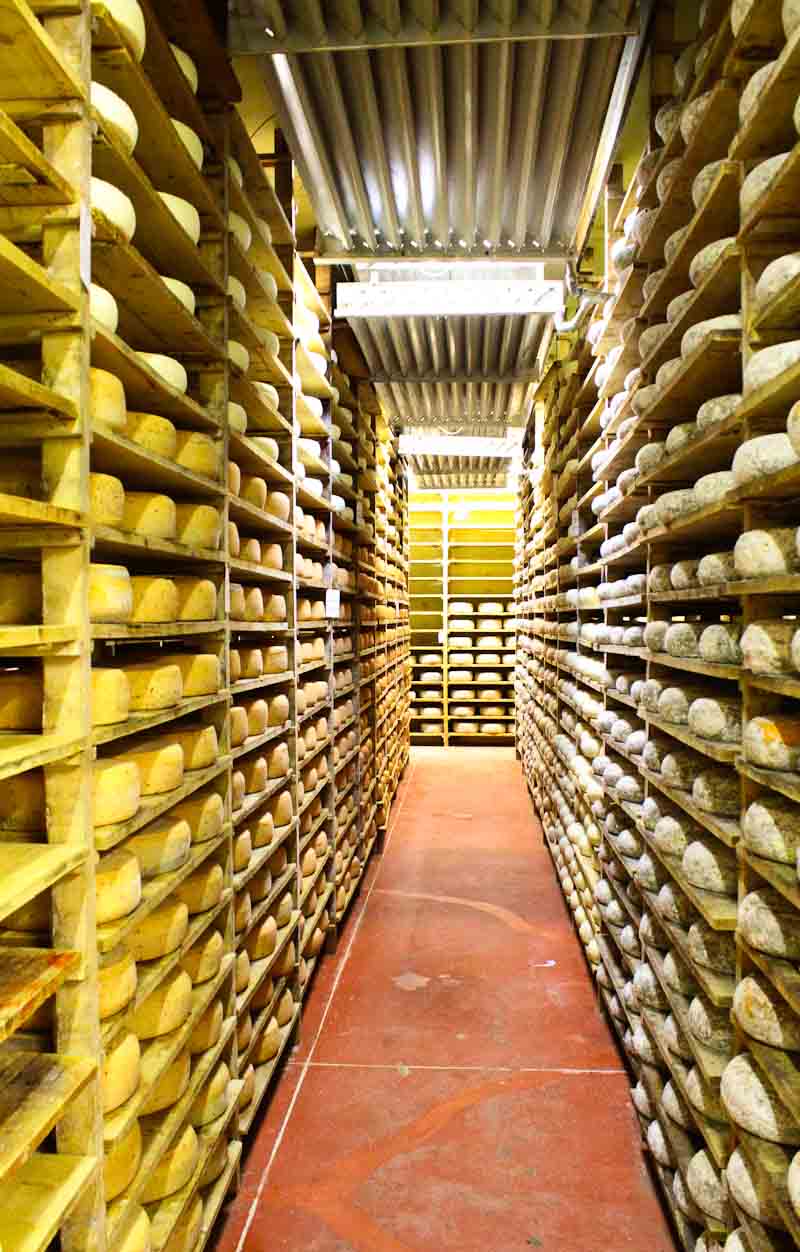 A cellar filled with aging cheeses.

As a dedicated producer, Andrea Bonino talked at length about Botalla’s cooperation with dairy farmers and shepherds around Biella. About cattle breeds and different types of pre-Alpine pastures, and how they affect the flavour of the cheese. About the amount of milk needed to produce 500 g of hard cheese. And about the tedious labour of washing and turning every single cheese on a regular – for some products daily – basis. 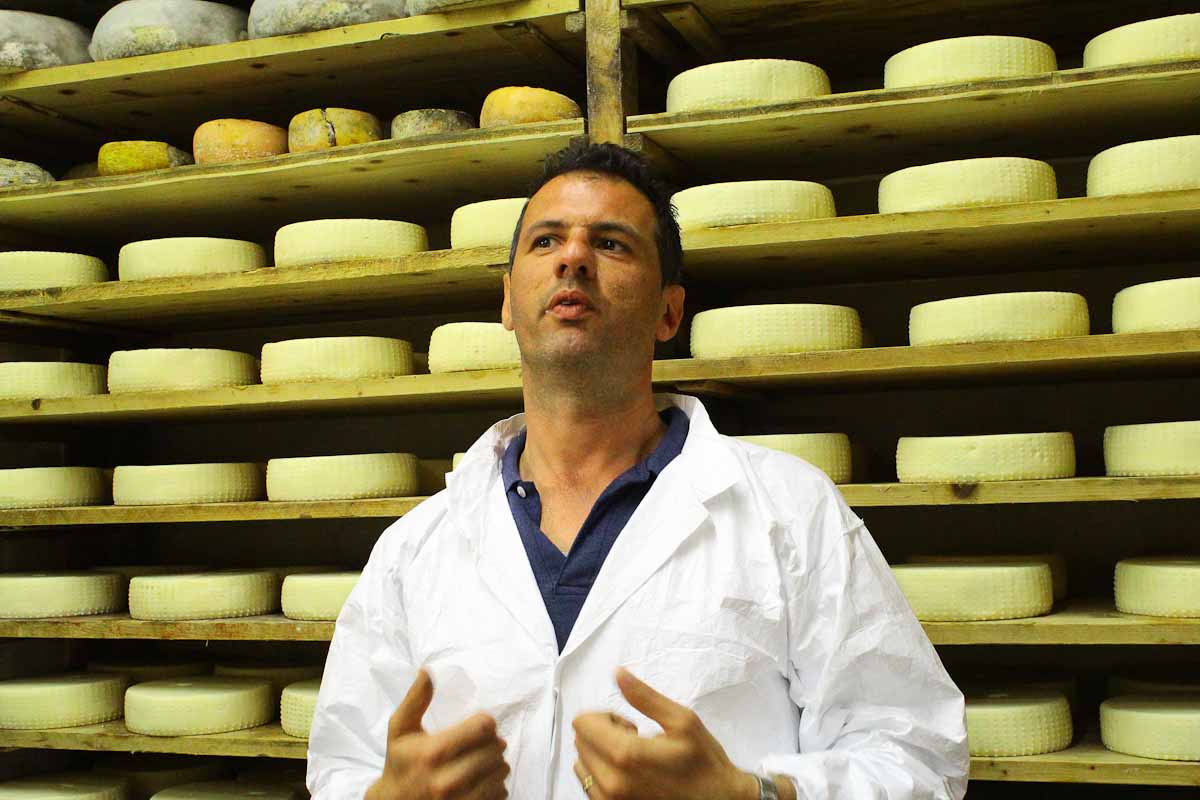 Andrea Bonino explains how Botalla cheese is made.

As a curiosity that is becoming increasingly popular, he also presented the Sbirro, developed in collaboration with Biella’s microbrewery Menabrea across the street from Botalla. The brewery’s cellar is adjacent to the underground cheese halls, and a few years ago the two neighbours decided to try making a joint product. They soon discovered that mixing beer with milk in the early stages was a bad idea. Instead the Sbirro is soaked in beer several times during the ageing process, and it is covered in grains from the beer production, which gives it a unique flavour.

So, if you want a genuine taste of Biella without the massive stench of aging cheese, head for Menabrea’s restaurant and ask for a cheese platter to enjoy, while you look at Botalla from an odour-free distance. 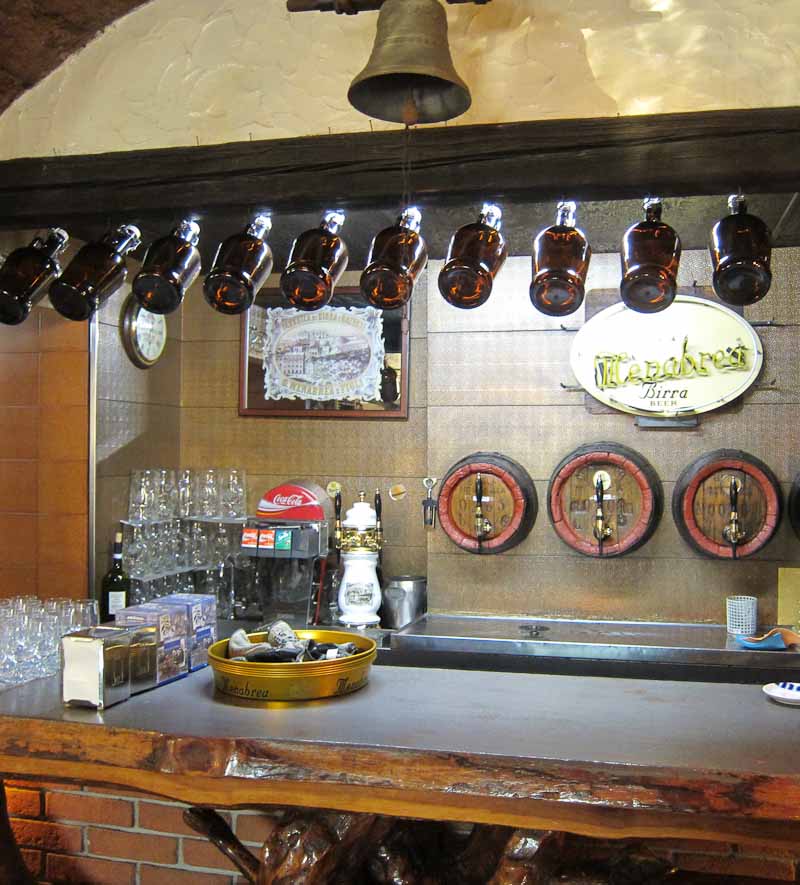 At the Menabrea brewery across the street from Botalla you can taste the cheese and the beer individualle and in one bite.

We were invited to Biella by Biteg – Borsa internazionale del turismo enogastronomico.