Like the Greek islands and southern Spain, dazzling whitewashed towns dot the heel of Puglia. Ancient towns with Roman, Greek or Saracen roots and WLAN access. Though ancient the white towns in Puglia are still very much alive.

The stone-paved streets in the tight-fitting town centres are so narrow, you have to step into a doorway to let a scooter pass. People sitting outside on their front steps shelling beans, napping or chatting greet you with a friendly, but inquisitive boungiorno. Through open gateways you can look into private courtyards with bright flowers in pots and recycled steel cans. Strings of chilies and tomatoes are hung to dry outside kitchen windows. And on the roof tops clean washing floats in the wind sending whiffs of fabric softener and detergent through the air.

In spite of their old history the white towns on Salento still house modern lives, as you will see, if you follow the white town route from Locorotondo, through Cisternino, Ostuni and Otranto to Gallipoli.

Situated in the Valle d’Itria and surrounded by major tourist spots like Martina Franca, Alberobello and Cisternino, the charms of Locorotondo are generally overlooked, but the city with a population of 14.000 people has a lot more than whiteness to offer to offer. The centro storico is perched on a hill top from where you have a terrific view of the countryside with the characteristic trulli houses. Apart from that the architecture of Locorotondo is famous for the pointed roofs called ‘cummerse’, a feature not seen elsewhere on the Italian peninsula.

In Puglia, the name Cisternino links to fornelli pronto, butcher shops with wood fired barbecue and a few tables where roasted meat is served with a glass of wine. A must-try for all visitors after a relaxing stroll within the confines of the old town walls. According to legend the town Cisternino was founded in the Bronze Ages and destroyed during Hannibal’s raids in Puglia in 216 BC. The settlement was revitalized in the 8th century, when refugee Basilian monks decided to build a Greek Orthodox abbey. Traces of the original church have been found under Chiesa Madre di San Nicola.

Ostuni is the ‘città bianca’ per se. A fabulously romantic city attracting thousands of particularly Italian tourists each summer. They crowd the citadel where every building, wall, staircase, roof and archway are painted white. Main attractions are the cathedral, the bishop’s palace and houses for the local nobility and the eastern town wall, where people line up to photograph each other on a background of the dark blue Adriatic Sea and the cyan colour of the summer sky.

Thanks to Horace Walpole’s gothic novel called The Castle of Otranto, the small Greek town south east of Lecce as become a household name. And even though Walpole never visited the place, Otranto does have a castle and a gothic history involving two giant cannon balls and the death of 800 martyrs, killed by Turkish pirates in 1480. Their skulls are supposed to be lined up in a side chapel to the cathedral, but most visitors just walk around the old town and if they are very lucky catch a glimpse of the Albanian mountains.

Like Otranto the founding fathers of Gallipoli were Greeks who settled on a chalk stone island with a good command of access to the Ionian Sea. An arched stone bridge connects the old town with the commercial town centre, providing an interesting view of the castle and the fleet of Greek blue fishing boats. I don’t think I have seen a single tree on the island, but there are numerous churches, cafes, restaurants and a city beach facing the sunset. And you can walk by the waterfront all the way around the old town, pretending you have discovered some magic kind of African Venice. This explains why the Greeks named the town Kallipolis, meaning “Beautiful City”. 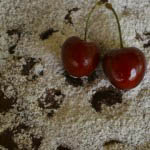 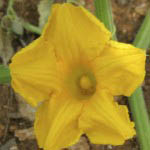