Trulli in Alberobello – A short, personalised history of the round trulli houses in Alberobello. A very particular town in south Italy.

South Italians are generally talkative and it is not unusual to get the life story or long historical explanations and descriptions from perfect strangers. One of the more memorable of these random lectures I have experienced took place one hot summer evening at a cafe in Martina Franca. An elderly gentleman in a white shirt, tie and jacket sat down at the neighbouring table without ordering anything and after the initial questions of where from and where to, he began to relate his version of the story of the trulli in Alberobello.

The characteristic trulliare small, round, whitewashed houses with gray cone-shaped roofs, seemingly perfect homes for the Hobbit, trolls, elves and other heroes from the fantasy universe of a children’s book, and one of the major tourist attractions south of Rome.

– Visitors are enchanted by the cute little houses of Alberobello, but they forget that the town has a sombre background of oppression and exploitation, the man began. The first houses were built in the second half of the 1500s by serfs, who worked the land for the Count of Conversano. The peasants worked hard, and they had to hand over almost all the produce of the land to the squire, who was extremely difficult to satisfy. In order to maximize the yield, peasants were allowed to move out into the field, provided they themselves found some kind of shelter. They were allowed to build houses of the stones, they could find, as long as they did not use mortar, nails or other devices that might make the construction more durable and permanent. The Count insisted that peasant houses should removable from one day to another. 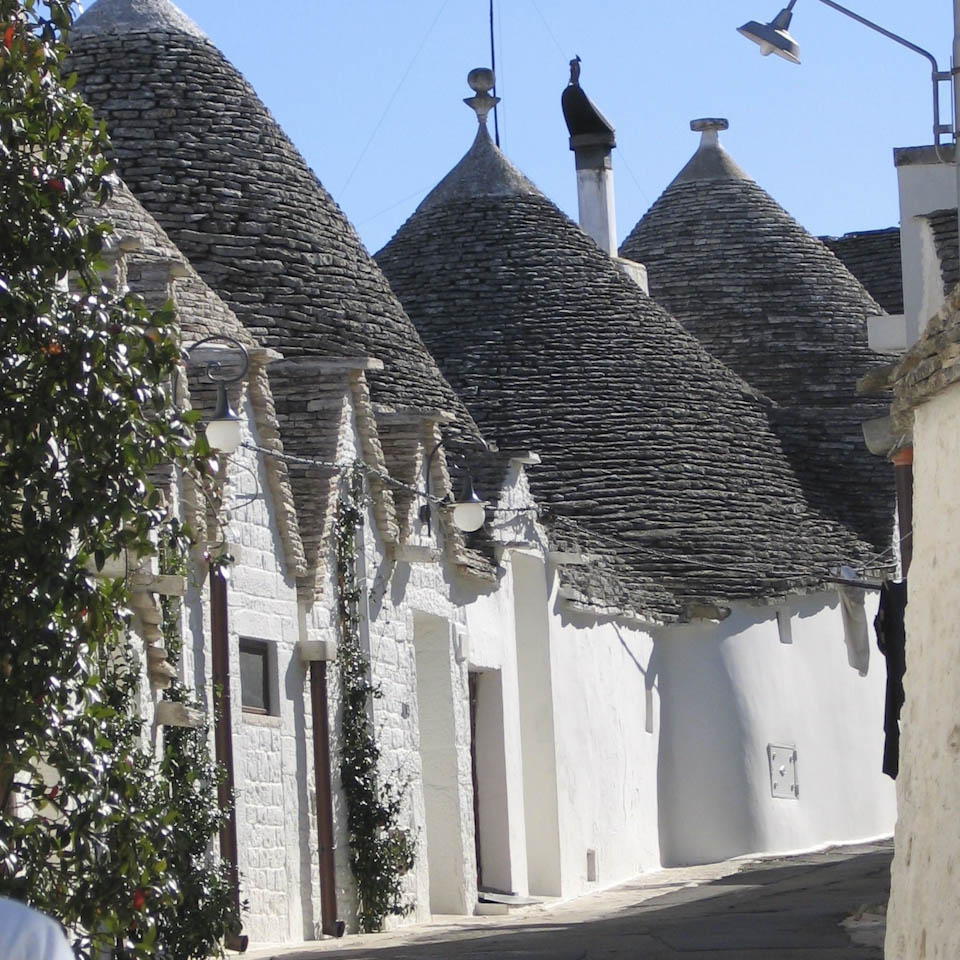 – The limited building materials posed a challenge, but eventually the peasants found a way to construct a round house that could form a bearing for a conical roof. Soon trullies spread all over the countryside, but the houses in the fields, did not make life easier for peasants. The Count of Conversano was a true despot, who ordered the houses removed as he pleased. Only in 1797 did a group of peasants take courage and went to see the King of Naples, Ferdinando IV, who granted the people of Alberobello a charter, said the gentleman, who claimed to be a retired teacher with a passionate interest for local history.

Since then, I have sent him a grateful thought, every time I have visited Alberobello and the surrounding area, where there are no longer traces of oppression and exploitation between Trulli. Unless you count the exploitation of tourists charmed by the beautifully restored houses with their classical luck symbols such as crosses, crescent, star or malocchio painted on the tiles of the conical roofs. Quite a lot of foreigners with dreams of authentic Italian holiday homes have bought and refurbished trulli houses in the hilly Valle d’Itria between Martina Franca and Brindisi. And approximately twice an hour, a coach full of tourists are left to wander the streets of Alberobello, where they stop by the trulli-church, sip a drink at a trulli café, and shop for trulli postcards, trulli souvenirs and models of a trullo-in-a-trullo-in-a-trulli-town, as a thought provoking reflection of past and present.

Other UNESCO World Heritage sites near the trulli in Alberobello:

Orvieto: A city in platform shoes
Scroll to top