Ripatransone
and the narrowest alley in Italy

Italy offers some of the greatest attractions in the world – and some of the smallest. Try eg. a visit to Ripatransone and the narrowest alley in Italy.

Italy has some of the world’s greatest attractions with 11 top100 rankings in “Hillman Wonders of the world” and 51 top wonders to “See Before You Die”. None of these attractions are in Le Marche, but it does not make the area boring. People in these parts are quite good at turning curiosities into sights.

Take Ripatransone as an example. A little old town, 494 metre above sea level, with a population of almost 4 500, a location 12 kilometres from the Adriatic Sea and 38 kilometres from the provincial capital of Ascoli Piceno. Despite its modest size, the city has a content list with 14 entries in the Italian version of Wikipedia. Ripatransone gets rich coverage in the English Wikipedia. And of course it has got its very own tourist attraction 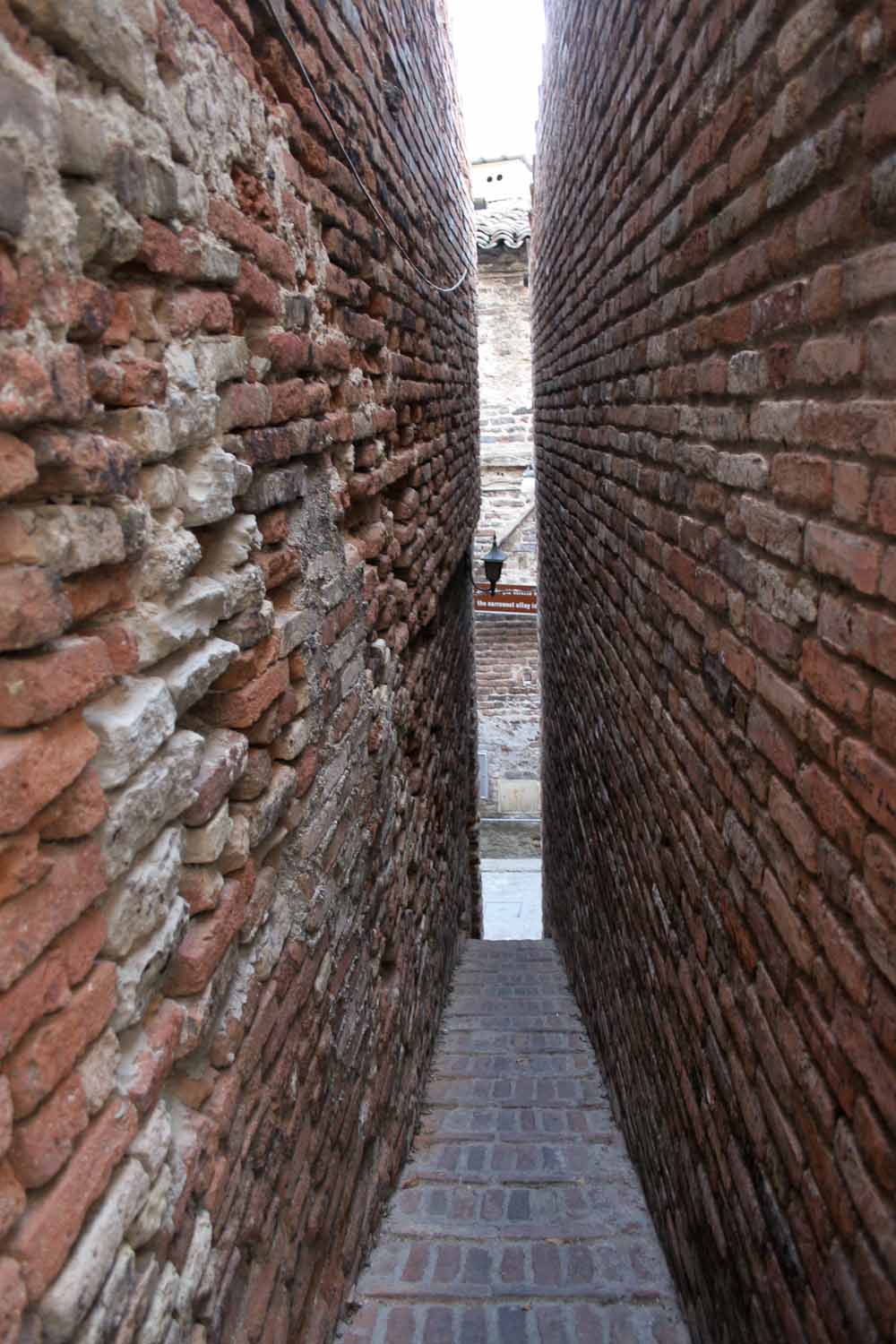 An ordinary sized adult can squeeze through the allegedly narrowest alley in Italy.

The town boasts of having “il vicolo più stretto d’Italia” with a passage between two houses measuring only 43 cm at the entrance. In the middle the alley narrows further down to 38 cm, and most adults should probably walk a little sideways to get through. This is decidedly a narrow attraction, but according to the tourist office, many people visit Ripartransone to see the sight. Other towns like Città della Pieve near Perugia in Umbria have been trying to rival Ripatransone in narrow passageways, but so far Ripatransone remains most restricted.

The entertainment value of squeezing the family through the passage is indeed quite high, and the fun is entirely free.

Like Ripatransone’s even greater attraction, namely the view. A circular road around the city offers a 360 degree panoramic view of the sea, Gran Sasso mountains and Ancona’s hump.

– I live in San Giorgio, but go up here several times a week to enjoy the magnificent sunset, a elderly gentleman who has had a few drinks explains, as he points around the horizon and names the different peaks. And while the sky over Abruzzo changes colour from orange taints to flaming red and subdued violet, I keep my fingers crossed that he will return to San Giorgio by bus. 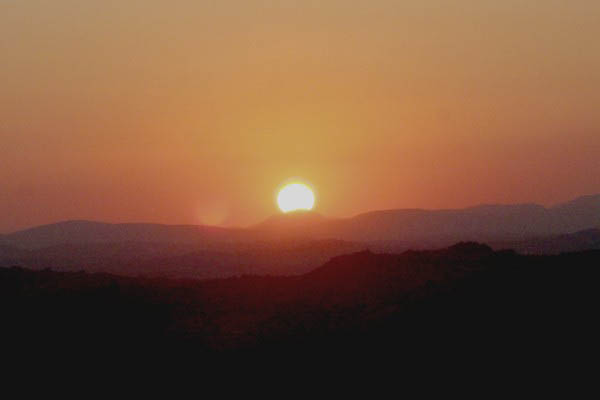 Sunset over the Abruzzi mountains seen from Ripatransone.

Other attractions near Ripatransone and the narrowest alley in Italy:

Maps were disabled by the visitor on this site. Click to open the map in a new window.
12 replies