Martina Franca is one of the big pearls in Puglia’s white town necklace with a maze of narrow streets, baroque cherubs and potbellied balconies.

In the Taranto province Martina Franca is a star. This fairly big town on the edge of the trulli-district has it all in terms of history, architecture, music, spirituality and atmosphere, and it is widely admired for its ability to attract foreign tourists and residents.

What’s in the name

Martina was founded in the 10th century by refugees fleeing from the Arab invasion of Taranto. They named the city after Saint Martin of Tours who is famous for using his sword to cut his cloak in two and share it with a scantily clad beggar.

The legend adorns the facade of several buildings in the old part of town, including of course the basilica. The second part of the name refers to privileges like tax exemption (franchigia) given to certain towns in the middle ages.

Since the middle ages, the historic centre of Martina Franca has been surrounded by a defensive wall with just four gates and 12 square and 12 round watchtowers. Once inside the gates, the streets become narrow and they twist and twirl in a maze of secret alleys and dead ends which in combination with white houses makes it almost impossible to keep your bearings.

The labyrinth was constructed deliberately as an extra protection for the inhabitants, who knew their way around. If the enemy entered the city, the locals could either hide or escape, while their pursuers got more or less lost.

At that time, paving stones were used as a secret code with black stones leading to the gates, while white stones were used for streets inside the labyrinth. While most of the medieval paving slabs have been replaced, you can still find the odd colour coded stone, which is nice to know, unless you want to be trapped in Martina Franca forever.

By the way, the labyrinthine way of thinking does not stop at the old city gates. All of Martina Franca is an almost impenetrable traffic jam and even though we have been there many times over the years, we still find it hard to park the car within walking distance from the centre. So other modes of transportation is absolutely recommended. 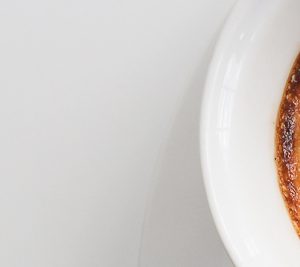