The white city Ostuni near Brindisi in Puglia is the kind of place that sticks in your memory along with Arcady and Alice’s Wonderland. A town so simple and peaceful it hurts the eyes.

Standing on Piazza della Libertá on a hot summer day, looking up on the column of Saint Orontius, who has a miraculous spring of water and cave in the area, there is nothing much to distinguish Ostuni from any other city with 30.000 inhabitants on Salento. There’s the usual assortment of parks, shops, cafes, markets and churches teeming with life all morning in order to stop when the clock strikes one. 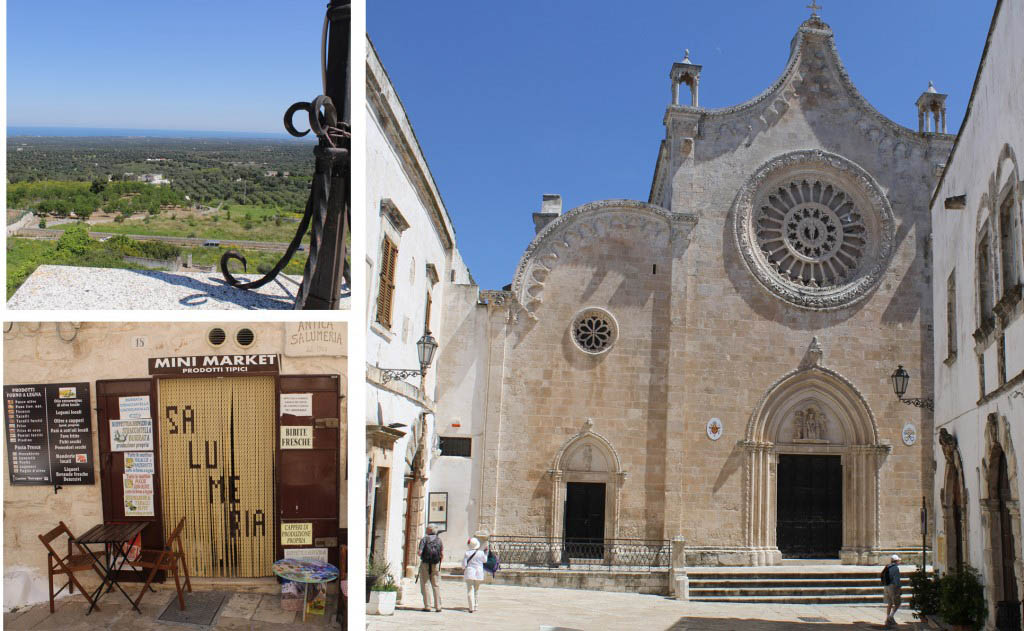 View from Ostuni over the sea, a Salumeria selling sandwiches and the the cathedral surrounded by old white washed houses.

Lost in a White World

But once you walk past the cafe, the antiques shop, the estate agent and the Antica Salumeria up Via Cattedrale you enter a different world. Gradually the streets narrow down to leave out most motorized vehicles. And once you have stopped to admire the Gothic cathedral with the grand rose window, you can lose yourself in a labyrinth of streets leaving the majority of other tourists behind. There is a welcoming smell of damp and detergent. All the houses lean on their neighbours with soft edges that have been rounded by centuries of communal whitewash. And the blinding white colour beneath a clear blue sky reflects the sun in a mirage of light.

The City at Sunset

That’s the beauty of Ostuni. Old white houses on a hilltop that makes you feel like a wedding cake-topper exploring the topography of the surrounding whipped cream. The walk normally ends on the old city walls which reveal a panoramic view of the Adriatic coast.

Pictures from the narrow, labyrinthine streets of the old white city.

We have visited the white city Ostuni countless times in all seasons, but there is one attraction we have missed. That is standing by the sea looking up on Ostuni, while the sun sets and the colour changes from white to pink. It’s supposed to be an unforgettable sight, adding to the wealth of impressions that makes you remember Ostuni as more vision than reality. 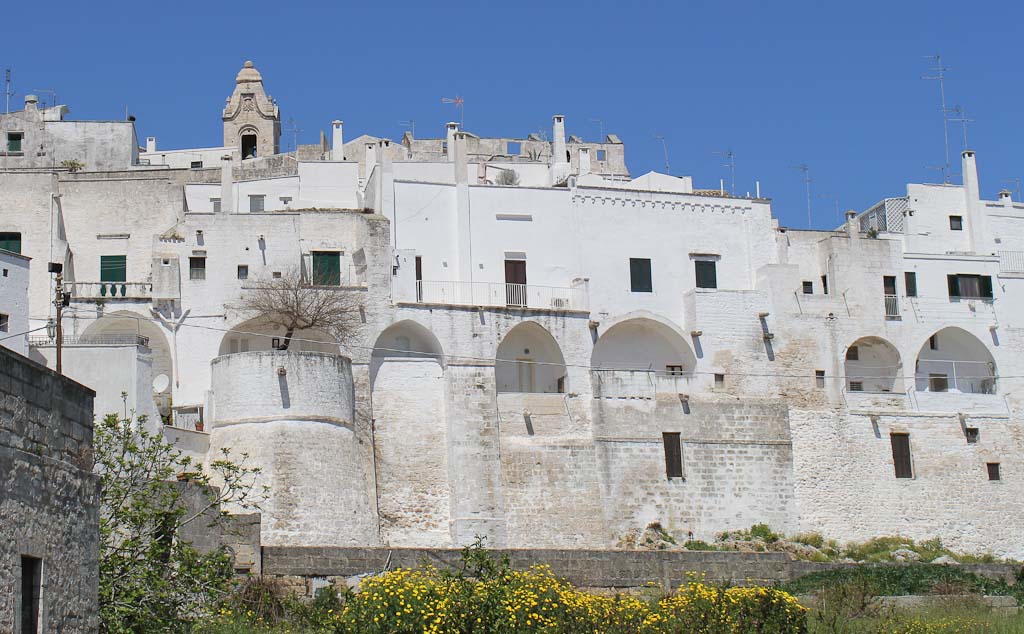 Ostuni is perched on a hilltop in safe distance from the sea.

Other places to visit near the white city Ostuni

The trulli in Alberobello: A perfect fairy tale setting

Farsumagru. A classic rolled steak from Sicily
Scroll to top