The Spanish Mill in Orbetello

I’ve always been fascinated by the wind mills of Consuegra in Spain, so I was more than pleased to see their distant cousin in the Spanish mill in Orbetello off the south coast of Tuscany.

We had been holidaying by the seaside in Talamone and were driving south, when the clutch broke and forced us to find the nearest garage. Fortunately, Orbetello was close by, and we even managed to find a garage, before everything closed down for the midday break. That left us with a few hours to explore the narrow bands of sand connecting the mainland to Monte Agentario.

Orbetello is situated on an isthmus in the laguna, where the Etruscans settled 2200 years ago. A man-made dike links it to the silver mountain island, and it is here in the shallow waters a Spanish looking mill not unlike the salt mills in Trapani pops up. 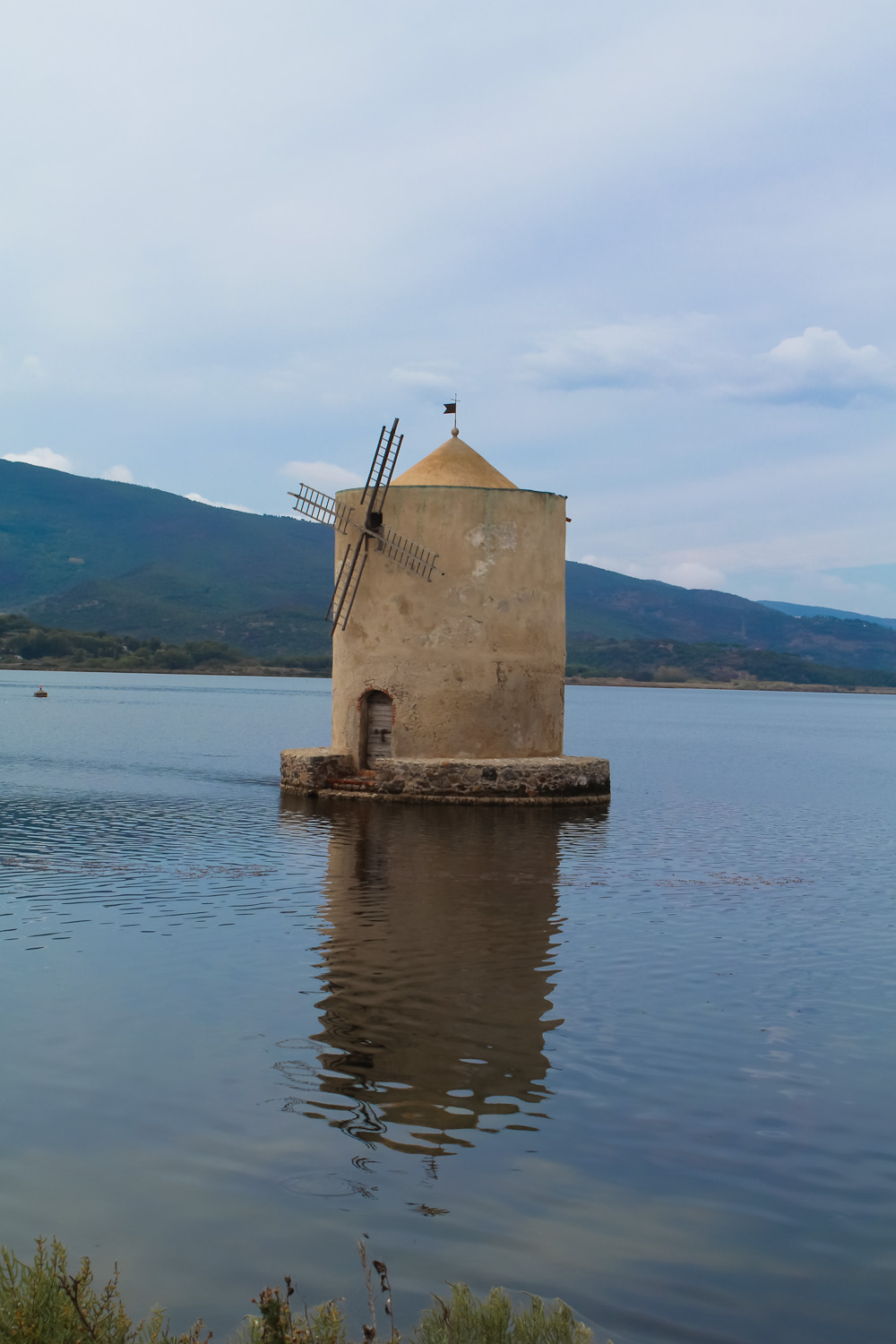 The Spanish mill in Orbetello stands just west of the peninsula near the dyke leading to Terrarossa on Monte Agentario.

The Mulino Spagnolo was one of nine mills built when Orbetello was part of the Sienese Republic. In the mid-17th century, Spaniards took over and turned Orbetello into the capital of a tiny garrison state called Stato dei Presidi. They also restored the wind mills that were used to grind wheat for the people who lived in the city, so they could be self sufficient in case the garrison was occupied by hostile forces.

By constructing the mills in water the Spaniards were able to exploit both wind power and hydraulics. So even in periods with no wind, strong currents and a forceful tide would keep the wheels turning. Pretty smart considering that the sails were stationary.

I’ve no idea what happened to the other eight mills in the line, and didn’t have time to find out before my private wheels were fixed and ready to roll.

Gives me all the more reason to return to Orbetello some other time.

Other notes similar to the Spanish mill in Orbetello

The fortress of Volterra

Wonderful wastes of time in Chianti

A Leaning Tower and other sights of Pisa