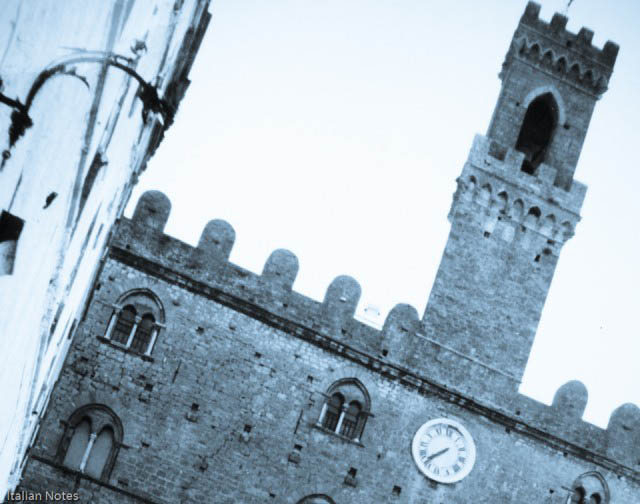 When you zigzag your way up to the fortress of Volterra in Tuscany, you cannot help feeling intimidated by the bombastic buildings on the edge of the abyss.

My approach to Volterra is pretty much that of a child, who has been invited to the zoo to see the lion, but only has eyes for a stray cat sitting nearby.

An unspoiled typical Tuscan town
I mean, Volterra is a charming Tuscan town surrounded by an old city wall that effectively screen off the noise, smoke and dangers of the traffic outside. It does not attract a fraction of the tourists that flock around neighbouring San Gimignano each summer. Shops abound with Tuscan wines and specialties; artisans sell handmade lamps and figures carved in the yellowish-white surrogate marble known as alabaster; there are decorative bags with dried beans or barley at a price of more than 12 euros per kilo; and at the restaurants’ outdoor tables you can have a menu turistico with a straw-wrapped Chianti bottle served on red checkered tablecloths. Volterra embodies classic Tuscan romance.

3000 years of history
Add to that 3000 years of history. Around 600 years BC Volterra was known as Felathri, and archaeologists have identified a city gate, Acropolis, amphitheater, baths and tombs constructed by the Etruscans, centuries before they became an integral part of the Roman Empire. Large slabs of stone gives an impression of these people’s impressive skills in urban design and engineering, and in the Guarnacci museum you can see a fine collection of Etruscan objects and art such as the quirky and often copied sculpture of a long thin man, which the controversial poet Gabriele d’Annunzio nicknamed ‘evening shadows’ or ‘Ombra della Sera’.

Over the last 2000 years the inhabitants of Volterra have fought a variety of enemies and sustained a diocese. While the pious built cathedrals, churches and Palazzi, constant wars led to the construction of six new gates; a new city wall, which was shorter but bigger and stronger than the one left by the Etruscans; a formidable fortress and tower apartments with private entrances on the third or fourth floor, so potential enemies could be welcomed with a bucket of boiling water.

This leads me to the ‘stray cat’, because when you zigzag your way up to the town that is situated on a salt dome in an altitude of 545 metres, you cannot help feeling a little bit intimidated by the bombastic buildings on the edge of the abyss. And is you look more closely you will see barbed wire and armed guards on the lookout.

The fortress of Volterra
La Fortezza Medicea was built for military purposes in the Middle Ages, but the building turned out to be highly suitable for storage of political prisoners, who might be opponents of the Medici family or against national unity under the Risorgimento. The fortress still serves as a prison with criminals locked up in the medieval cells.

But it is not the jail that makes Italians knit the brows when you say you are going to Volterra. It is the psychiatric hospital which housed 6000 patient up until the 1970s. The incredible number of mentally ill people gathered in one place must have been an inferno of Dantesque proportions. Stories on the Internet relate that the hospital in Volterra had one sink for each 20 patients, while 200 patients shared a bath. Nonetheless, the now abandoned buildings contain a singular work of art.

The signature Nanof or NOF4 produced a frieze of 180 metres in the hospital yard, densely decorated with a very special, beautiful and touching kind of graffiti. This book carved in stone has fascinated psychiatrists, art historians and photographers, some of whom have described Nanof’s remnants as a lexicon of emotions. Others interpret the signs as a manual on how to cope with hallucinations, electromagnetism, radiation, high-tech weaponry, spaceships, alchemy, and certain metals magical force. But most of all the drawings resemble giant scribblings mixing words with geometric shapes and drawings of a church or a soldier.

The psychiatric hospital in Volterra closed in the late 1970s, and today the work of NOF4s decays rapidly. Weather and wind have sanded the wall, making the plaster flake off, some of the buildings have been demolished, and Nanetti Oreste Ferdinand himself died in 1994. The best chance of seeing the work of NOF4 is probably on photographs, cf. eg these ones on Flickr.

With these images in mind the drive up to Volterra and the sight of the fortress with its walls, towers, and enclosures acquire a whole new meaning and works as an antidote to too much sugarcoated Tuscan romance in one place.

Other notes on places near the fortress of Volterra 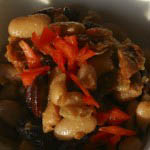 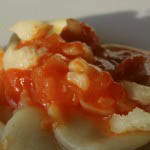