Unique hotels Tuscany: Relais Laticastelli near Siena in Tuscany is not the average, run-of-the-mill holiday resort. It’s a place with a story and a purpose in saving some of Italy’s unique cultural heritage by adapting it to 21st century standards.

Perched on a hilltop 30 km from Siena, Relais Laticastelli epitomizes the beauty, tranquility and comfort most of us expect to find in Tuscany. The hotel has 25 charmingly individual rooms along with its own restaurant, winery and pool. Gardens and terraces display a panoramic view of the magnificent landscape. And most of the attractions of central Italy can be reached within the hour.

These qualities, however impressive, are not what make Laticastelli special. The outstanding features are the still present links to history. 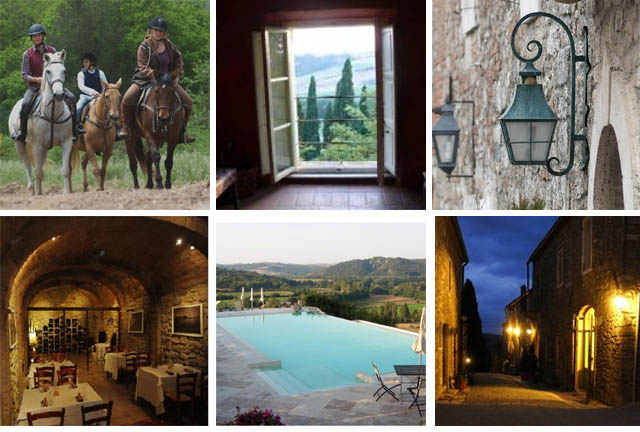 In these hills where international tourists rest their caddy bags between conquering one of the nearby golf courses, Roman soldiers set up camps when travelling between Siena and the hot springs in nearby Rapolano Terme.  And some of Laticastelli’s stone buildings date back to the early 12th century.

In 1260 Laticastelli was part of Siena’s defense line, and the soldiers stationed at this outlying fortress have been among the first to witness the approach of 35 000 hostile Florentines. The attack was part of an ongoing war between Sienese Ghibellines and Florentine Guelphs, and though outnumbered the Sienese in fortified hilltowns were able to hold up against the invading forces. Siena’s victory at the Battle of Montaperti just 15 km west of Laticastelli was notorious and has become legendary. Through luck and cunningness, the Sienese managed to incapacitate the Florentine standard-bearer, and without the flag to indicate whose side they were on the soldiers from Florence fled in panic.

From fortress to farming

In the 15th century, the Medicis conquered Siena and destroyed all the fortified castles including Laticastelli, but a small village came to life from the ruins. The ‘borgo’ was centered around a large farm with an estate covering 1000 hectares including its own vineyards, crop fields, olive groves, livestock, winery, flour and olive mills and livestock. They even had their own ‘Sala Comunale’ or town hall. The estate operated until after the Second World War. Then it went into bankruptcy, and for 20 years the village remained abandoned.

A unique hotel with every modern comfort in a medieval atmosphere

In 2001 the entire village was bought by Gonzalo Aguilar, a retired business man from Buenos Aires in Argentine. Mr. Aguilar and his wife had a dream of retiring to Tuscany, and they were completely overtaken by Laticastilli – the landscape, the food, the wine and the opportunities involved in turning the ruins and buildings of centuries past into attractive hotel accommodation. Since then Mr. and Mrs.  Aguilar have invested a lot of time and money in resurrecting the village with every modern comfort and amenity. And they have taken the utmost care to preserve the magic, medieval atmosphere of the original buildings.

So now I can’t help wondering what 16th century peasants had for dinner, when I visit the modern restaurant located in the cellars of the ancient winery. There is a special joy in riding through the surrounding forests on one of Laticastelli’s 7 horses trying to envisage what travelling these paths was like for the Romans 2000 years ago. And the awareness of a bloody medieval battle on the same land contrasts the calm and tranquility of the peaceful hotel village, where nothing beats a breast-stroke into the sunset or floating under the blue Tuscan skies in the inviting pool.

Disclosure: Some of the posts on Italian Notes are sponsored, but the opinions expressed are always my own.

Tours around Florence for Wine Lovers 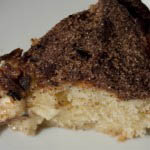 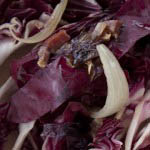 Radicchio and pancetta
Scroll to top