In 1487, the Battle of Calliano took place around Castel Pietra in Trentino-Alto Adige leading to the ignoble death of one of Italy’s most successful condottieri.

With hectic traffic and overcrowded autogrills on A22 , we have made a habit of leaving the motorway before Rovereto in favour of the single carriageway running alongside the River Adige. After a bend in the river just before Calliano, we stop at a popular inn for a gorgeous platter of local cheese, speck and ham followed by a stroll up to Castel Pietra for a sweeping view of the river surrounded by vineyards.

Along the path there’s a sign describing the 16 km Percorso dell’Arte hike to Castel Beseno, but no hints – that I have seen – to the long and dramatic Battle of Calliano that took place right here 530 years ago. A conflict that costed one of Italy’s most successful condottieri his life. 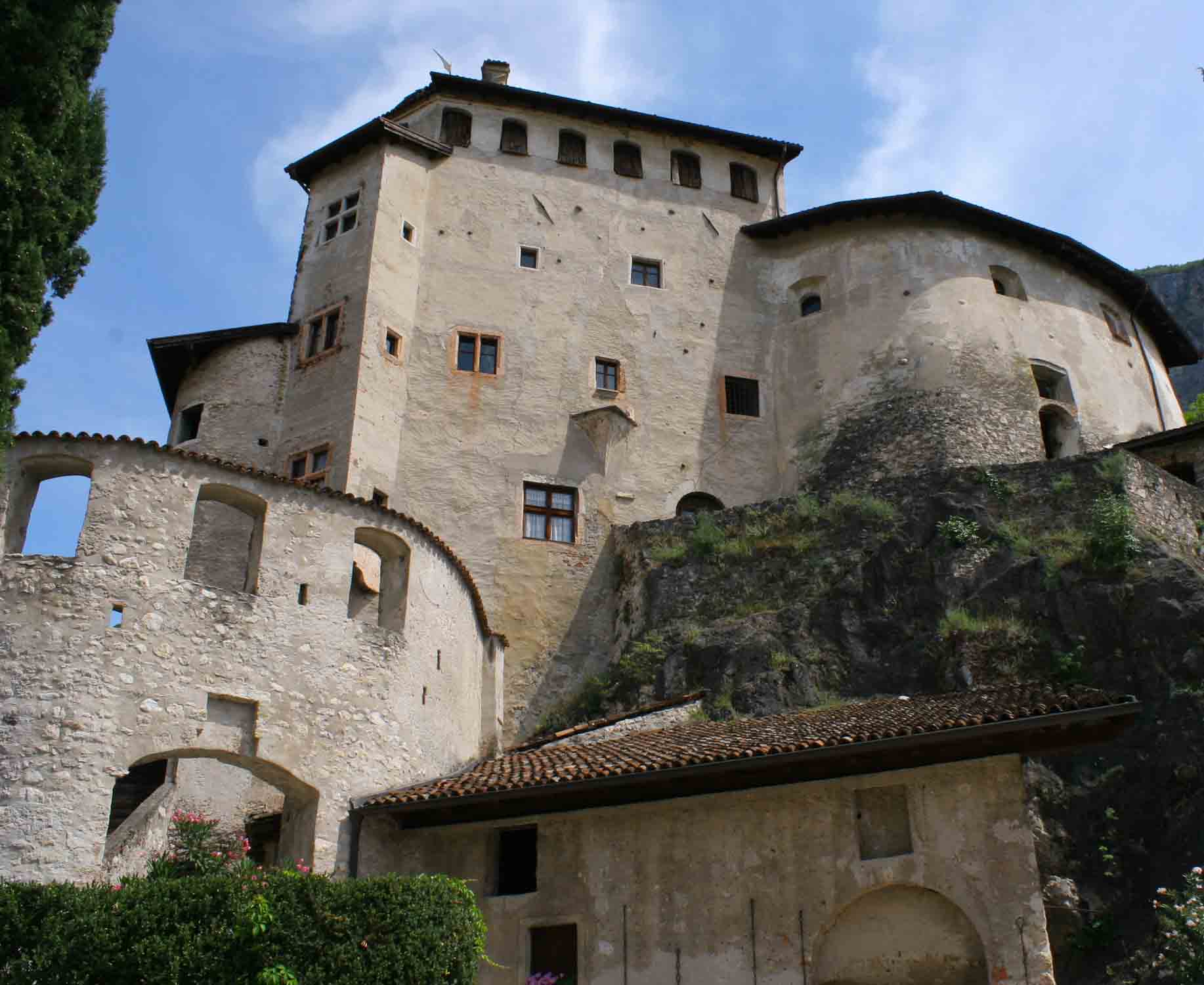 It is obvious that Castel Pietra was built for defense and intelligence purposes.

I’m thinking about Roberto Sanseverino d’Aragona. A professional mercenary become nobleman, who had married three times, fathered 12 children, fought for the dukes of Milan, Naples, Florence and Genoa, and been made count of Colorno and Caiazzo in reward for his military conquests.

In the 15th century, the papacy and Italian city-states were rich from trade, but they all had miserably small armies. Instead they hired professional military leaders known as condottieri with bands of soldiers willing to fight for whatever cause paid best.

In 1487 Roberto Sanseverino was 69 year old, but he was considered one of the best condottieri and commissioned by the Republic of Venice to put an end to continuous provocations by the Tyrolean duchies along the Republic’s northern border.

Relations between the Republic of Venice and the Tyrolean duchies led by Archduke Sigismund of Habsburg had been tense through most of the 15th century. It culminated in the early months of 1487, when the Tyroleans seized a Venetian silver mine in Valsugana, imprisoned 130 Venetian merchants participating in a fair in Bolzano and confiscating their goods, and stormed the pass of Calliano that marked the border between Tyrol and the Republic of Venice.

The border had been guarded from Castel Pietra. A massive, grey, structure with tiny windows in high and strategic positions that had seemed impenetrable, but by use of Medieval cutting-edge technology in the shape of a bombard the Tyroleans threw stone balls and broke down the castle walls.

Without the castle, the Venetians could not protect a right of passage to the northern markets, so they hired several condottieri including Sanseverino and stationed them in Rovereto, where they mobilized an army of 3200 infantry and 4000 cavalry.

Lots of drama and little loss

As professionals, the condottieri were known to stage their battles with lots of drama to satisfy their masters and minimal loss to ensure survival, and initially this strategy was deployed in Calliano. Over summer a series of more of less futile battles were fought without solving the conflict. Diplomacy did not work either, but in early August part of the Tyrolean coalition started to show signs of fatigue.

By that time Sanseverino was the condottiere in charge of all the men fighting for the Republic of Venice. He wanted to end the fighting once and for all by attacking the garrison at Castel Pietra. That way he could gain control of the road, which was crucial for winning the war.

Sanseverino had it all planned beforehand. On August 10, 1487, he wanted to stage a surprise attack on Castel Pietra and cut off supplies to Tyrol’s soldiers stationed inside. It was an elaborate and sound strategy that panned out perfectly. 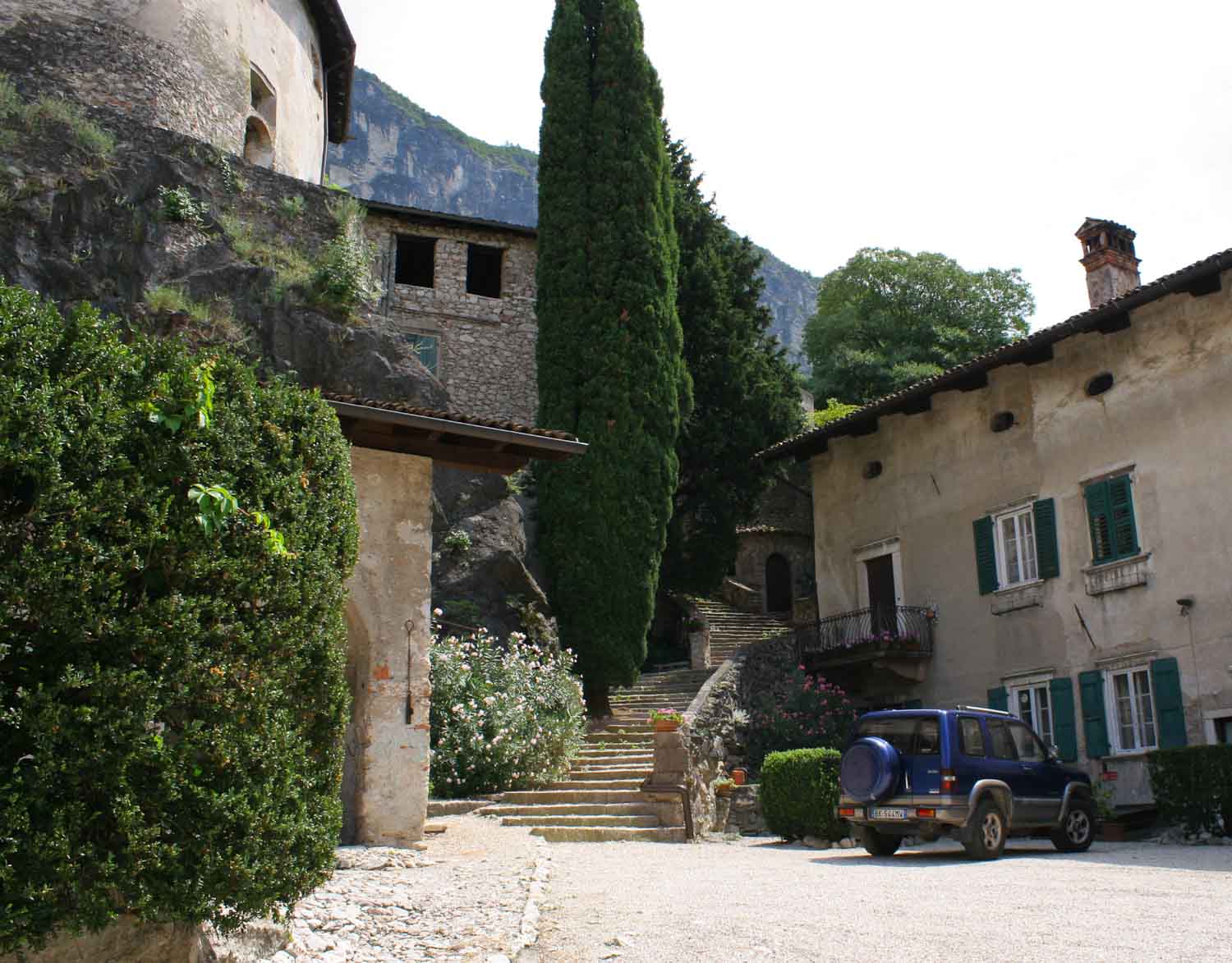 The courtyard of Castel Pietra, where Medieval soldiers in plate armour fought to protect the interest of their masters.

Early in the morning before sunrise Sanseverino ordered some of his men to swim from Pomarolo, which could not be seen from Castel Pietra, across the river Adige. Their task was to establish a bridgehead near Calliano and built a floating bridge of rafts, so that great numbers of soldiers could approach the castle without being seen.

While the sun rose over the valley, Venetian troops were mobilized and started the final Battle of Calliano by approaching the solid stone castle from all angles. A maneuver that went as planned. Sanseverino and his men laid siege to the premises and continued to advance further north towards Trento.

By noon the Tyroleans, who were greatly outnumbered, fled in all directions and those who couldn’t get away were just about to give up. They accidentally ran into two other armies of Tyrolean and German soldiers, who happened to be passing by, and with the help of these new found allies, they decided to stop the advancing Venetians.

In a matter of hours, the alliance staged several waves of surprise counterattacks, and thanks to superior military skills and local knowledge they forced Sanseverino and his men to retreat.

A total of 6.000 men were captured or lost their lives in the Battle of Calliano. Faced with these atrocities, the Venetians panicked and headed for the bridgehead in order to reach safety on the other side of the Adige river.

Unfortunately, the floating bridge couldn’t carry their numbers, and some of them including Sanseverino fell in the river in his plated armour and drowned. His body was retrieved a few days later and brought to the cathedral of Trento, where it is displayed as a kind of trophy.

Today Castel Pietra is privately owned and closed to the public, but visitors are welcome to pass through the premises in exploration of an area that once was a major battlefield. 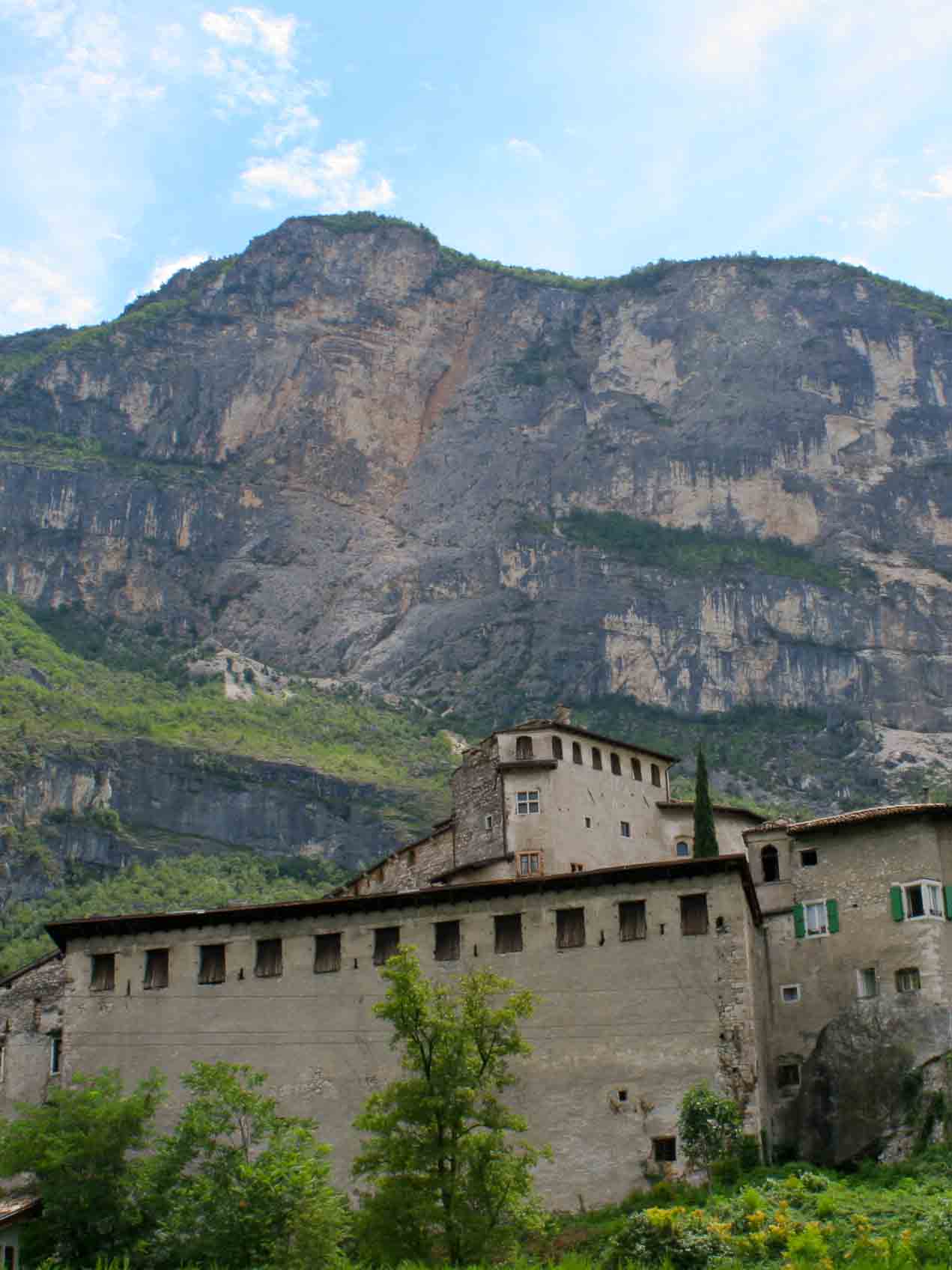 At Calliano the valley narrows in on the road and the river Adige.

Sponge Cake with Rhubarb and Chocolate Mousse
Scroll to top