Signs of Life in the Middle Ages

Keep reading if you wonder why Unesco World Heritage in Modena comprises a not immediately  interesting Romanesque cathedral with a soaring tower and other canonical buildings around Piazza Grande.

Maybe I’m becoming a tad blasé, when it comes to Italian churches, but it is hard to impress when you are measured against St. Peter’s in Rome, Piazza dei Miracoli in Pisa, Milan Cathedral and Saint Mark’s Basilica in Venice. I’m not even sure the Cathedral in Modena would qualify for a Top10 of Italian churches by these standards, but the grey, heavy-set building with its patched up appearance has been Unesco World Heritage since 1997 which warrants a certain interest and respect. So I challenged myself to find out why the Cathedral of Modena and the surrounding piazza is considered to be of outstanding value to humanity.

It turned out to be a lot harder than first presumed, even though I had Unesco’s four criteria as an answer book. 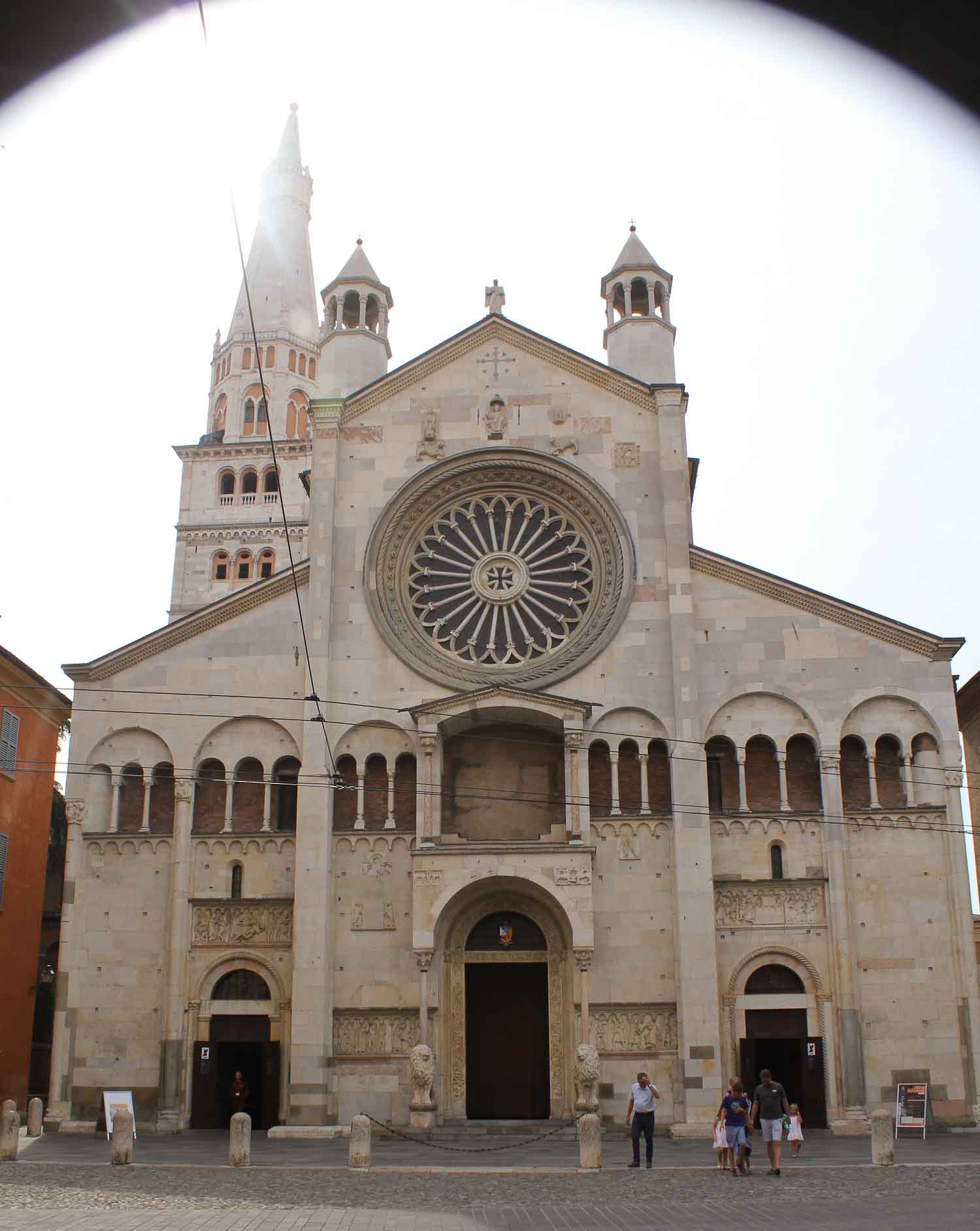 The main entrance of the cathedral with spolia and carved reliefs of biblical scenes in the facade.

Criterion (i):
The joint creation of Lanfranco and Wiligelmo is a masterpiece of human creative genius in which a new dialectical relation between architecture and sculpture was created in Romanesque art.

Lanfranco was the architect who initiated two centuries of work on the cathedral in 1099. The new building was designed to replace two previous churches on the site of Saint Geminianus’ burial, and for ideological or pragmatic reasons it was decided to recirculate old building materials and incorporate them into the new structure. The use of spolia gives the cathedral its motley appearance with patches of grey, green, white and rosy marble, disparate columns and antique sculptures that have had most of their distinguishing features erased over time.

Lanfranco teamed up with the sculptor Wiligelmo who chiseled and carved his sculptures and reliefs depicting biblical scenes into the walls of the building.

I must admit that I failed to see the dialectics between these two modes of expression. It is not as if the artist and the architect reach a new kind of understanding through negation and debate, but as empathized in criterion (i) it may mark the first appearance of a new trend. 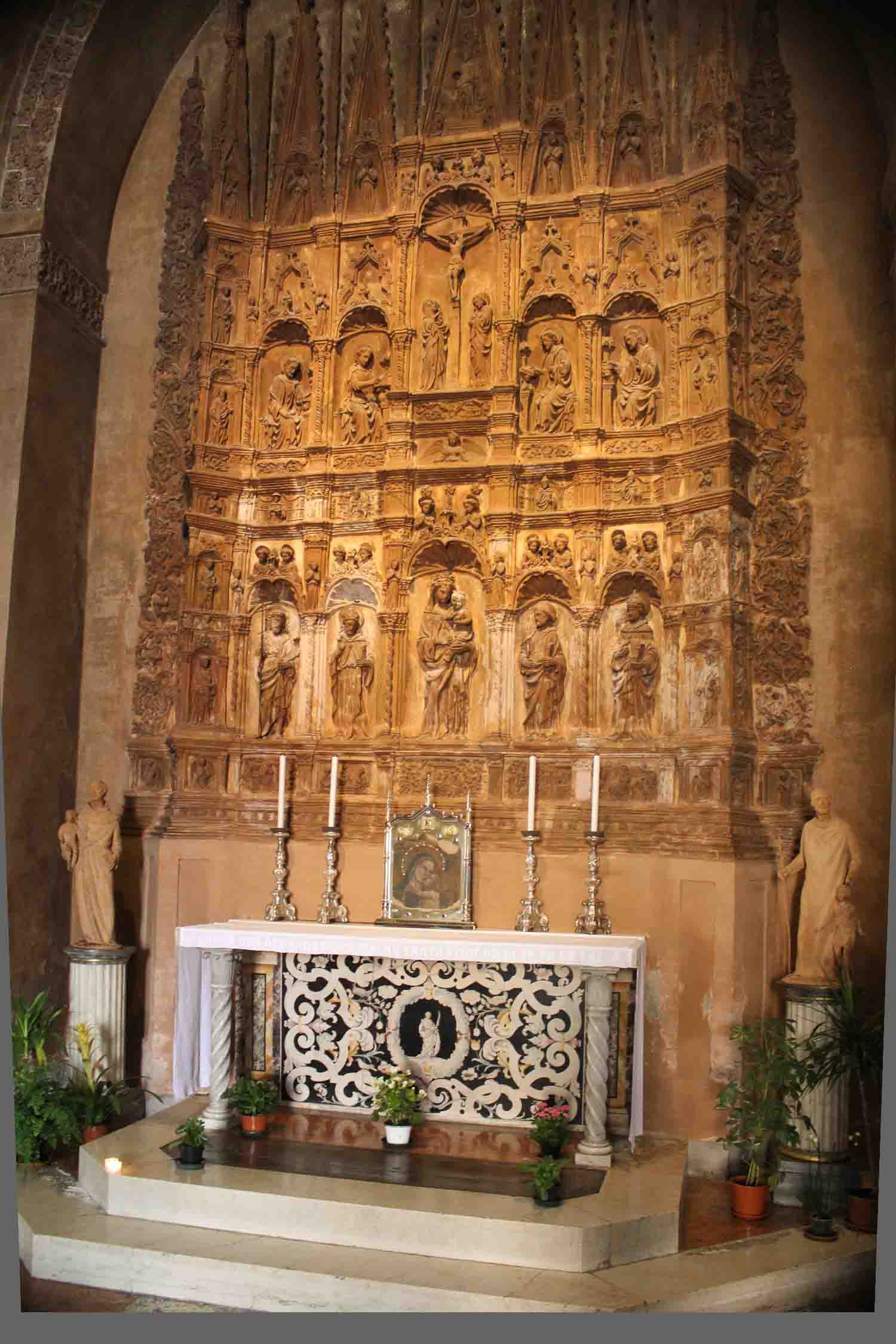 Criterion (ii):
Between the 12th and 13th centuries, the monumental complex represented one of the principal forming grounds for a new figurative language, destined greatly to influence the development of the Romanesque in the Po valley. Wiligelmo’s great innovations were to have a wide-reaching influence over late Italian medieval sculpture. At the European level, the sculpture of the Cathedral of Modena represents a privileged observatory for the understanding of the cultural context accompanying the revival of monumental stone sculpture. Only very few other monumental complexes, such as Toulouse and Moissac, can claim to be so important in this respect.

According to Britannica.com the Romanesque period revived the art of monumental sculpture after almost 600 years of dormancy.

I tried to look for free transformations, stylizations and expressive distortions in the stonework, and found potbellied men sleeping it off, while Eve accepted an apple from the snake, bird symbols of death and resurrection, and Cain who clubbed his brother Abel to death. The sculptures were not as monstrous, heavenly or profane, as I had expected, and I found it hard to see how they reflect on the fears and aspirations of medieval man, but they serve the purpose as a pixie bible. And Michele da Firenze’s Altare delle statuine from the 15th century is a pottery masterclass. 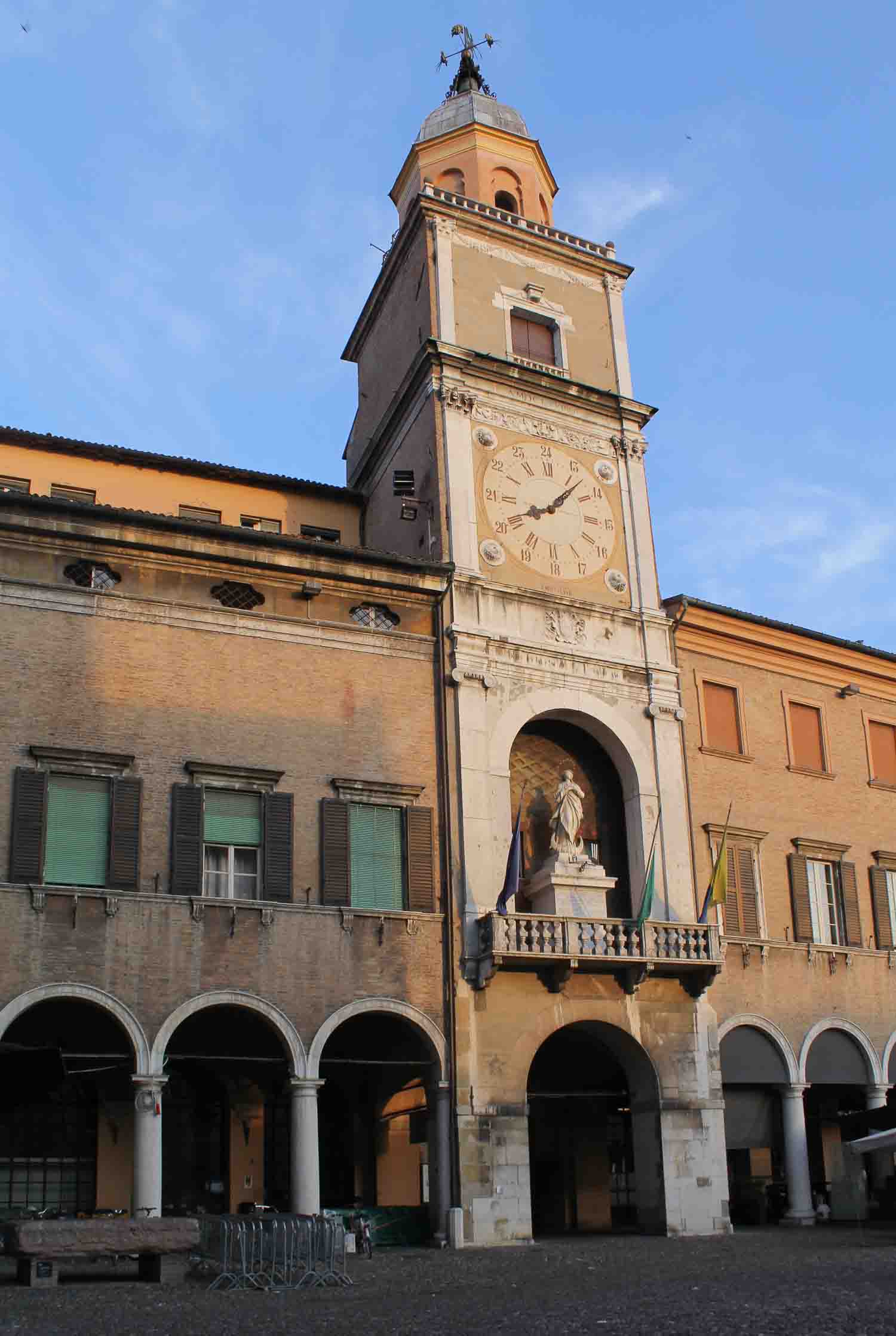 Reflections of the Organization, Religious Character, Beliefs, and Values of Society

Criterion (iii):
The Modena complex bears exceptional witness to the cultural traditions of the 12th century in northern Italy’s urban society where its organization, religious character, beliefs, and values are all reflected in the history of the buildings.

Looking for the cultural traditions of the 12th century plus-minus I find a stone bench known as the Preda Ringadora. It was used as a speaker’s corner and a place for public punishment and shaming. Fraudsters had to tour the square three times in the company of a trumpeter, while wearing with a hat with a capital “C”, before they were forced to lay down barebacked on the turpentine covered stone bench. Those who suffered a violent death were placed on the bench for identification. Executions were performed here. And blasphemers had nails driven through their tongues as a disciplinary measure.

It is had to imagine the medieval gore in an environment that has been taken over by wedding parties, fruit and veg barrows and antique stalls, but the stone bench is still there as a reminder. As is a sculpture of a simply dressed woman guarding the square from the corner of a building as can be seen in the top picture. The woman is called the Bonissima and represents the ‘Buona Stima’, which meant that the Municipal Office guaranteed the correctness of weights and measures, so I suppose Unesco’s 3rd criterion is met. 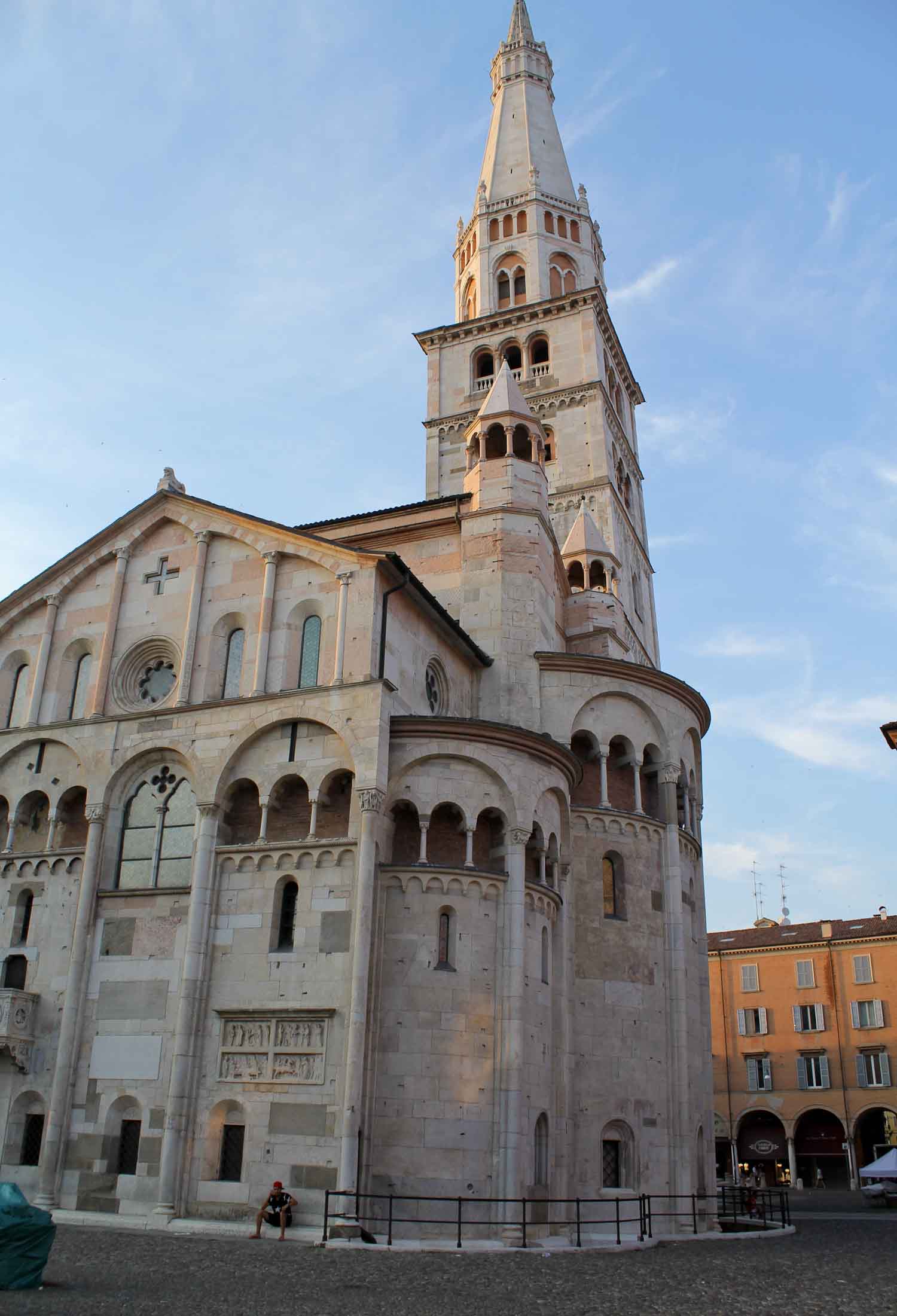 The Cathedral and the Ghirlandina tower served both religious, civil and defensive purposes.

One of the Best Examples of Religious and Civic Values Combined

Criterion (iv):
The monumental complex constituted by the cathedral, the tower, and the square is one of the best examples of an architectural complex where religious and civic values are combined in a medieval Christian town; when urban development was closely connected with the values of civic life, especially in the relationships it reveals between economy, religion and the political-social life of the city.

The last criterion sees the cathedral in relation to the other monumental buildings around Piazza Grande. These include the Ghirlandina, the Town Hall and the Civic Tower in particular.

The first six floors of the bell tower are contemporary with the Cathedral: but the structure remained unfinished, it faced serious stability problems and was leaning slightly. As a manner of compensation, it was later extended with an octagonal spire that inclined in the opposite direction.

The tower was not only used for religious purposes but also as a civil and defensive structure. Rooms in the Ghirlandina were only accessible from the arches of the cathedral, which made them safer. And in one of them, the Secchi Rapita – or the stolen bucket – was kept as an emblem of an everlasting war with neighbouring Bologna starting from the Battle of Zappolino in 1325. 200 steps further up the lookouts had their Stanza dei Terresani. They lived in the tower to keep watch over the city of Modena, and must have had a magnificent view of Piazza Grande and all the other landmarks in the area. I haven’t experienced it myself though, as laziness prevented me from climbing the tower all the way to the top.

The Town Hall, Torre Civica and other buildings around Piazza Grande were built centuries later than the Cathedral and the Ghirlandina, which explains the marked differences in architectural style. Still, it’s a beautiful building, which has been included in the listing of Unesco World Heritage in Modena.

This makes me realise that these sites can only be considered of outstanding value to humanity when seen in a broader context. The buildings are not particularly memorable in their own right. They don’t have the wow factor of world sights. Still, their history, novelty, curiosity and coherence makes them exceptional and this is why they deserve their World Heritage status. 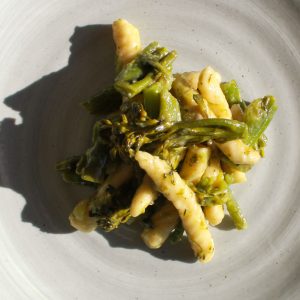 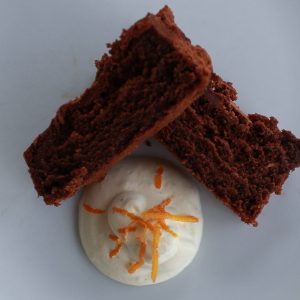