Tomaxelle meat rolls is a specialty from Genoa in Liguria where it is traditionally served for Sunday dinner with mashed potatoes and cooked peas.

According to some sources the recipe for tomaxelle meat rolls is extremely old. The name derives from Latin ‘tomaculum’ meaning huge sausage, and the original orthodox version is prepared without tomatoes which did not enter Italy until the 16th century. The locals also debate whether the sauce should be clear liquid or whether to include bits of meat like a ragu. I’m obviously of the last persuasion, as I don’t want to remove the bits of filling that spills out during cooking.

In other words, I have taken the liberty of adapting the tomaxelle meat rolls to my personal taste. I use tomatoes in the sauce and substitute offal for minced meat. Still, the result is absolutely delicious – and unlike braciole and involtini meat roll recipes from other Italian regions.

Soak the mushrooms in tepid water
Beat the meat with a meat hammer to make the slices extra thin.
Peel and dice shallot and garlic
Heat up the olive oil in a thick-bottomed pot and fry onions and garlic over moderate heat.
Add the minced meat and let it brown.
Press the water from the mushrooms, but save the liquid for later.
Chop the mushrooms finely and add them to the pot along with salt, pepper, thyme and marjoram to taste.
Transfer the filling to a mixing bowl and mix with egg, grated grana, pine nuts and bread crumbs.
Place a spoonful of the filling on each slice of meat.
Roll the meat around the filling and seal it with a wooden toothpick.
Mix flour with salt and pepper and dust each tomaxelle.
Heat up more olive oil in the pot and fry the meat rolls on all sides.
Remove the browned meat rolls from the pot, while you prepare the sauce.
Turn up the heat and add white wine to boil off the residue that sticks to the bottom of the pot.
Add tomato paste, the liquid from the mushrooms, meat stock along with thyme and marjoram.
Return the tomaxelle meat rolls to the pot and let them simmer in the sauce under lid for at least 30 minutes.
Adjust the taste with salt and pepper and your tomaxelle meat rolls are ready to serve 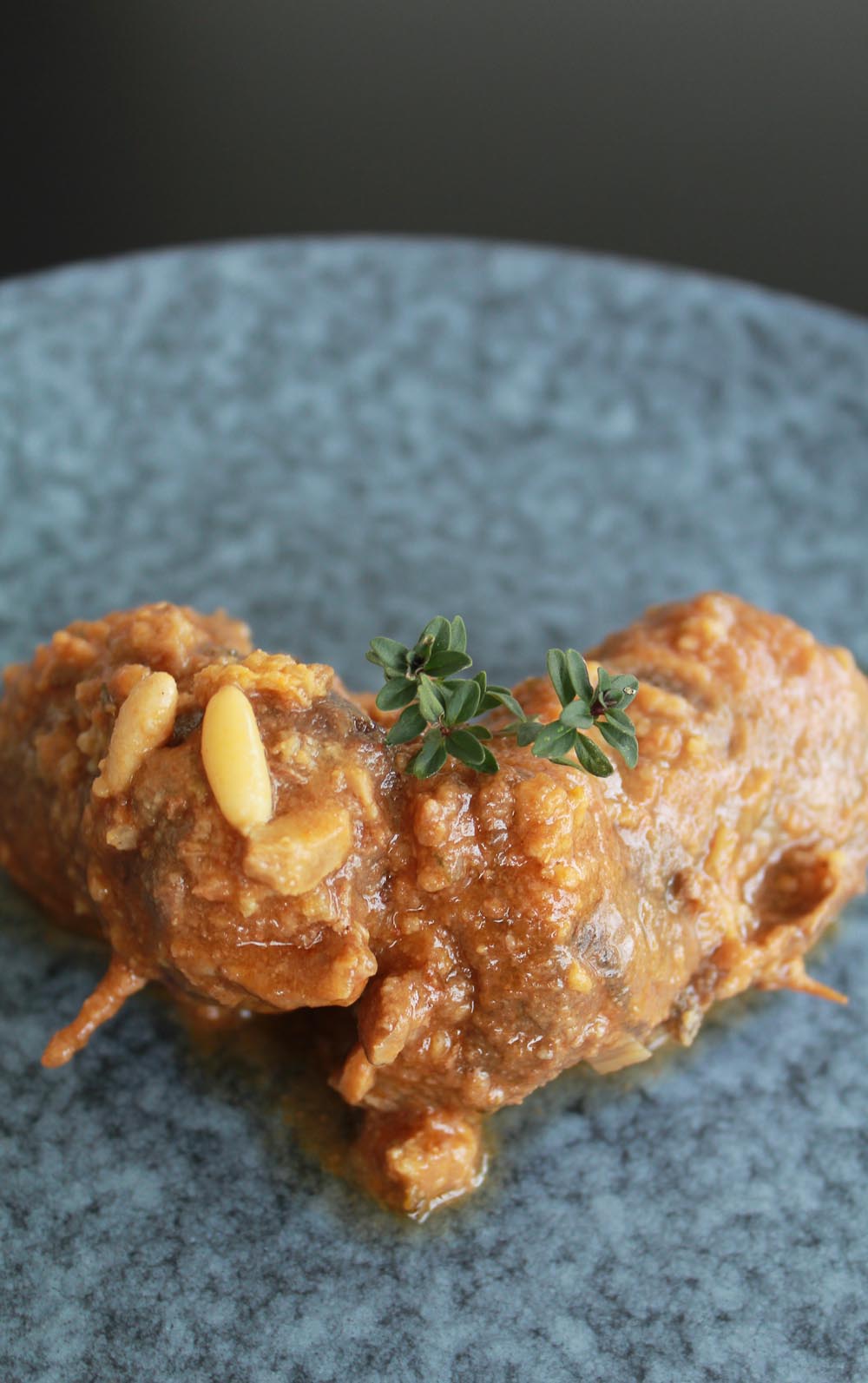 Wild herbs and dried mushrooms give the tomaxelle meat rolls their characteristic flavour. 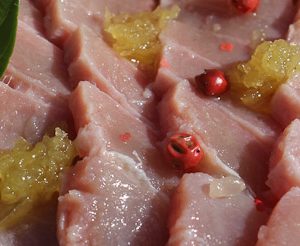 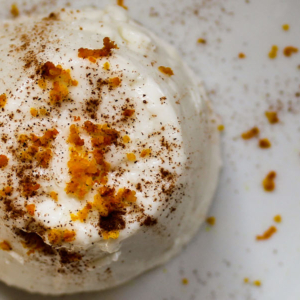