Blancmange with cinnamon and orange zest

If you have ever read ‘The Leopard’, you won’t forget Tomaso di Lampedusa’s description of the refined combination of biancomangiare with pistachios and cinnamon. But there are other ways to add elegance and taste to a blancmange dessert.

Biancomangiare is a traditional Sicilian pudding of the old fashioned kind that quivers and wobbles, until it is eaten. The basic ingredient in this version is almond milk which tastes like synthetic marcipan, if you drink it cold, but it turns into a comforting, not too sweet treat, when you mix it with vanilla and double cream.

In this recipe I’ve given the blancmange a dusting of cinnamon producing a flavour reminiscent of warm Danish rice pudding. I have left out Lampedusa’s nuts and added orange zest instead, as I prefer a tang to a crunch, but you can do it either way or even include both.

For a blancmange made from almonds instead of almond milk, see this almond pudding recipe.

Soak the gelatin in 50 ml cold almond milk.
Heat the remaining almond milk with sugar and vanilla sugar in a saucepan, until all the sugar has dissolved.
Remove the saucepan from the heat and stir in the cold almond milk with gelatine.
Add finely grated orange zest, but save some for later.
Whip the double cream slowly until it starts to firm up in soft peaks. Don’t over-do it, or you’ll end up with butter.
Fold the whipped cream into the blancmange mixture, and pour it in 4 ramekins (Disposable paper cups can also be used).
Leave the blancmange to set in the refrigerator for 3-6 hours.
Decorate the blancmange with a dusting of cinnamon and grated orange peel before serving. 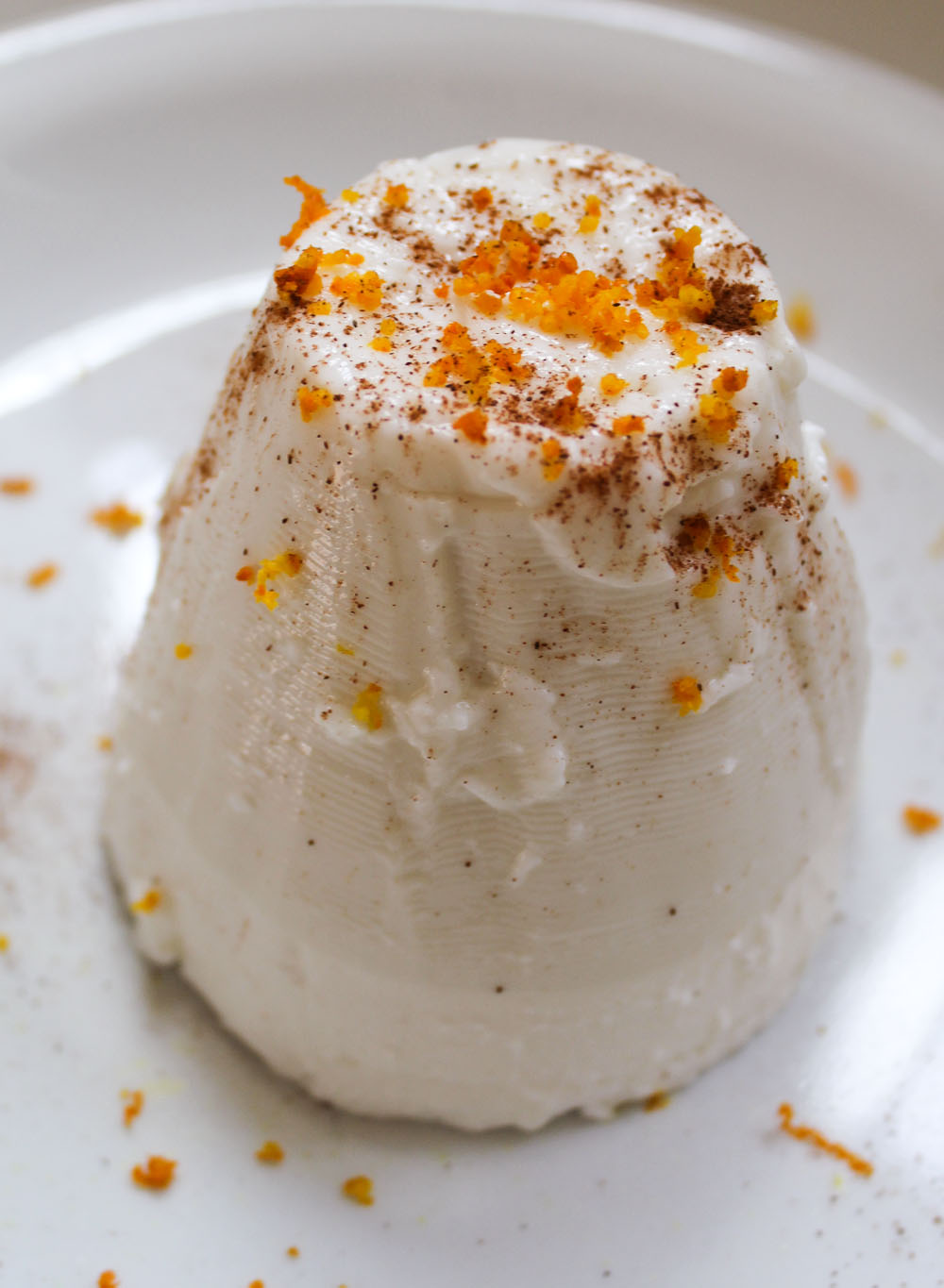 Blancmange made from almond milk and whipped cream and decorated with cinnamon and orange zest. Delicious. 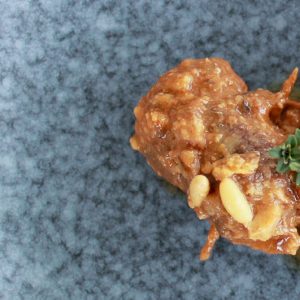