When you’ve finished with the obligatory World Heritage sites in Ravenna, here’s a suggestion of five other sights that are too good to go unnoticed. 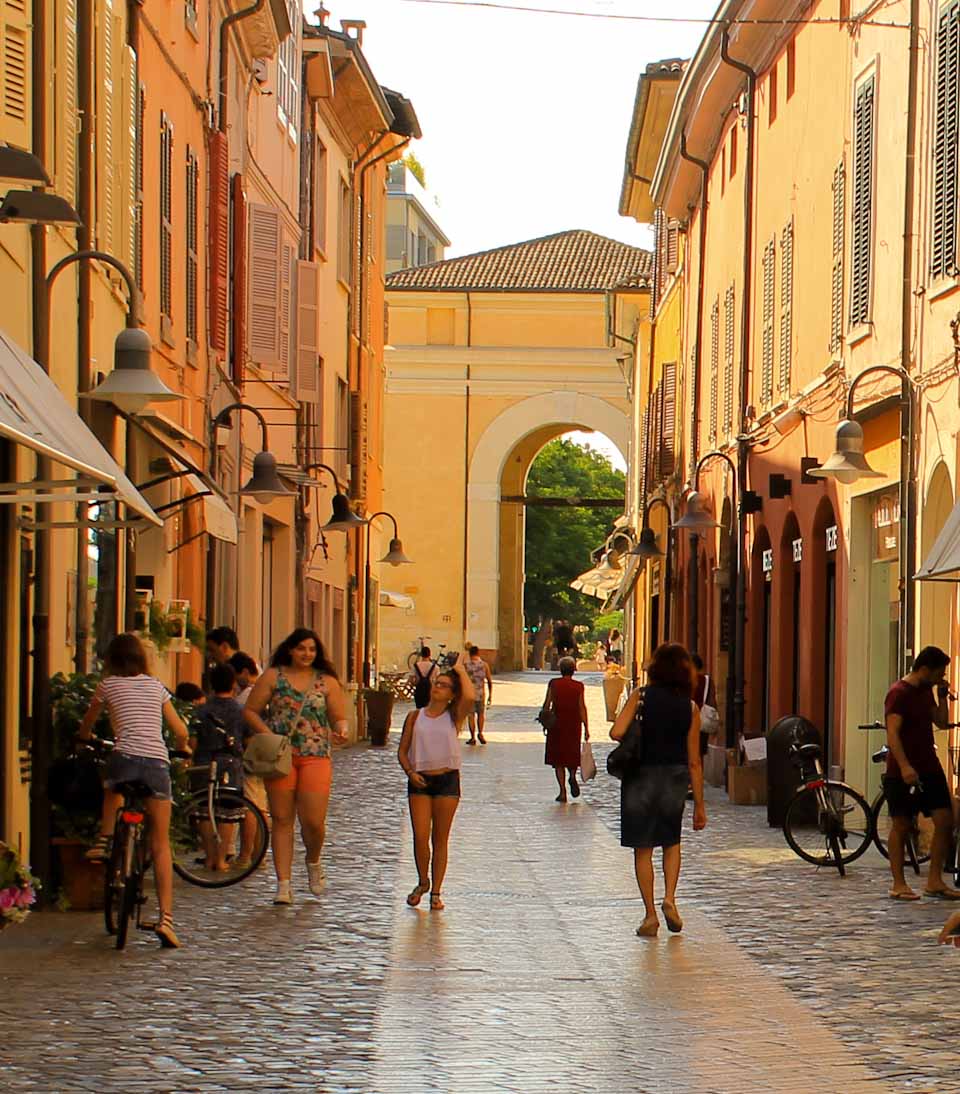 Porta Adriana at the end of one of Ravenna’s many car free shopping streets.

When Lord Byron, who was in charge of his illegitimate daughter Allegra arrived in Ravenna in 1819, he was stopped at Porta Adriana because a procession was in progress in the city center. This must have given him time to contemplate the city gate which dates back to the Roman Empire. The gate was reconstructed and decorated with marble in the 16th century. At that time it also had two round towers on each side of the gate and a drawbridge leading over the moat that surrounded the city centre. 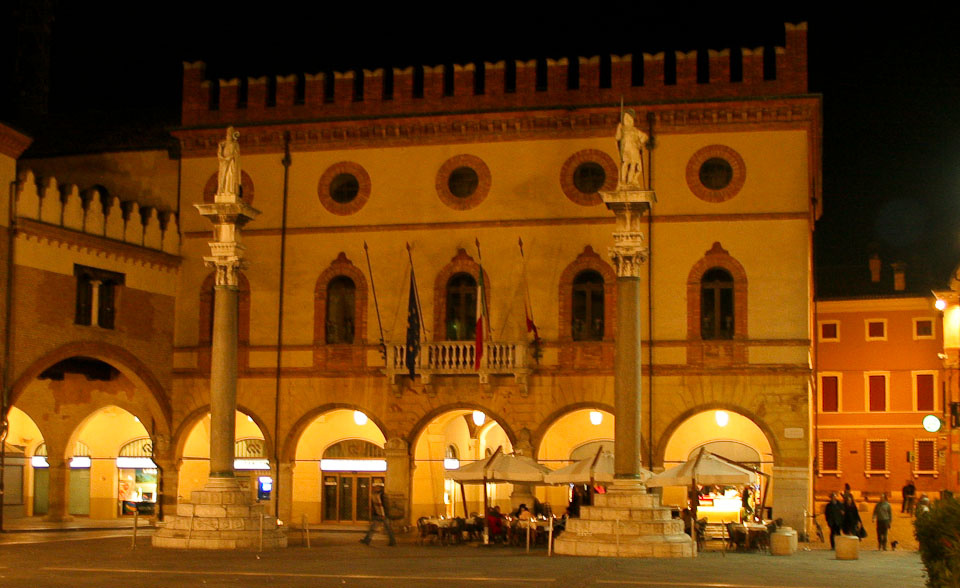 From early morning to late evening, people are hanging out on Piazza del Popolo. The square with the beautiful Ventian style Palazzo Communale serves as the centre of Ravenna, linking a comprehensive web of pedestrian streets with lots of cafés, bars, restaurants, gelaterie, shops and galleries. Pure consumer delight. 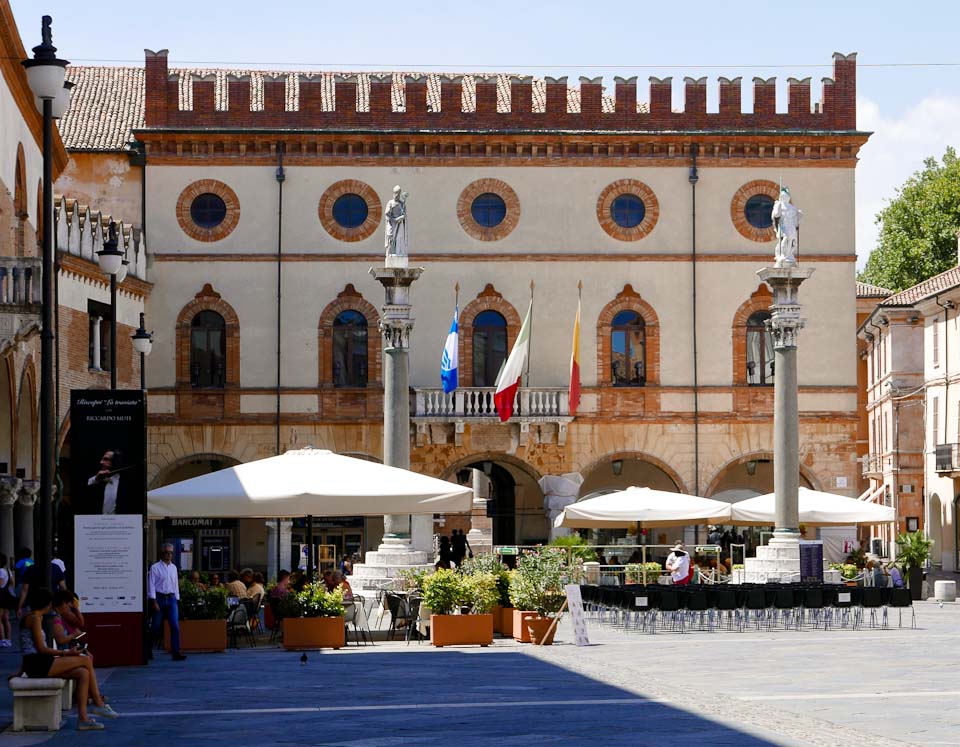 Perched on columns in Piazza del Popolo are the two saints Sant Appolinaire and San Vitale.

Martyrs with a view

To me there seems to be an awful lot of columns in Ravenna, which is probably an exaggeration, but still I plan to start a photographic collection next time I go there. I’ll start with the two columns on Piazza del Popolo. Balancing on one of them is Sant Appolinaire, a Syrian Christian who became bishop and miracle maker in Ravenna until he was beaten up and tortured in the most gruesome manner three times and finally died. His relic, or most of it, is kept in Basilica of Sant’Apollinare Nuovo.

Hovering over the other column is San Vitale: another early Christian martyr and patron saint of Ravenna, who is said to have been buried alive near the place, where the famous Basilica of San Vitale now stands. 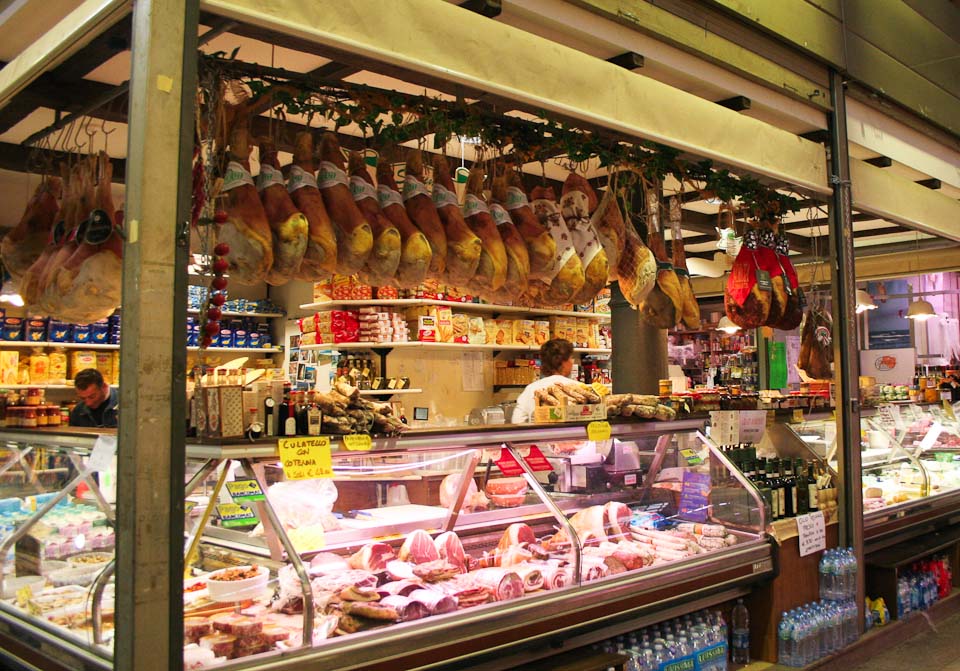 At the covered market in Ravenna, you’ll find booth after booth with all the local delicacies

The covered market on Piazza Andrea Costa is a mouth watering exhibition of the very best Italian fresh produce, whether it is cheese, ham, sausages, pasta, fruit or vegetables. It is a perfect place to stock up before travelling, if you want to take a bite of Italy home, or to buy food for an unforgettable picnic. 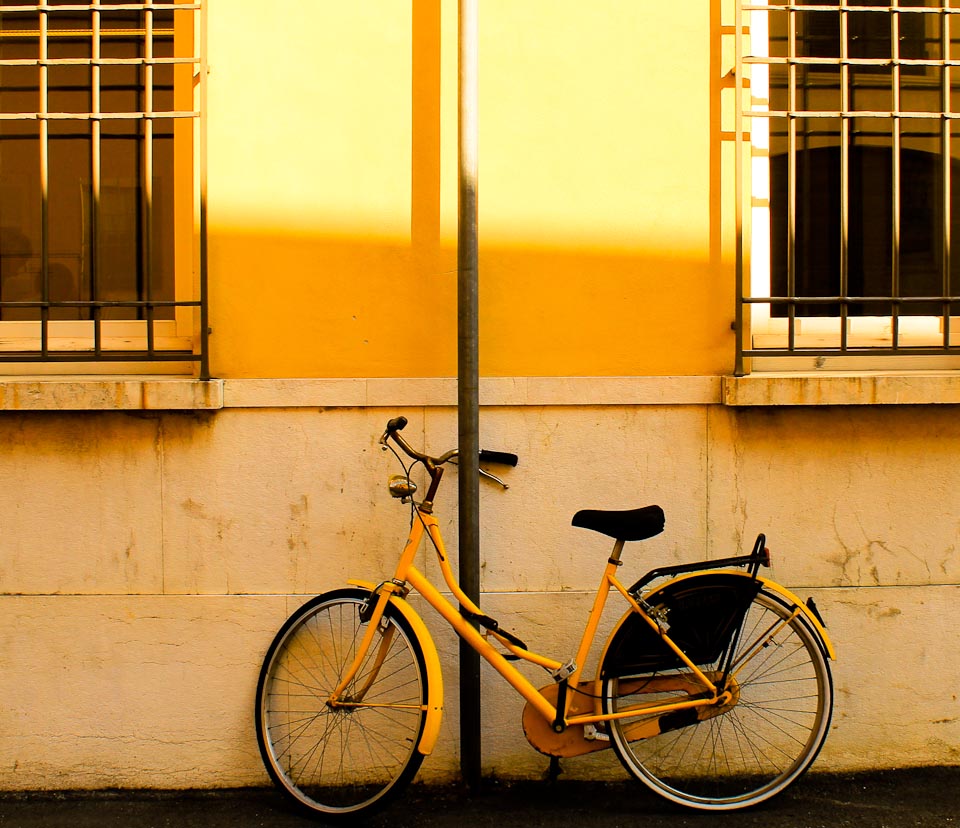 Though yellow this is not a public bike, but I liked the colours.

In the daytime Ravenna is filled with bikes, some of which are part of the C’entro in bici programme. C’entro in bici means that the municipal has acquired a number of bikes to the free disposal of the public. The yellow ones are dedicated to tourists – just ask for a key in the tourist office or at your hotel. For 5 euros you can also rent a bike and ride out of town. The area is flatter than Holland, there are cycling lanes everywhere and the distance to the coast is less that 10 km.

For day trips (plus 30 km each way) you could go to Lugo, Comacchio, the Rubicon River or Porto Garibaldi.

Maps were disabled by the visitor on this site. Click to open the map in a new window.
5 replies