Health and self-indulgence in Bagnacavallo

Bagnacavallo is a small town between Bologna and Ravenna with loads of restaurants and a reputation for health and self-indulgence.

Traversing Italy from north to south requires a few stops along the way, and one of the perfect stopovers is between Bologna, Ravenna and Rimini in towns such as Lugo, Dozza and Bagnacavallo. Bagnacavallo is a small town with loads of restaurants and very high, but still affordable culinary standards. A personal favourite is Osteria Malabocca, interpreted as Ma la Bocca to avoid suspicion of hurting the mouth. 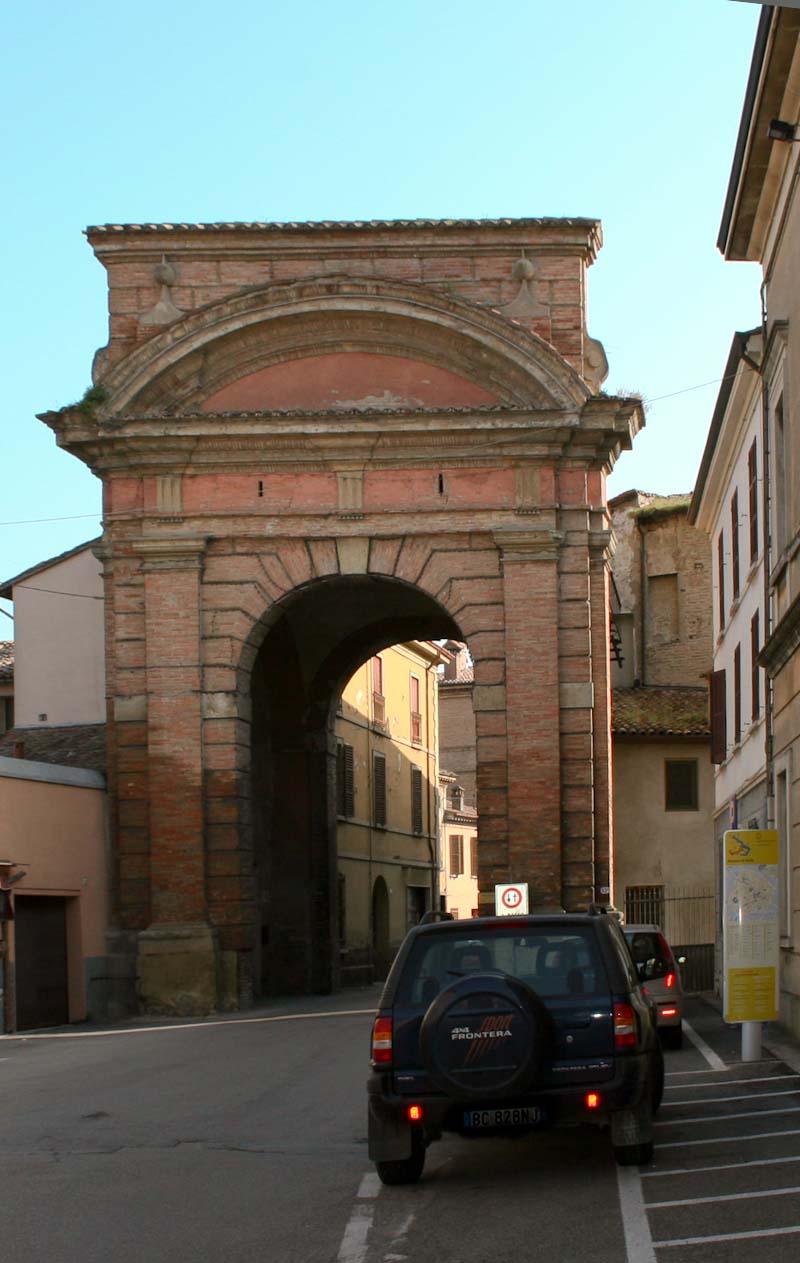 The gate to Bagnacavallo where Byron left his illegitimate daughter.

Enters ill and comes out healthy

During an exquisite meal here, the chef emerged to chat about the genteel aspirations of the name and speculations that modern day tourists may have been preceded by the great poet Dante.

– Do you know, the Romans used to come here to cross the river Senio, and they believed the water had a therapeutic effect on ailing horses? He asked with considerable reverence. In the high Middle Ages the place became known as Bagnacavallo, because this was the place to bath the horses, and even today Ingredior rhoebus, cyllaros egredior meaning “It enters ill and comes out healthy” is inscribed in the city’s coat of arms. 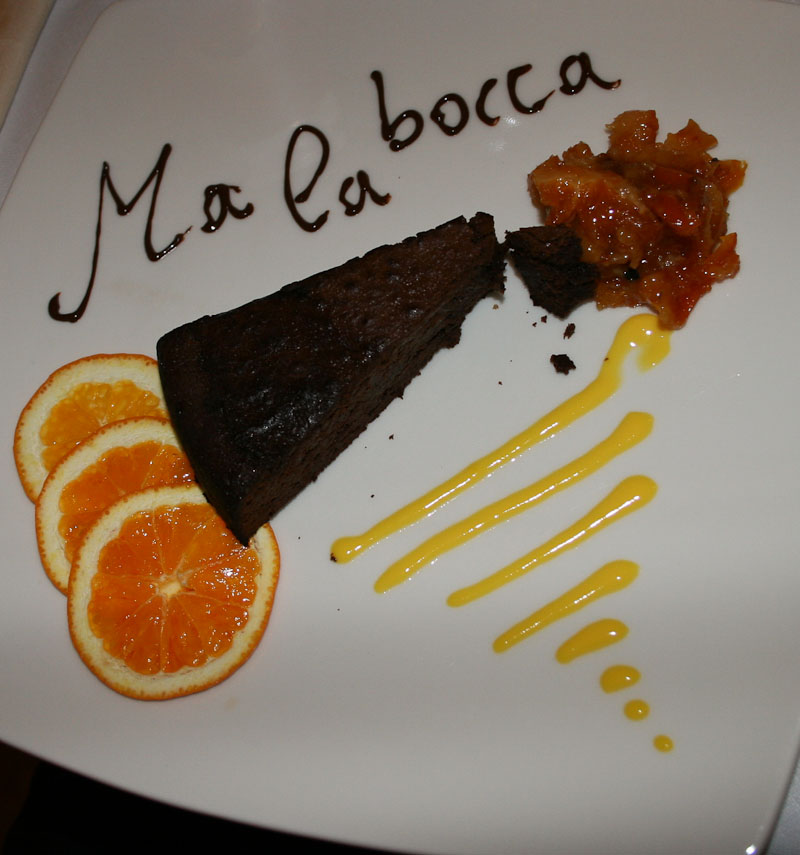 There are so many great restaurants in the small towns around Bologna. Malabocca in Bagnacavallo is one of them.

The next day we went out to look for the miraculous waters, but found only farmland and signs to the near-by town Cotignola that was basically destroyed during the Battaglia del Senio between German and allied forces in April 1945.

I was reminded of my experiences in Bagnacavallo the other day, when reading Byron: Child of Passion, Fool of Fame.  Apparently, the great Romantic poet left his illegitimate daugter Allegra at the Capuchin convent in Bagnacavallo, while he pursued his flamboyant interests elsewhere. In 1822 when Don Juan was being lived and writted, the five-year-old died from fever surrounded by nuns at the convent.

It would appear that Bagnacavallo lost some of its health-bringing magic many years ago, but self-indulgence lives on in the menu degustazione and it can be highly refreshing.