Early every morning fishing boats return to Porto Garibaldi accompanied by a cloud of seagulls. But fish are not Porto Garibaldi’s only claim to fame.

Originally Porto Garibaldi was just a marsh in the Po delta, but the history of the place changed in August 1849, when the legendary Garibaldi and his 28 year old Brazilian wife and comrade in arms fled from the papal police and the Austrian army. Anita, who was the mother of Garibaldi’s four children, was pregnant and sick with malaria and the skilled horsewoman had to ride in a slow cart pulled by a pair of oxen.

The death of a heroine

Some local fishers on the Adriatic coast were persuaded to help the refugees, who were trying the reach Venice, but they were cut off by the Austrian navy and had to disembark near Comacchio and continue over land. In the marshes, Anita lost consciousness and Garibaldi and his loyal friend had to carry her on an old mattress. At last they found shelter and water at a farmhouse in Mandriole, but Anita died shortly afterwards.

She was hurriedly buried in a shallow grave, while Garibaldi continued his flight. A few days later playing children discovered Anita’s arm protruding from the sand, she was exhumed and given a proper burial at the local cemetery. Subsequently her remains were moved to Nice and Genoa and finally to Rome, where they erected an equestrian monument in her honour.

In Porto Garibaldi, there are few traces of this important historic event apart from the name, which was changed from Porto di Magnavacca in 1919. The fishing village still has a lively harbour and in summer holiday-makers flock the beaches along the coast.

The most fascinating thing, however, are the rows of fishing houses that look like the trabucchi  used in Abruzzo, Molise and Gargano with their long, balanced poles and nets waiting to be lowered and pulled up with a catch of carp. As if the fish in these brackish waters are so plenty they can be scooped up on the dinner table at any time anyone feels hungry for more in Porto Garibaldi. 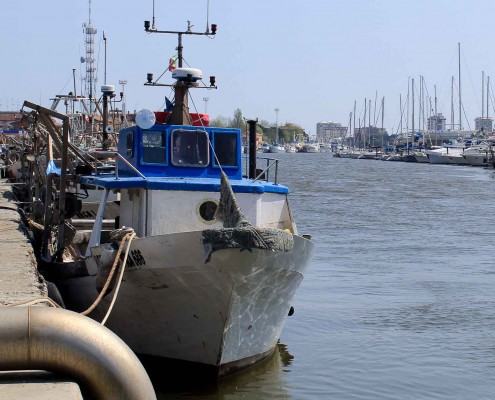 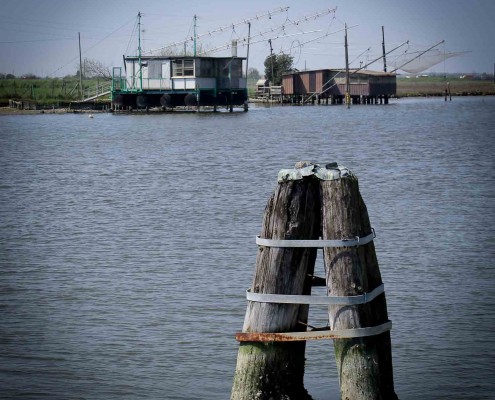