Milan may not top the list of tourist destinations, but the style capital of the world holds an understated charm, you don’t have to be a fashionista to appreciate. Here is a quick guide to Milan for men or rather my list of the mainly masculine attractions in the city, apart from the opera and the wonderful cathedral.

A day at the races

North of Milan city centre, the historic race track Monza runs Formula 1 Italian Grand Prix races. When there are no races, visitors can test the race court by car, bicycle or roller skates. Or they can make a pit stop at the Libreria Acquati bookstore that stocks more than 15,000 titles, posters, and things related to motorsports. The autodrome is located in one of Europe’s largest and oldest park (Metro stop: Cathedral Biassono / Lesmo /Autodromo).

Milan has two football teams, Inter and AC Milan, in the Italian Serie A. They take turns playing on home ground in San Siro giving visitors a good chance to experience an Italian soccer game with up to 80,000 enthusiastic tifosi (Metro Lotto). 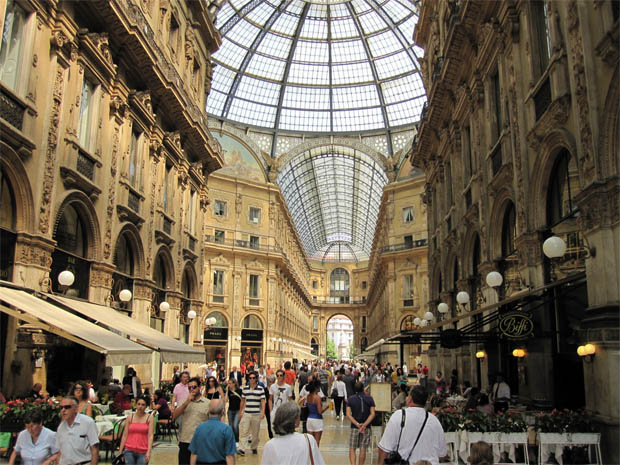 Photo by robinbos on Creative Commons

Few cities have a more lavish choice of cafes, wine bars, cocktail bars, birreria, gelateria, pasticceria and stuzzicheria than Milan. One of the most famous watering holes is Savini in the shopping arcade Galleria Vittorio Emanuele II, where you might sip vermouth from a glass previously used by Maria Callas, Charlie Chaplin or Frank Sinatra (Metro Duomo).

Or check out the exquisite café and food store Peck for a basement brimming with Barolo, Amarone and other vintage wines. On the first floor there is a mouth watering selection of chocolates and cakes served with the best espresso coffee, and on the way upstairs you are tempted by mountains of sausages, cured meat, pesto, pasta and cheese. It’s delicious. (Metro: Cordusio)

Milan’s fashion district known as Quadrilatero della moda around Via della Spiga and Via Monte Napoleone is the ultimate shopping treat for big spenders of all sexes. Try Dolce & Gabbana for flashy outfits, Gucci for shirts, Ferrari Store for affordable cars and Prada for sportswear. Or buy yourself a brand new Armani lifestyle in the world’s first Armani department store on Via Manzoni. (Metro: Montenapoleone‎) 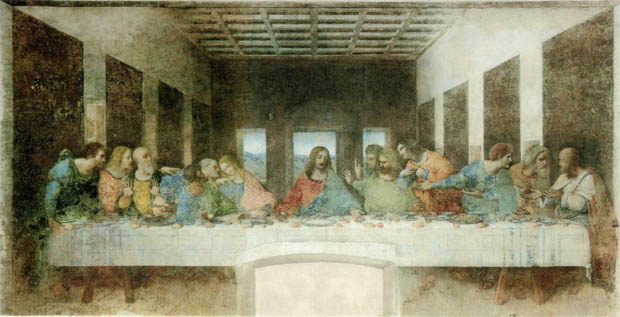 If you have read Dan Brown’s ‘Da Vinci Code’ you might want to stop by the Santa Maria delle Grazie refectory to see whether Leonardo da Vinci really did paint Mary Magdalene to the right of Jesus on  “The Last Supper’. The 500 year old colours appear a little faded, and you have to queue through security gates and climate control to get 15 minutes in the company of the celebrated fresco, but the painting is still one of the finest works of art in Italy and it is advisable to book tickets in advance (Metro: Conciliazione).

More to see and do around Milan

The cathedral of Milan

What you must see in the Vatican Museums