What you must see in

With 1400 rooms, chapels and galleries it’s impossible to cover the world’s largest collection of art in less than a couple of days. This is a guide to what you must see in the Vatican Museums.

If someone tapped me on the shoulder and asked what I remember seeing in the Vatican Museums, I’d say the queues to get in, the crowd in the Sistine chapel and the double helix staircase on the way out. Not an impressive outcome of a visit to 54 museums housing one of the world’s largest collection of art, but I guess you get snowblind after the first 50 masterpieces. This list seeks to guide you to the greatest hits you must see in the Vatican Museums. 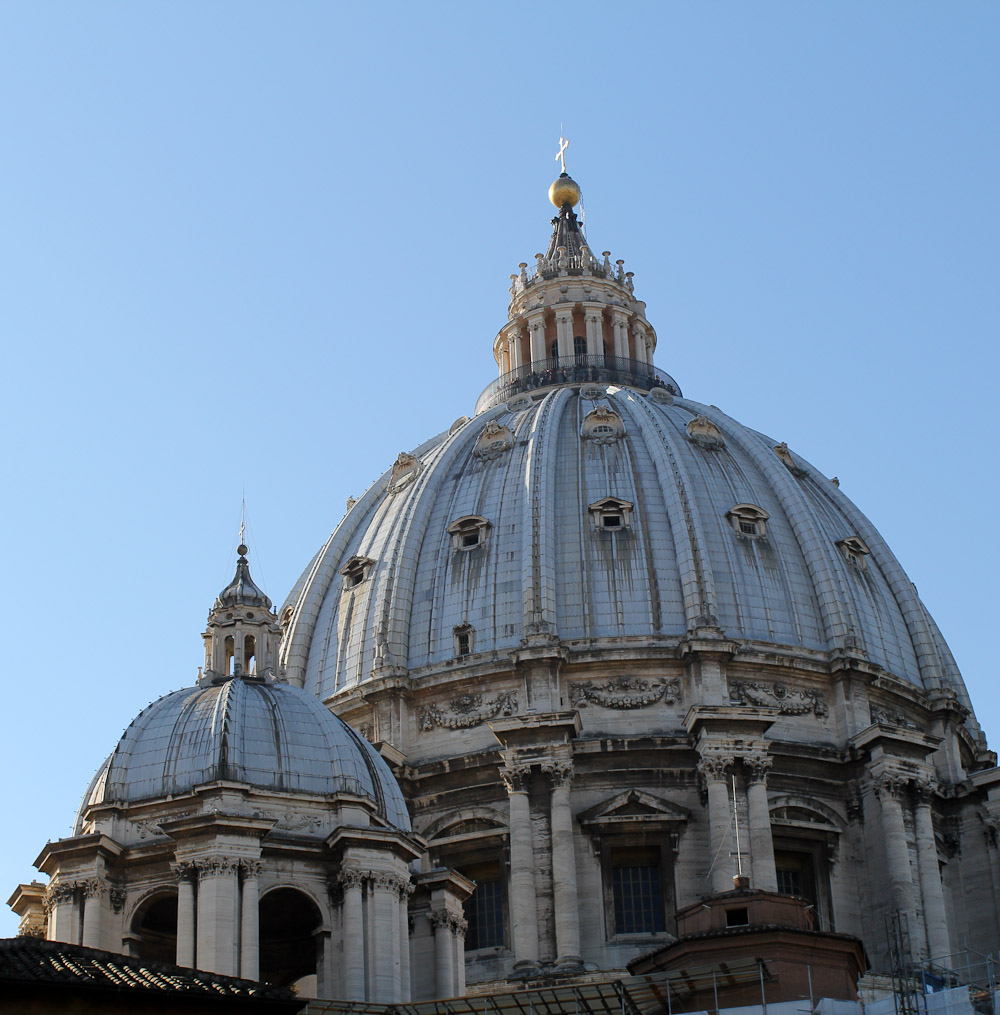 A view to the St Peter’s dome.

Every guidebook says this, but you’ll still see people lined up along Viale Vaticano from 9 am in the morning. To avoid spending hours waiting, do buy your tickets online before you plan to visit. That way you will be allowed to skip the lines, which means you remember the queues as an image and not as an experience.

Once inside head for the escalator and go right to the top where you’ll find a terrace offering nice views of the dome of St Peter’s and the Vatican gardens. Move on to Cortile della Pigna with the bronze cone and a brass sphere similar to the one in Pesaro. 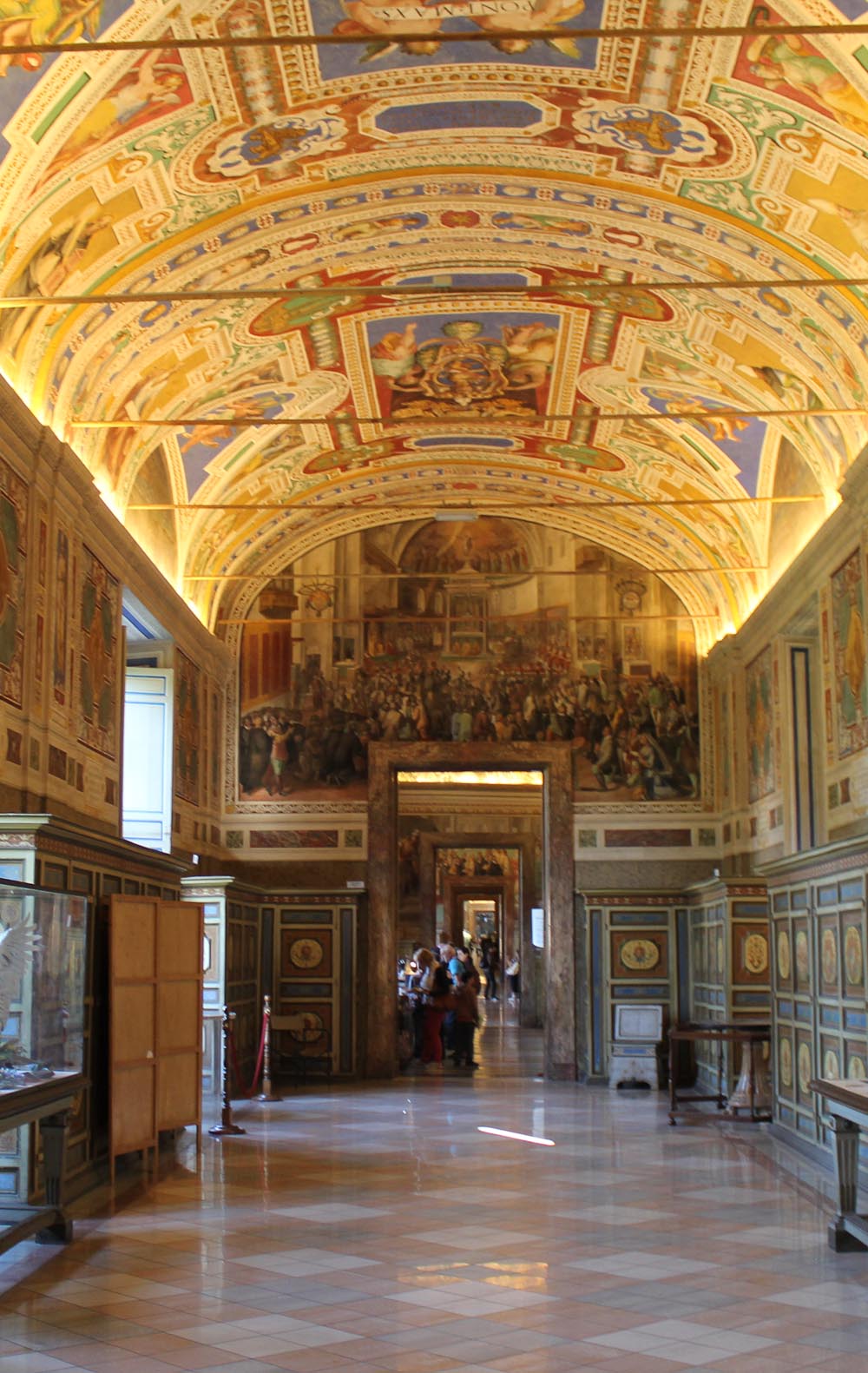 The endless corridors filled with art from floor to ceiling tend to make you snowblind after a while.

The Statues in Museo Chiaramonti

This museum contains a huge collection of statues. One of the most famous marble sculptures represents a personification of the river Nile holding a cornucopia as a symbol of fertility and bounty. The god is surrounded by 16 playful children or pecheis representing ideal water levels.

Another famous statue is Apollo Belvedere in Cortile Ottagono. For centuries this ancient marble sculpture epitomized ideals of aesthetic perfection and much admired for its contrapposto position.

The Galleria delle Carte Geografiche contains 40 topographical maps of the Italian regions along with perspective views of each region’s most prominent city . The maps were made between 1580 and 1583, and they are said to be 80% accurate. The vaulted ceiling is decorated with amusing mannerist frescoes. 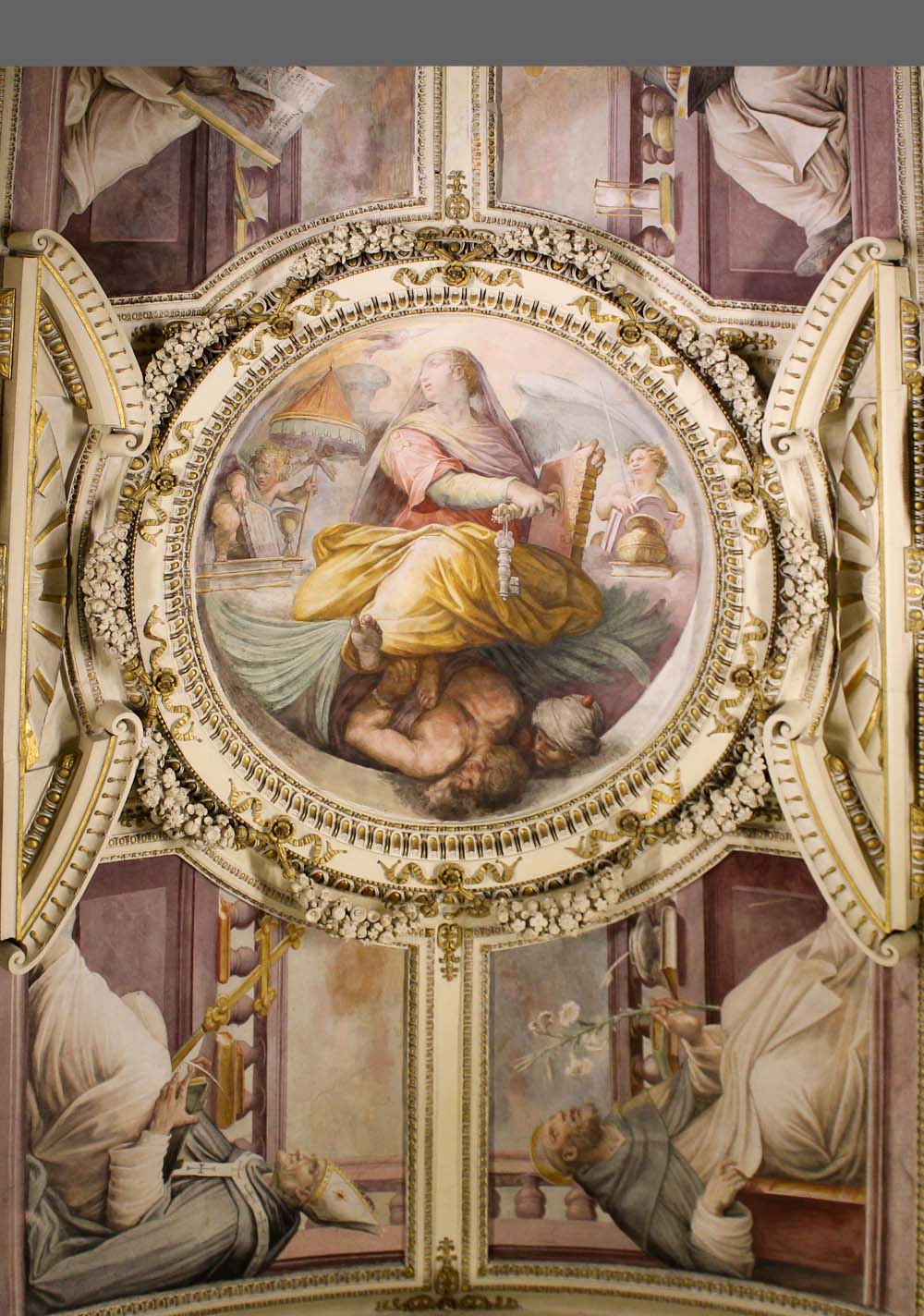 One of thousands of frescoes decorating the ceilings.

One of the major attractions of the Vatican Museums are the four rooms painted by Raphael. The highly productive renaissance painter from Urbino frescoed what was intended to become the Pope’s private library, but is now known as the Sala di Costantino, Stanza d’Eliodoro, Standza dell’Incendio di Borgo and Stanza della Segnatura. In the last mentioned chamber you’ll his best known work called La Scuola di Atene.

Each wall in this room depicts philosophy, poetry, theology and law as distinct branches of knowledge. The School of Athens focuses on philosophy with Plato and Aristotle in the centre, and some claim that every ancient Greek philosopher can be identified in the painting.

The ultimate jewel of the Vatican Museums is undoubtedly the Sistine Chapel with Michelangelo’s Last Judgement and and the spectacular vaulted ceiling with nine central panels surrounded by 20 athletic male nudes.

The Sistine Chapel is a fantastic work of art, but the high expectations can easily lead to disappointment. Crowds of spectators are squeezed in and have to stand shoulder to shoulder with their heads back. You’ll need a pair of theatre binoculars to identify and properly enjoy the famous ‘Creation of Adam’ which appears quite small and insignificant from a distance. And it is almost impossible to get a full view of the 391 predominantly naked bodies that made the Last Judgement a scandal when it was unveiled in 1541. It’s much easier to appreciate the artistic genius and scope of the Sistine Chapel, if you buy one of the art books from the museum shop, but at least you can check the Sistine Chapel off your bucket list. 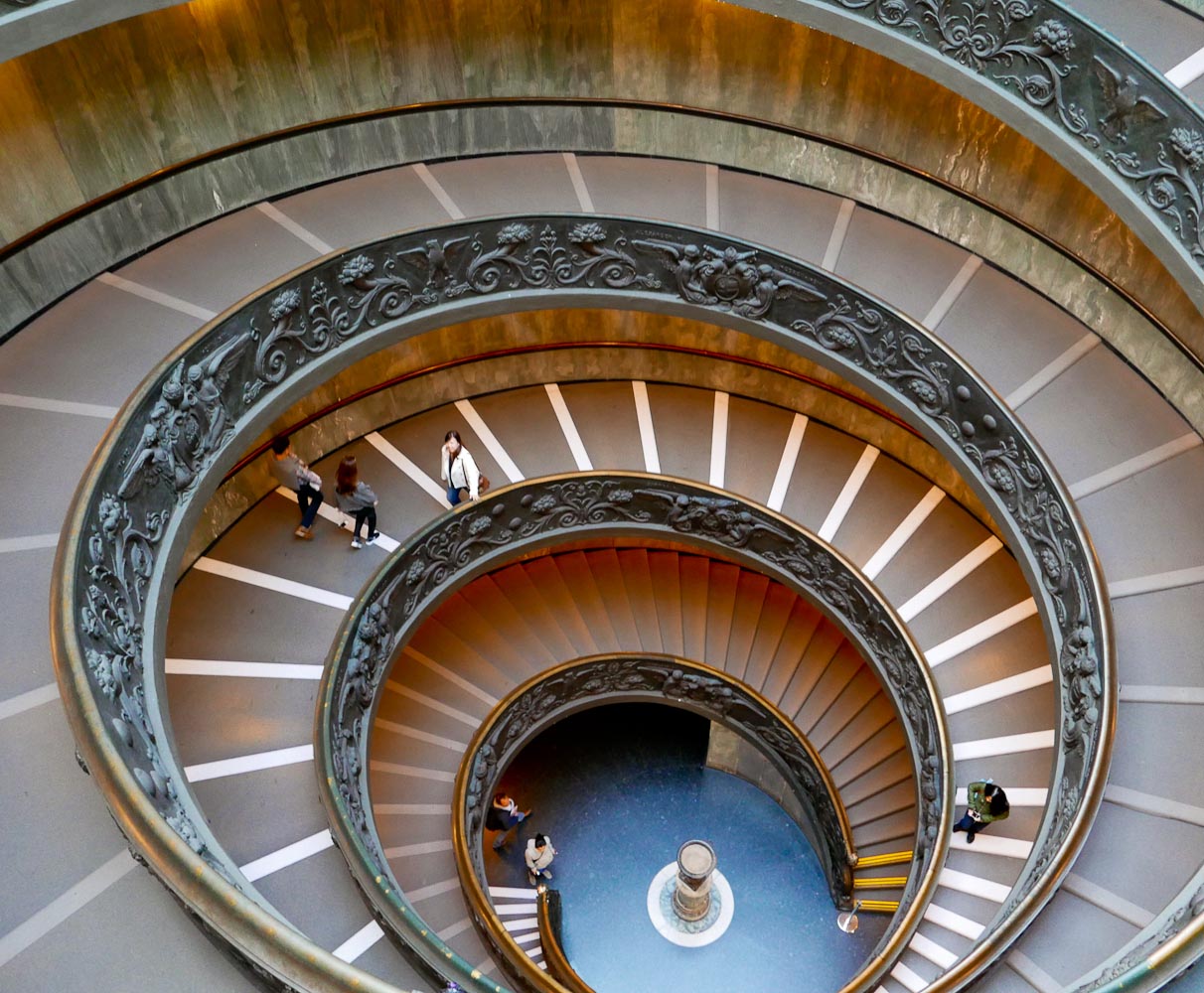 The modern version of Bramante’s staircase

After visiting the Sistine chapel you exits the Vatican Museums through the modern Bramante Staircase. The double helix with two staircases that allow people to ascend without meeting people descending was inaugurated in 1932.

It was modeled on the original Bramante staircase from 1505. This can be found in the square tower of the Belvedere Palace, where it was used by pack animals and carriages that needed access to the Pope’s private residence. The original Bramante staircase is not generally open to the public, but it can be visited on guided tours, if you want to explore more of the Vatican Museums.

In Lecce cartapesta is more than a souvenir 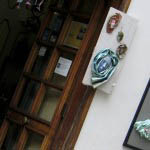 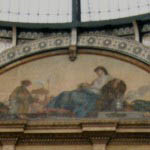 Milan for men
Scroll to top