The blue Gorgonzola cheese is named after a town that now forms part of Milan. But apart from that the origin of the popular blue cheese is wrapped in various Gorgonzola myths.

Once a year – over a weekend in September – the part of Milano that used to be an independent town named Gorgonzola celebrate their fabulous and fabled blue cheese. Along with the market stalls and tastings, the locals debate the origin of the cheese which – like most other great inventions – is ascribed to serendipity

Some claim that the tasty blue cheese was invented by a farmer, who one night happened to see a shooting star that made him forget all about the cheese he had started to make. Next morning the curd had turned moldy and the cheese developed its blue veins. 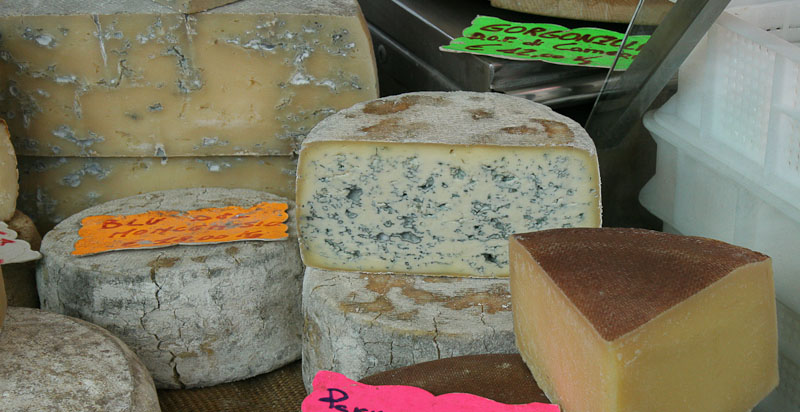 Various types of Gorgonzola sold at a local market.

Another and more popular legend ascribes the discovery to a dairy apprentice in love. One afternoon, he is left alone in charge of the cheese making, but instead of finishing the task he sneaks off to meet his girl friend. The next morning, fungus is spreading over the curd, but he covers up his negligence by mixing curd from the day before with a new batch. Two to three months later, when the cheese has matured, the marbled interior reveals the scam – along with a new class of cheese.

Both stories are probably pure invention, but it is true that Gorgonzola is made by adding a species of mold to the fresh curd. The mold is cultivated from spores in curdled milk, when allowed to breathe in a moist environment. To supply oxygen, cheeses are stabbed to create air channels that enhance the growth of the blue fungus. There’s more about the production of gorgonzola here.

Today 12 Italian provinces are recognized under Gorgonzola (DOC) rule of origin, although the port on the Naviglio Martesana canal trace the making of blue cheese back to the 16th century, when the poet Gabriello Chiabrera described a malodorous hat as smelling like someone from Gorgonzola. This has been taken as proof of cheese making. Apparently, there is not just pride associated with edible blues. 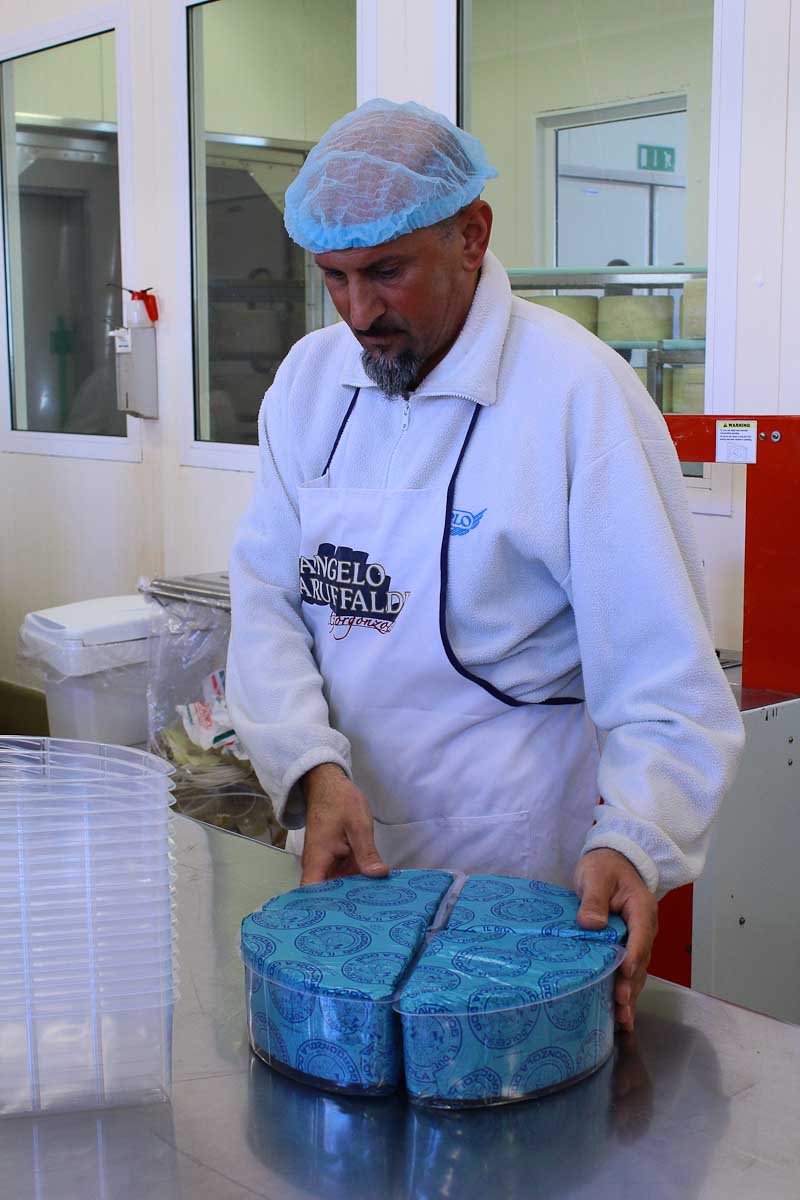 Packaging gorgonzola at Caseificio Eredi Baruffaldi in the Novara province.