The Golden Curls of Foggia

One of the main attractions of Foggia, if you ask me, are the golden curls still visible on the corners of some old palazzos, and the Goldilock tale that goes with them.

We have visited Foggia in Puglia a couple of times over the years, without finding much to detain us. The city that was once known as the “granary of Italy” suffered a major earthquake in the 18th century, and in the summer of 1943 the Allies bombed Foggia, then an important railway hub, killing 20,000 civilians and reducing much of the city to rubble. The tiny centro storico surrounded by a mass of uninspiring, modern buildings explains why Foggia appears so very different from nearby places like Lucera, Andria and Termoli in Abruzzo.


A Night among Opera Characters

The lack of immediate physical charm triggered my curiosity, so last time we passed by Foggia we decided to stay the night.We arrived at the hotel, just before nightfall and after a wonderful meal, we went out to explore the city. Even though it was getting close to midnight the streets were crowded with families, old and young enjoying the evening coolness.

It wasn’t the right time of day to explore the huge, dark Villa Communale, so we found a bench on Piazza Umberto Giordano and sat down among a large group of bronze statues representing characters from the operas of composer Umberto Giordano. Giordano was born in Foggia and proudly remembered around town, even though he seems to be more or less forgotten in other parts of the world. 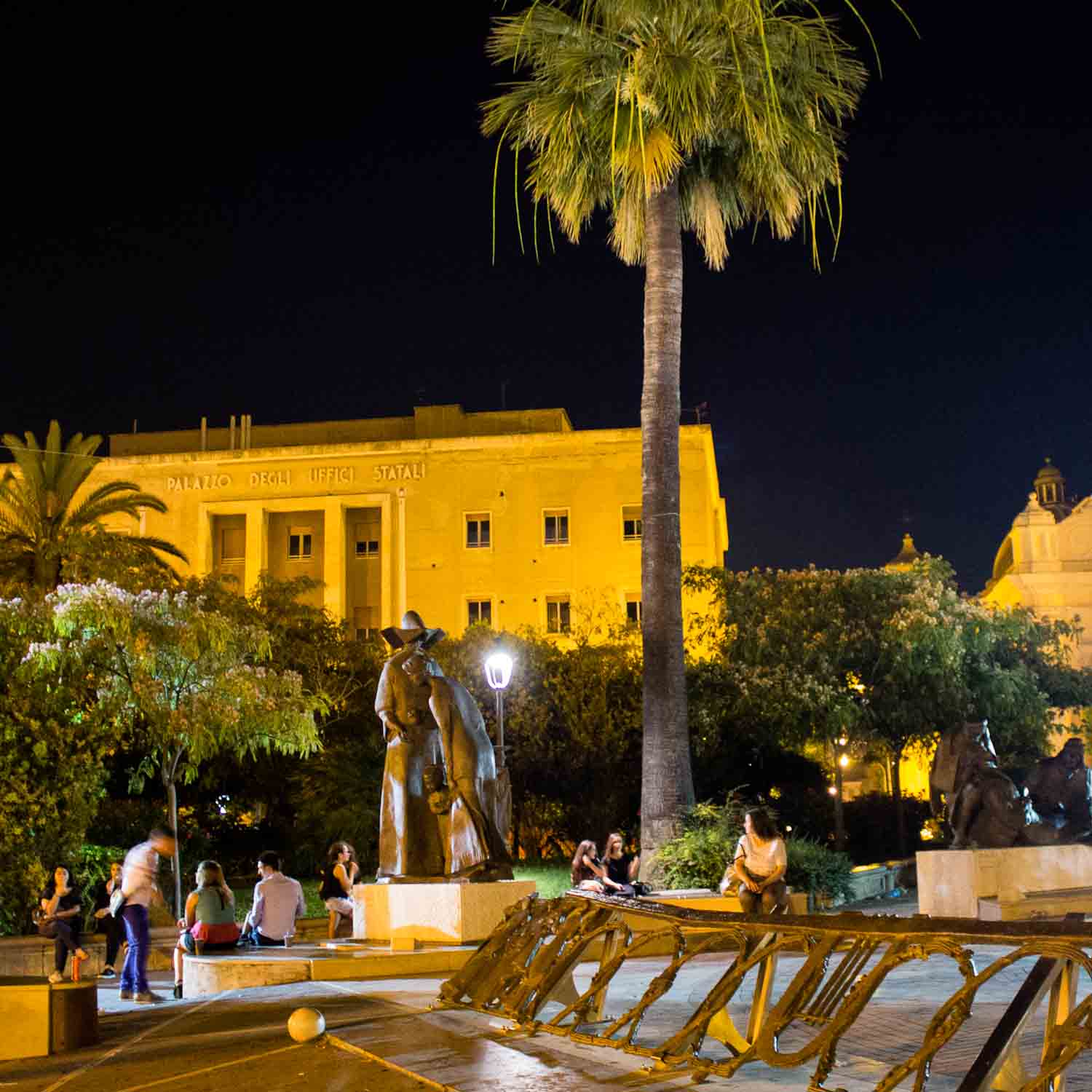 We sat on the piazza trying to blend in for about an hour, before going back to the hotel to sleep. Next morning we woke up to a deserted city and the challenge of finding the fabled Goldilocks of Foggia.

According to local legends, there was a young girl with remarkable golden curls living in Foggia in the 1500s. All the people in the city knew her, due to her – for Italy – unusual and pretty colours.

At that time Italy was subject to a series of conflicts that involved most of the city states and papal states in Italy and major states of Western Europe. In March 1528 during the War of the League of Cognac, a group of German mercenaries attacked Foggia and numerous women and children were abducted and killed. 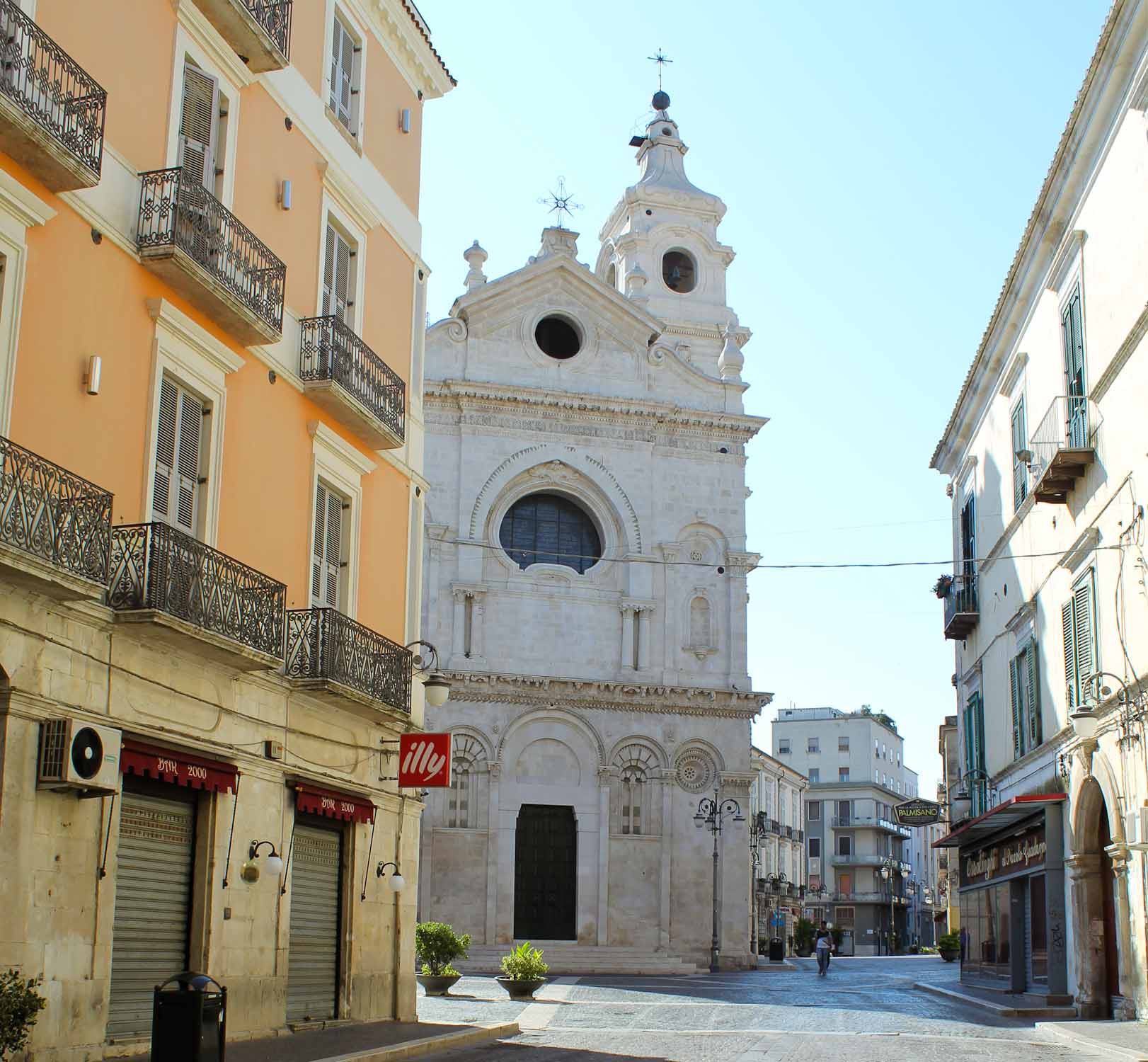 Foggia Cathedral where Goldilock’s mother prayed to the Madonna of the Seven Veils.

The Miracle Is Still Visible

One of the victims was the young girl with golden curls. She had disappeared without a trace, and her parents were devastated. They searched for the girl for weeks. In the end her mother went to the site of the Madonna of the Seven Veils and prayed for help to find, if not the girl then at least one of her golden locks. Moved with compassion, the patron saint worked a miracle. Over night she transformed all the architectural ornaments on the palazzos of Foggia into spiraling scrolls that look just like golden curls, when hit by the March sun.

And although few of the buildings in Foggia have a history dating back 500 years, you can still see golden curls framing windows and columns on old houses. 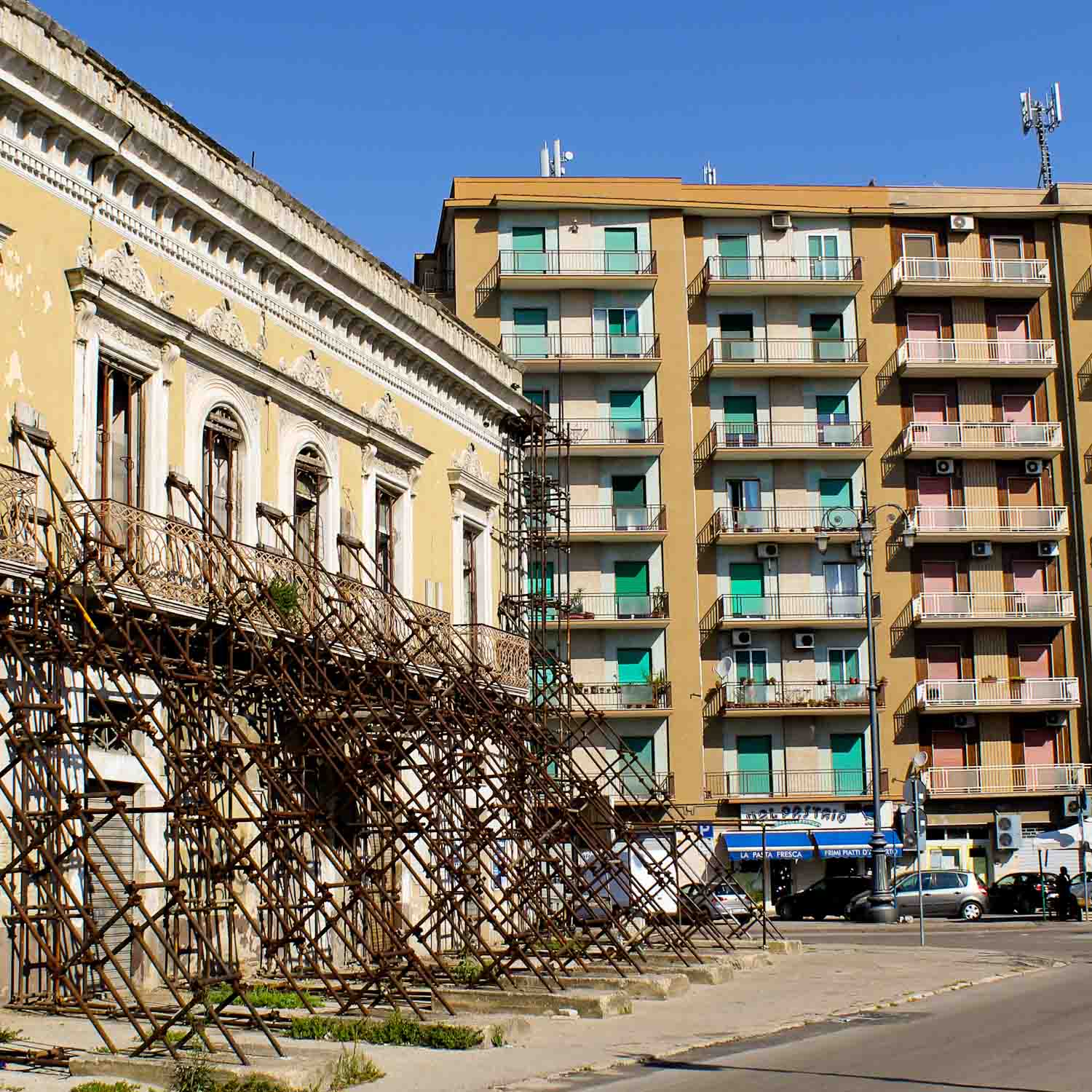 At the end we managed to locate some golden curls on a derelict building at the end of Via Arpi.