Muslims in Lucera : 800 years ago muslims were deported from Sicily to Lucera in Puglia and their influence is still visible in the town.

After some time in Italy you stop noticing the churches. There are simply too many, and they are all distinctive and yet tediously similar. Still, this church in Lucera made me look twice, because the corner turret looks distinctly like a minaret. Not surprisingly, as the cathedral was built in 1300 on the grounds of the last standing medieval mosque in Italy. 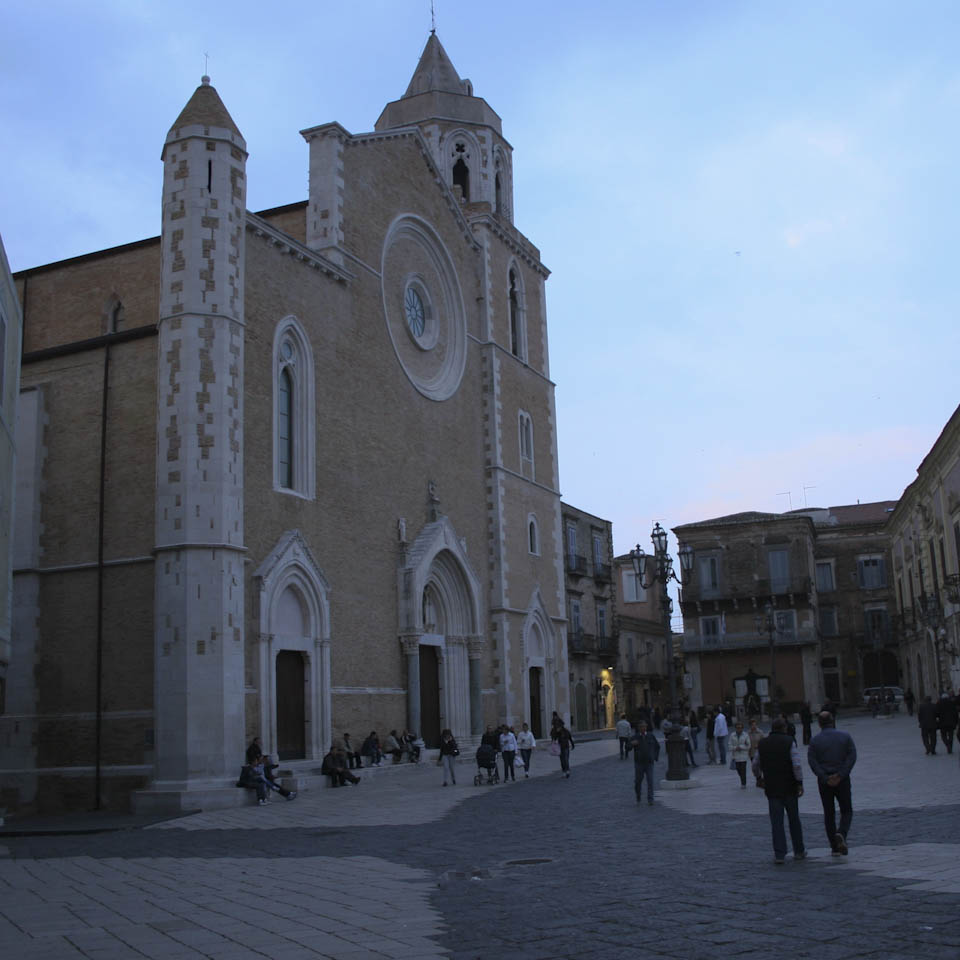 As soon as you enter Lucera you’ll see Saracen bakeries, Saracen auto mechanics and Saracen souvenirs. The present inhabitants are proud of their historic bonds to the Muslims, who were deported from Sicily by Frederick II (yes, he’s the builder who sprinkled castles all over Puglia), because they challenged his power. The Muslims were originally Persians, Berbers, Arabs and local people who had converted to Islam during the almost 350 years of Muslim domination and Norman rule in Sicily, and they fought the Holy Roman Emperor and the House of Hohenstaufen. In consequence, they were expelled and 20.000 resettled in Lucera.

The hill on the Foggia plain served as a controlled environment, where the Muslims could not challenge royal authority. Instead, they turned Lucera into the political and cultural capital of Islamic communities in Italy, and for 80 years they served the Emperor by paying taxes and doing military service. In 1300, the Angevin monarch Charles II of Naples took over and encouraged by the Roman Church he destroyed Lucera and expelled the Muslims. Their houses and land were expropriated and the people who did not convert to Christianity were exiled to Albania, butchered or sold as slaves.

250 years later Muslims took revenge through the massacre in Vieste, but the minaret in Lucera is still standing as an emblem of a time when Christians and Muslims lived together in some kind of harmony.

Roast chicken with Balsamic vinegar and sage
Scroll to top