Even though salt tax has long been abolished and the salt supply lines reestablished, people in Umbria and Tuscany still prepare bread without salt.

Generally praised as a culinary stronghold, it is amazing to note that the people of central Italy don’t know how to bake bread. In my opinion, bread from most parts of Tuscany and Umbria is compact, dry, bland and devoid of character, and therefore local housewives tend to camouflage the bread as crostini, bruschetta, panzanella or minestra and other courses that conceal the tastelessness.

In addition or perhaps as a consequence, bakeries in Tuscany and Umbria are hard to find, and when you finally spot a ‘panettiere’, they are either closed (due to the weather, the time of day, the time of week or the time of year) or out of bread. All you can hope to find when the shops reopen in the afternoon is a pound of baked flour so hard that it could be used in self defense as an instant knock out for approaching muggers. The taste is non-existent. 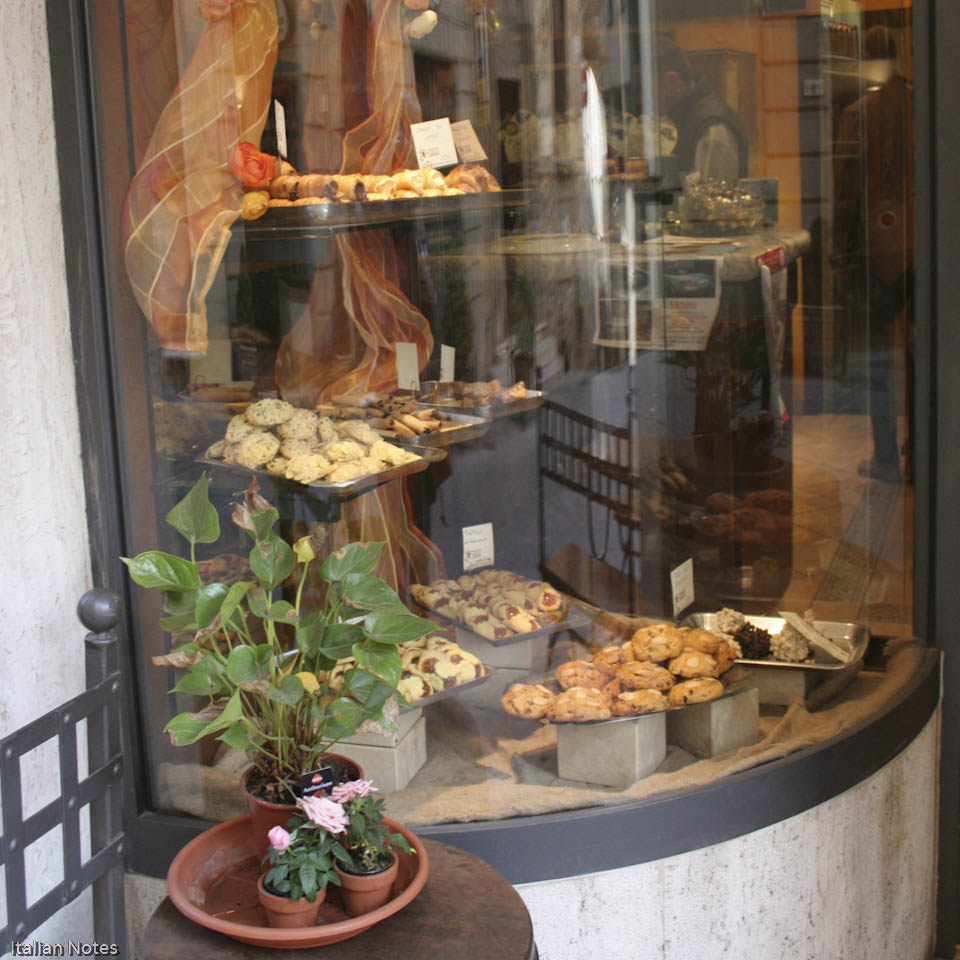 A bakery in Montepulciano

Of course the tasteless Umbrian and Tuscan bread has a perfectly sensible explanation.

In the early Middle Ages, the rulers of Pisa cut off salt supplies lines from the coast in retaliation of a fall out with their rival in Florence. This made salt so costly that common husbandry forced people in central Tuscany to prepare bread without the addition of salt, and the inhabitants of Umbria had a similar experience.

In 1540, the slightly corrupt Pope Paul III imposed an indirect tax on salt, which immediately changed the culinary habits. The Pope forced the citizens of Perugia to purchase salt from the pontificates, and this in reality doubled the price, and caused major headaches as salt was a most effective means for the preservation of food. In response the people of Perugia sought to limit consumption and stopped adding salt to bread, and some of them are still willing to swear that ‘filone’ tastes better that way.

There’s a large selection of different kinds of bread on sale from most bakeries in Italy.

How to Serve Unsalted Bread

So even though salt tax has long been abolished and the salt supply lines to central Tuscany reestablished, the consequences live on. Instead of preparing bread with salt, people of central Italy prefer to bury their bread in heaps of tomatoes, onions, basil and olive oil. They drown it in a ribollita with cabbage, leeks, onions, potatoes and beans. Or dissolve it in olive oil and balsamic vinegar before tossing in tomatoes, cucumbers and celery for a bread salad.

That way, stale Tuscan and Umbrian bread gives us a taste of history and becomes edible for outsiders without a share in the medieval salt wars.

Bread without salt and other notes on Tuscany