Why is an infamous and anarchistic Neapolitan puppy keeping time in Tuscany? The story behind a striking clock tower in Montepulciano.

Walking down the Corso in Montepulciano I was literally struck by the appearance of Punch (of Punch and Judy fame) who counts the hours at the local clock tower. Why is an infamous and anarchistic Neapolitan puppy keeping time from a clock tower in Montepulciano in Tuscany?

The English Punch and Danish Mester Jakel derives from the stock character called Pulcinella in the Italian commedia dell’arte, and Pulcinella is normally presented as a Naples bumpkin nicknamed after a young chicken due to his beaklike nose and disoriented stupidity. His basic characteristics are a mean, vicious temperament and a propensity to knock everyone – including his wife -around.

From this point of view Pulcinella’s purposeful knocking on a bell seems out of character, just as his towering over the Tuscan heartland appears out of place. Yet the Torre di Pulcinella  has been standing in Montepulciano for several hundred years. Some claim it was erected by a bishop from Naples longing for and eager to share some of his hometown folklore.

“That’s the way to do it” as Punch would undoubtedly say if presented with the clock tower idea. 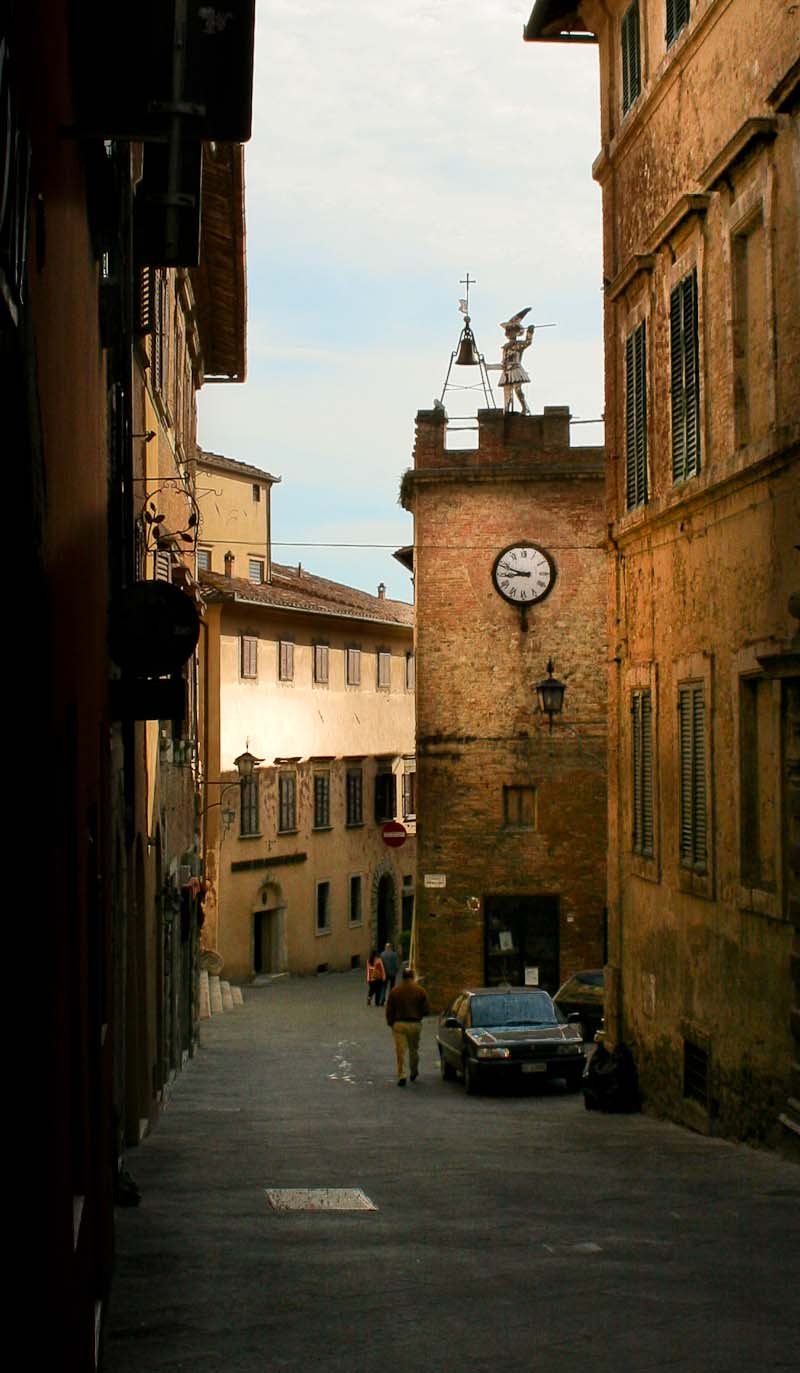 More to see and do around the clock tower in Montepulciano