The Sunken Bell of Termoli

Taking some time out to listen for the ripple of the legendary sunken bell of Termoli.


It was one of the really hot days in Molise, where you crawl along the walls of buildings in order to avoid leaving the shadow even momentarily. We had reached our hotel in Termoli in the early afternoon and waited an hour for temperatures to cool before venturing out into the still deserted streets.

Some years had passed since our last visit, and the new town had obviously changed in the meantime. The pedestrianized Corso Nazionale tried to compensate for its lack of charm with pink nerium trees in front of garish bars, pizza joints and gelateria, and ancient olive trees had been bonsaied into pots to serve as traffic barriers. It wasn’t until we descended the steep hill and reached Lungomare Colombo that our memories of Termoli were confirmed. 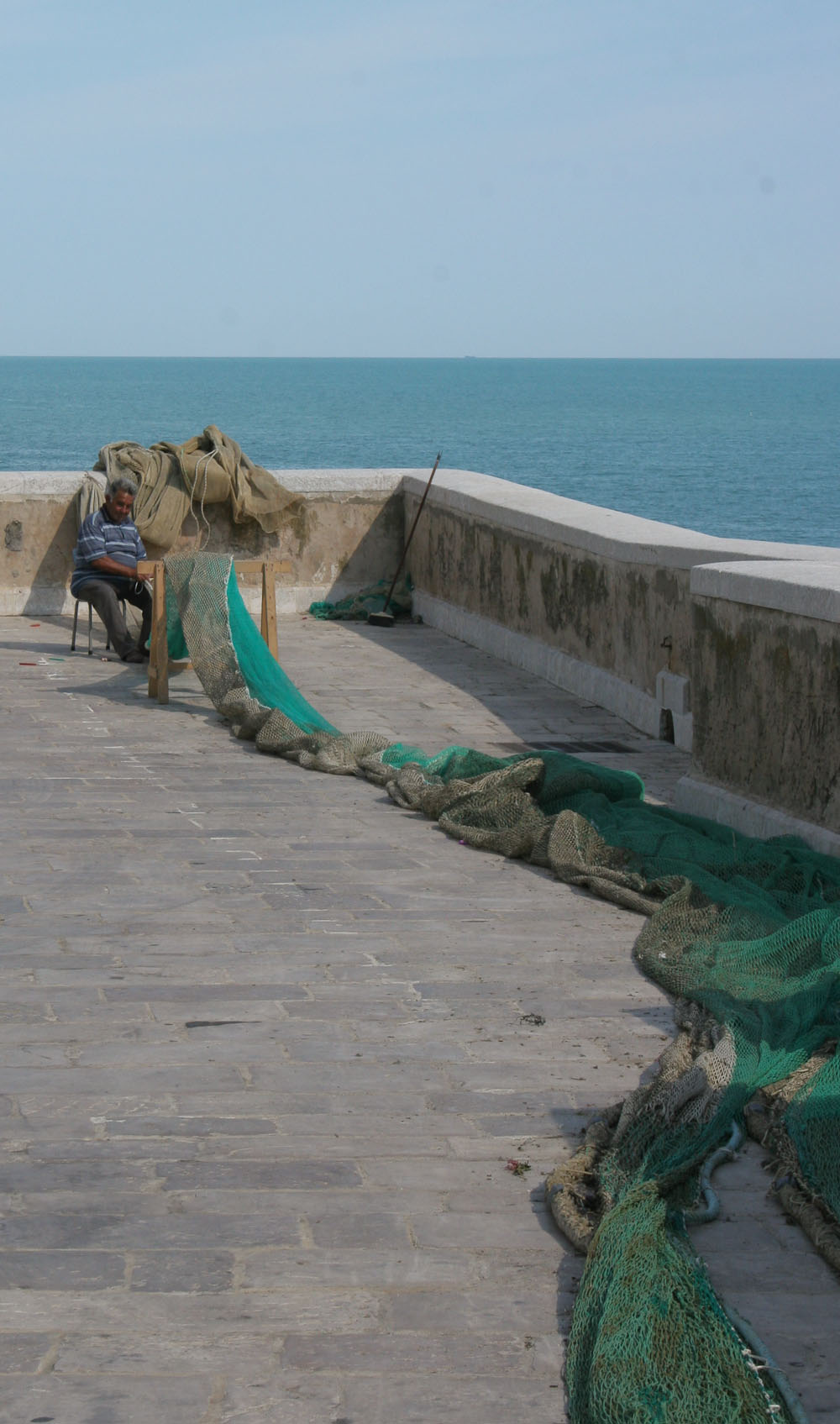 Some mariners and fishermen in Termoli claim to hear a sunken bell sound a warning in case of impending storms or danger.

Termoli was originally a fishing town located on a heavily fortified promontory with white washed houses behind massive city walls, but the fishing fleet seems to diminish year by year and there’s only one trabuccho left in operation. I had heard a legend about a sunken bell that was supposed to warn the people of Termoli of imminent danger, and if the fishing industry was facing extinction, it should be possible to detect a faint tinkle or a ripple from the bell somewhere.

The story of the sunken bell is as old as the Saracen attacks on Termoli. In 1566 pirates raided the coast of Molise and tried to loot the bell of Saint Catherine which was positioned on a rocky outcrop in the sea. The bell, however, proved too heavy and slipped out of their boat before being swallowed by the waves. Since then some mariners and fishermen in Termoli have claimed that they can hear the submerged bell sound a warning in case of impending storms or danger. 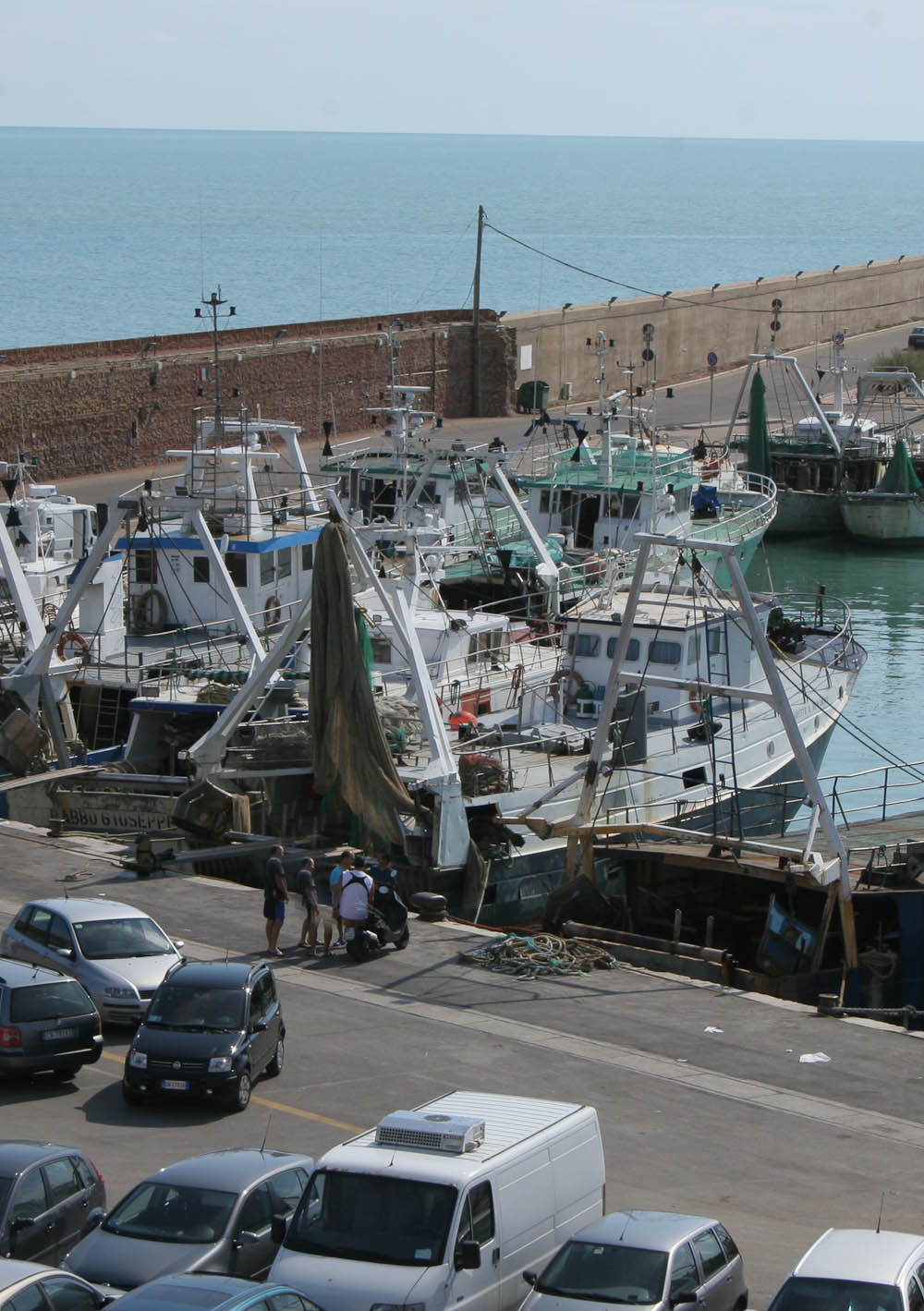 Fishing is still the primary occupation in the port. Along with transportation to the Tremiti Islands.

No Cause for Alarm

We found a bench in the shade with a perfect view of the port. A ferry had just returned from the Tremiti Islands leaving a fair number of passengers to slalom their wheelie bags around coils of rope and empty fish crates on the quay. Some mariners were cleaning out their ships, while others stood around in small groups complaining about bureaucracy or discussing the morning’s catch. From a small shipyard on the outer pier the deep thumps of hammer on metal could be heard, but apart from that, the odd bird and the tuk-tuk of a diesel motor, no ringing noises could be discerned.

I took this to mean that there is no real threat to the people of Termoli at the moment. Increased tourism makes the city thrive, but the fishing industry is still deeply ingrained in Termoli’s heritage. Just like the bell of Saint Catherine, the annual pirate attacks and the relics of the saints in the cathedral.