Termoli and the Annual Pirate Attacks

Situated on a promontory behind a drawbridge door, the fortified Castello Svevo in Termoli appears impenetrable. But history has proved otherwise.

Situated on il borgo vecchio promontory behind a drawbridge door, the fortified Castello Svevo in Termoli appears impenetrable with its high, massive pyramid base, turrets in each corner and a watchtower on top. From the roof there must be a grand total view of the sea, the north-south going road and the hinterlands.

Hidden behind hollow slits, soldiers in the Middle Ages could defend the town with bows and firearms at minimum risk to themselves, yet they could not withstand an attack from the Ottoman corsairs 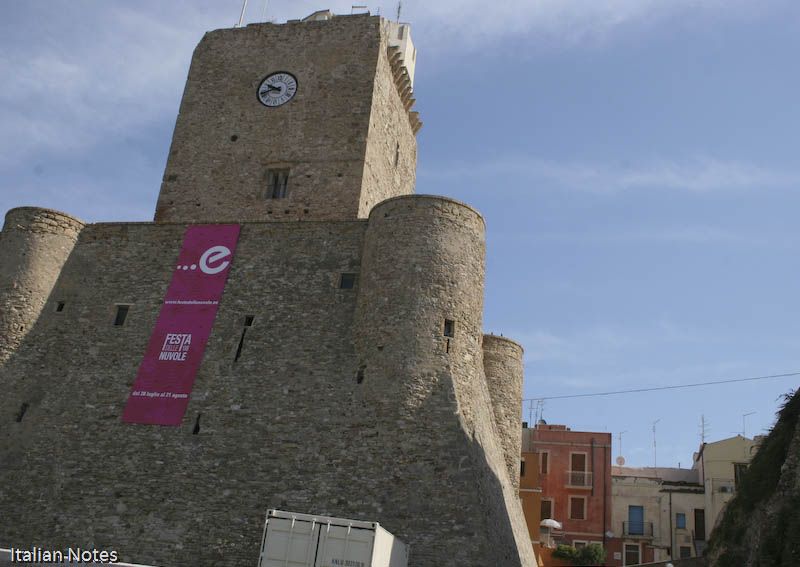 In the mid-16th century, Barbary pirates created havoc on the Adriatic coast, destroying numerous cities and taking the population hostage. This happened in nearby Vieste  and in most of the white towns in Puglia and south Italy. Hostages could be released by paying ransom, but most of them became slaves in North Africa or on the Ottoman galleys, where they manned the oars.

Estimates indicate that around a million Europeans were enslaved on the Barbery Coast in the period from 1530 to 1780, and a lot of them were abducted from southern Italy.

Pirates Sat the Town on Fire

The people of Termoli must have been aware of the pirates’ brutality, because the moment they spotted ships carrying black flags with skulls and crossbones at sea, they decided to flee. When the pirates entered Termoli in August 1566, they found the old town more or less deserted.

Enraged, the corsairs set fire to the castle, the old cathedral and houses on borgo vecchio, and from surrounding hills the inhabitants of Termoli saw the red glow and flames devour their homes. The important thing was that most of them managed to survive.

Reenactment of the Raid

For some reason, or perhaps because there is some evidence of resistance and supernatural sanctuary, the people of Termoli commemorates the Turkish raid with live action role-playing on Ferragosto.

Every year on August 15th hundreds of young men dressed up as Ottoman pirates climb up the castle and raid the old town. The siege culminates in the ‘burning’ of the castle and spectacular fireworks.

If you are not in Termoli around Ferragosto here are some suggestions of other things to do.

Maps were disabled by the visitor on this site. Click to open the map in a new window.
1 reply