Termoli Cathedral and a disputed saint

Termoli Cathedral is probably one of the most beautiful monuments seen Molise. An Oriental fantasy of blind arches lined with arabesque ornaments and the intriguing figure of a noseless saint.


The Molise region only has only 40 km coast most of which is occupied by deckchairs interspersed by the occasional Trabucchi fishing machine with their ingenious system of weights and pulleys. The only other thing to disrupt the long sandy beaches is the old city of Termoli.

Visit to a virtually intact borgo

In medieval times the Italian word Borgo was used to signify a town with a market and a fortification, most often in the shape of protective walls and a castle, and Termoli illustrates the point better that most seaside towns. The inhabited nucleus is situated on a promontory with a castle to secure connection to the mainland. Otherwise it would have been too easy for invading pirates to cut off the supply lines and escape routes. 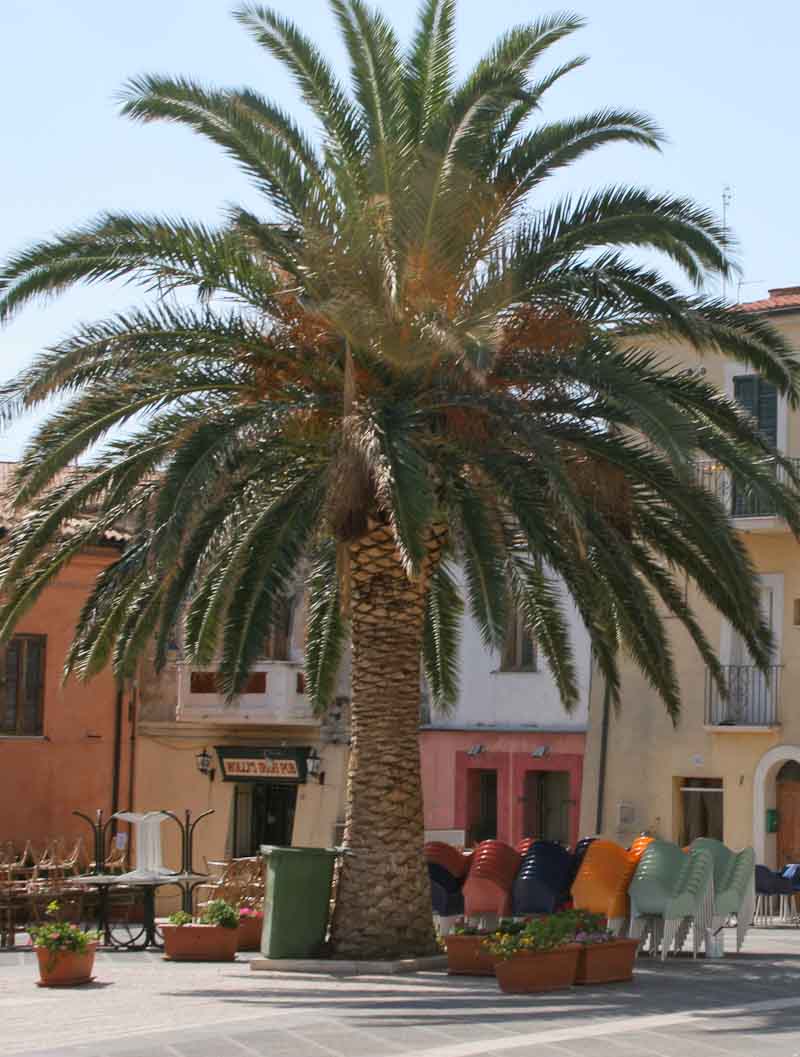 This morning, the palm tree is the only sign of life on Piazza Duomo .

The only piazza big enough to accommodate a crowd is piazza Duomo, yet in the daytime even this centre is strangely deserted. There are no benches, where old men can sit and wait to be called in for lunch. No shade except from a majestic palm tree in the centre of the square and no fountain offering free cold drinks. In these respects Termoli is not like other towns.

The houses are different from what you’d expect to find on the main square as well. Instead of the usual palaces and mansions of wealth and power, the buildings on Termoli’s piazza duomo are understated and unadorned. Some of them turn their gabled back to the public, and even Termoli Cathedral has taken a step back and looks slightly withdrawn. 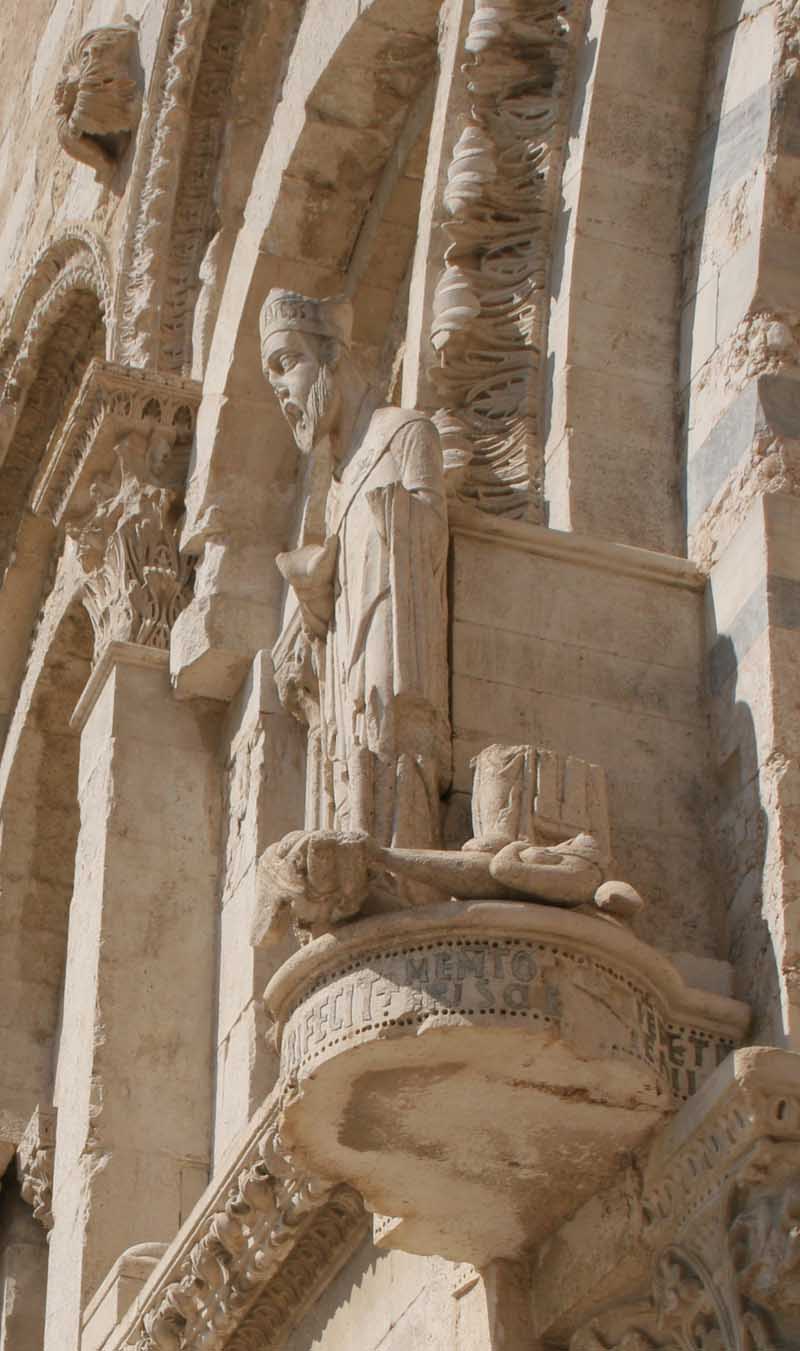 The noseless saint guards the entrance to Termoli Cathedral.

Yet it is by Termoli Cathedral we find the main character. Carved in limestone he pops out of the entrance way. Over the centuries he has lost his nose and part of his bishop hat, but considering he passed away 1900 years ago, he keeps in pretty good shape.

Saint Bassus of Lucera was one of the first bishops in Italy, personally baptized and appointed by Saint Peter, who passed through the south of Italy on his way to Rome leaving a string of miracles in his wake. Saint Bassus was executed by the emperor Trajan, when he refused to denounce his Christian faith and worship the Roman gods. This turned him into a martyr.

His body was buried in his hometown Lucera, but during a period of unrest in the 7th century, Lucera was destroyed, and the inhabitants of Termoli saw a chance to snatch the relics of the neighbouring saint and install them in their newly founded church. The relics are still present in the Romanesque building on piazza Duomo in Termoli along with a full colour effigy, though the people of Lucera keep disputing the saint’s correct resting place.

This quiet morning, there are no signs of discord around the Termoli Cathedral or the old borgo for that matter. Everything breathes peace and tranquility to the extent that I want to wrap it up in sunshine and take it home as a lasting memory.

What to do in Termoli on the Adriatic Coast?