Panforte di Siena is probably one of the oldest and best-known Italian Christmas treats, and it can easily be made at home and enjoed all year round. With or without a personal twist in the spicing and the ingredients.

Most sources agree that Panforte di Siena or Panpepato dates back to the early Middle Ages, where it was a privilege of the nobility and people of the church, due to the use of exotic and extremely expensive ingredients such as ginger, cloves and cinnamon. Culinaria Italia claim that the first written reference to Panforte has been found in the Convent of Montecelso, where a document from 1205 states that peasants are obliged to pay a considerable number of honeyed pepper cakes as taxes to the nuns.

According to another legend a young man from a wealthy family, Nicoló Salimbeni, regretted his lascivious and hedonistic life style, and in penance donated his possessions including a valuable shrine of spices and a recipe for Panforte to one of the nuns in Montecelso. She passed the gift on to other fraternal orders, which explains why Panforte was served on festive occasions in Venezia in the 14th century.

Like  Ricciarelli cookies, there are references to the Crusaders carrying Panforte, a durable confection, with them on their quests, and to the use of Panforte in surviving sieges. For the story behind the cake visit the Museo di Panforte di Siena.

Panforte di Siena is enjoyed throughout the world; few foreign tourists return from Siena without one of the edible souvenirs; and then we are some who make our own Panforte in order to give Christmas a distinctive Italian flavour. The recipe below is the one I use, but you can substitute with other kinds of candied fruits and nuts.

Roast the nuts on a dry frying pan, and chop 2/3 of the nuts finely by hand. Mix nuts, chopped dried or candied fruit, flour and spices in a bowl.

Melt honey and powdered sugar in a Bain Marie over low heat. Stir the melted sugar and honey into the fruit and nuts. The dough is so firm it can be mixed and formed by hand.

Place the dough in a flat circle on a sheet of baking paper in a spring form or pie form and bake for 30 minutes.

Leave the Panforte di Siena to cool on a wire rack and dust it with powdered sugar before serving. 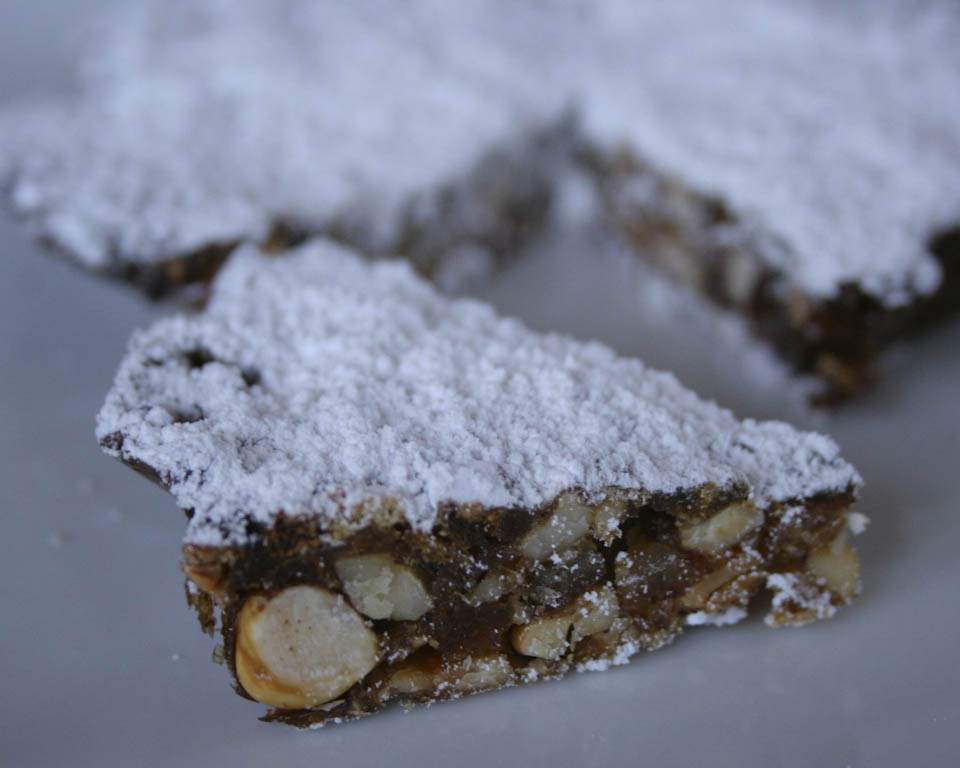 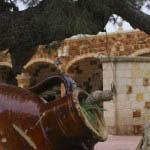