As the name indicates, Lamb alla Lucana is a recipe originating in Basilicata, which has been and sometimes still is referred to by the name Lucania.

According to the recipe published in ‘Il Cucchiaio d’Argento – Centro e Sud Italia’, Lamb alla Lucana should be prepared with shoulders or breast of lamb, which is often considered e a low-cost, tasty and rather fatty cut of lamb. I’m basically allergic to fat and fat marbled meat, so I choose to use lamb sirloin instead, and even so the potatoes become crisp and the meat remains tender and succulent.

The recipe with lamb roasted on a bed of potatoes can be found in different disguises all over the center and south of Italy. What distinguishes this version is the use of tomatoes. When in season, the tomatoes should of course be fresh, but dried or canned tomatos can be used instead.

Peel the potatoes, cut them in bite sizes and pre-cook them for 5 minutes.
Fry the lamb sirloin in olive oil until the meat is sealed.
Drain the potatoes, mix with tomatoes and toss them with olive oil.
Place the oiled potatoes and tomatoes in a deep oven-proof dish.
Put the lamb sirloin on top of the potato and tomato mixture.
Add salt and pepper to taste.
Stir breadcrumbs with grated pecorino, crushed garlic, chopped rosemary, grated lemon zest and some olive oil.
Sprinkle the breadcrumb mixture over the lamb and the potatoes.
Roast lamb alla Lucana at 220 C /428 F  for 10 minutes.
Reduce the heat to 180 C / 356 F and let it roast for another 20 minutes or until the meat is tender.
Lamb alla Lucana can be served straight from the oven. 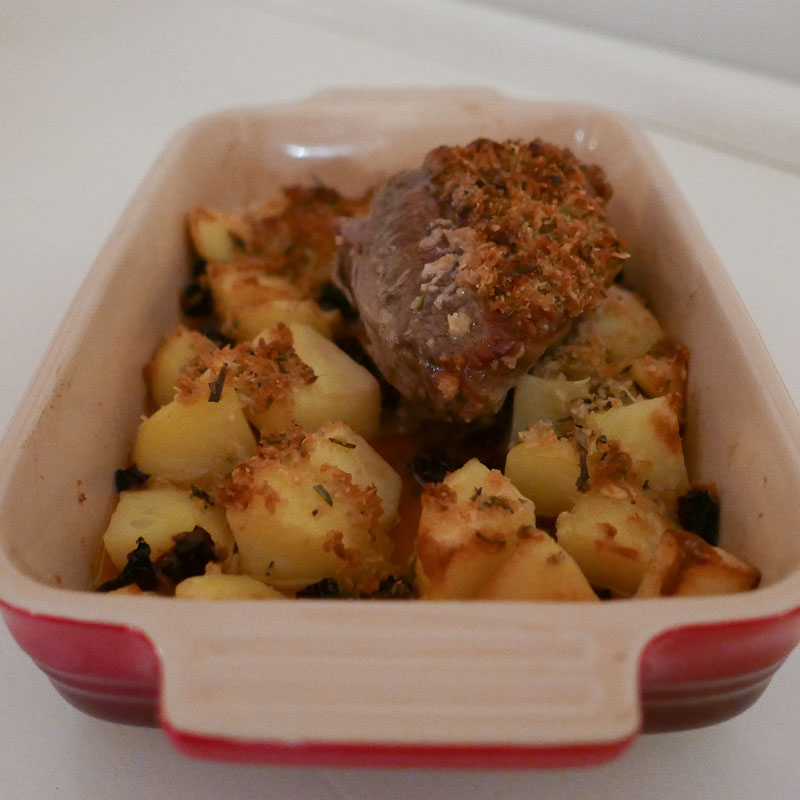 Tricarico right in the centre of Basilicata 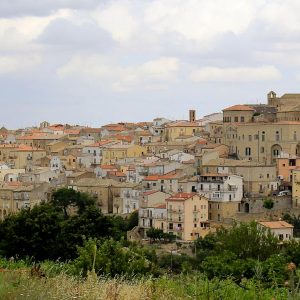