According to Wikipedia one of the main sights in Isernia is the Cardarelli Stone Bridge. A beautiful red brick construction of layered arches that proved a lot harder to find than expected.

I have always been fascinated by engineering and ingenious constructions, so when I saw Isernia in Molise had a two-tier viaduct I wanted to go and have a look.  The first walk around the city revealed no bridges, and when I asked for directions to ‘Ponte Cardarelli’ at the hotel, they claimed that no such thing existed. It was not until we consulted Wikipedia together, the receptionist and his wife found out what I was going on about.

–  We call that ‘La Precie’, they exclaimed. ‘Why on earth do you want to go there?’ 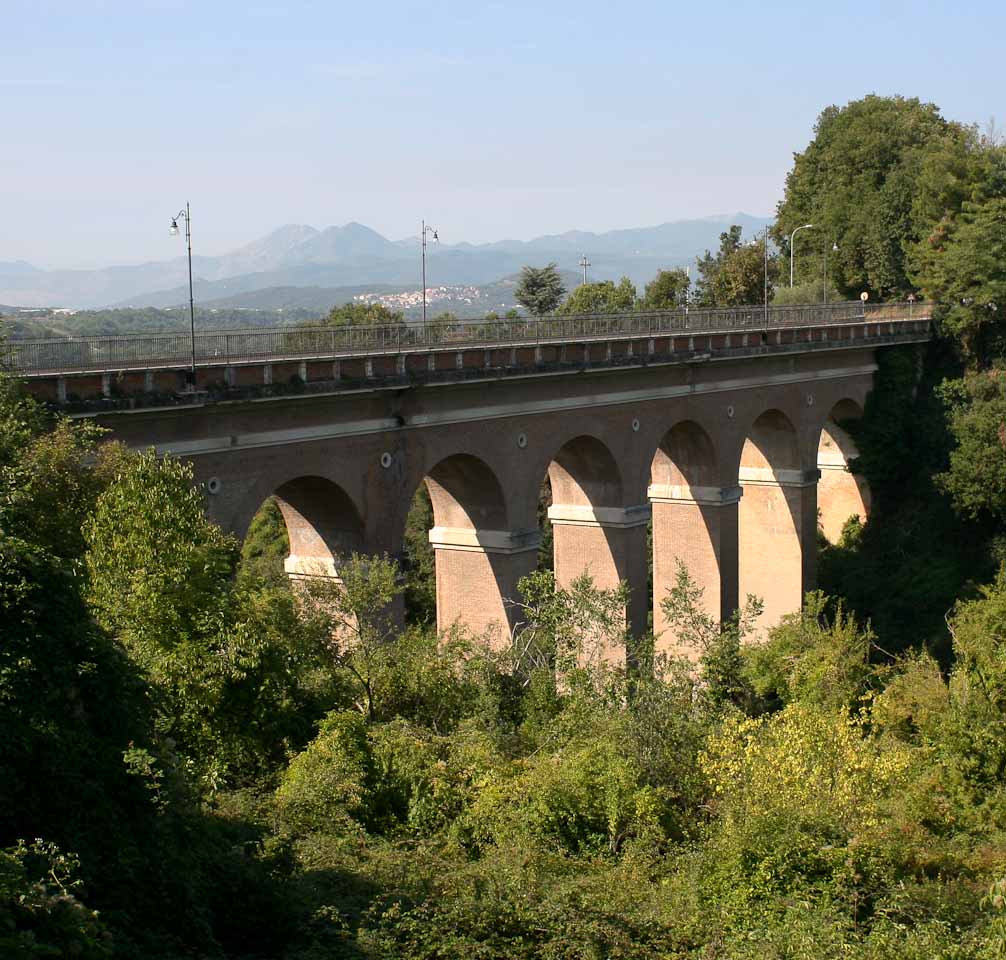 The Cardarelli Stone bridge was destroyed during WWII and later reconstructed.

I gave up trying to explain the beauty of tall, slim arches in several layers spanning a deep ravine like a delicate lace curtain or a giant man-made cobweb. Let’s just say that I like bridges. And this one is particularly striking because it measures 57 metres in height and is just 130 metres long. Construction of the bridge started in April 1887 and was completed five years later, but apparently the first bridge was built entirely of iron. It was destroyed by bombing during WWII, and rebuilt after the war using 11 000 m3 bricks.

Yet the sight was disappointing, when I finally found it. In most places along the Via Nazionale, the view of the valley was obstructed by walls or trees and fencing, and when I did catch sight of the bridge it was overgrown by weeds. Not quite what I had expected.

But still, it is nice to run around looking for something when you are in a new city. And I learned a lot about geology, war tactics, troop movements and the celebrated physician and politician Antonio Cardarelli while looking into the overgrown abyss in Isernia. 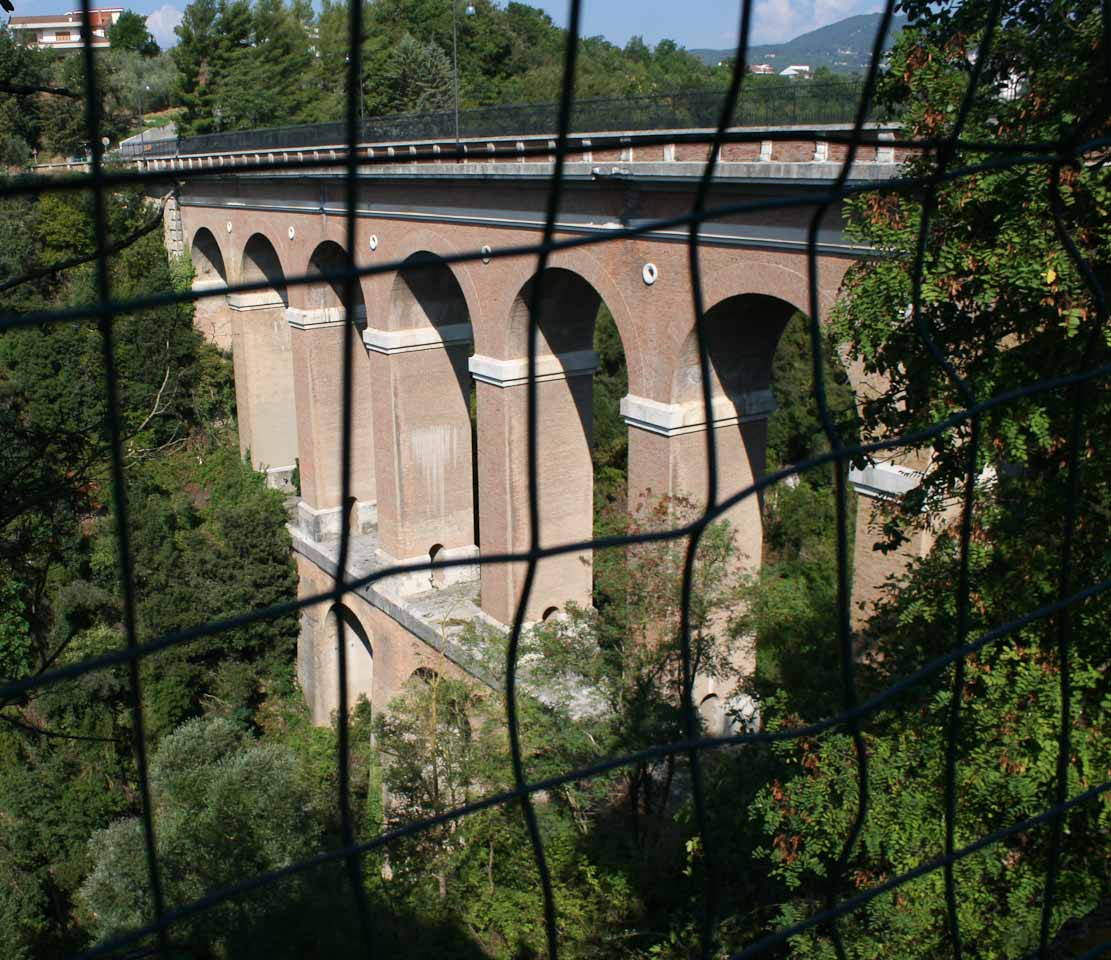 The tiers of the Cardarelli Stone Bridge could only be glimpsed through the weeds and a net behind a petrol station.

Other sights near the Carderelli Stone Bridge