The battle of Ortona was called “Little Stalingrad” by Winston Churchill, and it’s still remembered with bullet holes and flowers at the war monument as a major battlefield for Canada in WW2.

The small coastal town Ortona is typical for this part of the Adriatic with a harbor, a medieval castle, a railroad and some houses squeezed in between the mountains and the sea. Of course there are many relatively new buildings in what is supposed to be a very old town centre, the main street is too square to be charming, there is only a renovated ruin left of the castello overlooking the sea and ancient walls in narrow alleys are pockmarked with bullet holes or corrosion. Not so very unusual, unless you happen to have heard of the Battle of Ortona. 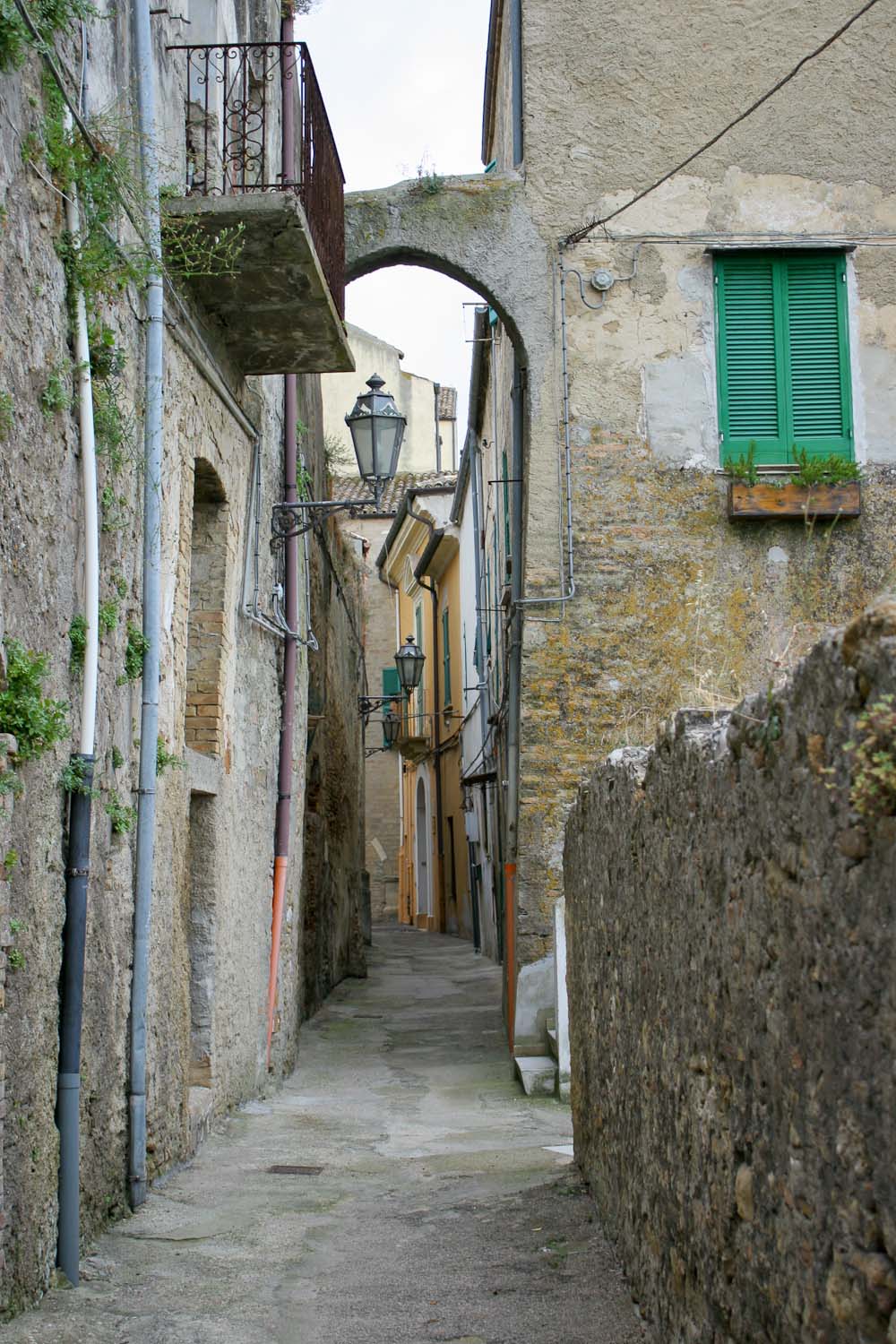 If you study the walls in the old part of Ortona closely, you’ll find traces of the fighting

The battle took place just around Christmas in 1943, when Canadian forces attacked German paratroops. As one of Italy’s few deep water ports on the east coast, Ortona was of high strategic importance. By docking ships in Ortona, the Allied forces could shorten their supply lines considerably compared to the ports in Bari and Taranto, so soldiers from the 1st Canadian Infantry Division were ordered to force their way through built up areas where the Germans had designed a defence system of interlocking positions as part of the Winter Line running all the way  across Italy to Monte Cassino.

The result was a brutal and fierce battle, where both sides fought from house to house. At the end the Canadians invented a new mouse-holing tactic using artillery to pierce through walls instead of fighting in the streets. Both sides suffered heavy casualties, but after eight days without reinforcements the Germans withdrew.

Monument for the battle of Ortona in WW2

The total losses are unknown, but almost a quarter of all Canadians killed during the Italian Campaign lost their lives in Ortona.

Today most visitors come to Ortona for a combined beach and mountain holiday. And perhaps see the MUBA museum of the battle.

Other sights near Ortona

Sights around Teramo in Abruzzo

Maps were disabled by the visitor on this site. Click to open the map in a new window.
18 replies