Tracing the German writer Goethe in Italy leads you to Lake Garda. where other famous novelists such as Kafka and Joyce have stopped as well.

The beauty of Lake Garda is breathtaking, as is the sheer number of north European tourists flocking around the place.They are attracted by the mild climate, clean bathing water (remember bathing shoes) and magnificent mountains that put a natural limit to urbanization. As a result roads and houses are placed right on the lake, and the towns are relatively small, though sufficiently large to house buckets of hanging geraniums and beers served outdoors to pale, shirtless men with big beer bellies.

, who conducted his first trip to Italy in 1786. (You can read more about Goethe’s experiences south of Rome here) On the first trip, Goethe stayed at an inn in Torbole on the north shore of the lake, as evidenced by a plaque saying: “In questa casa dimoro Goethe il 12 Settembre, 1786. H’eute hab ich an der Iphigenie gearbeitet, es ist im Angesichte des Sees von statten gegangen.” 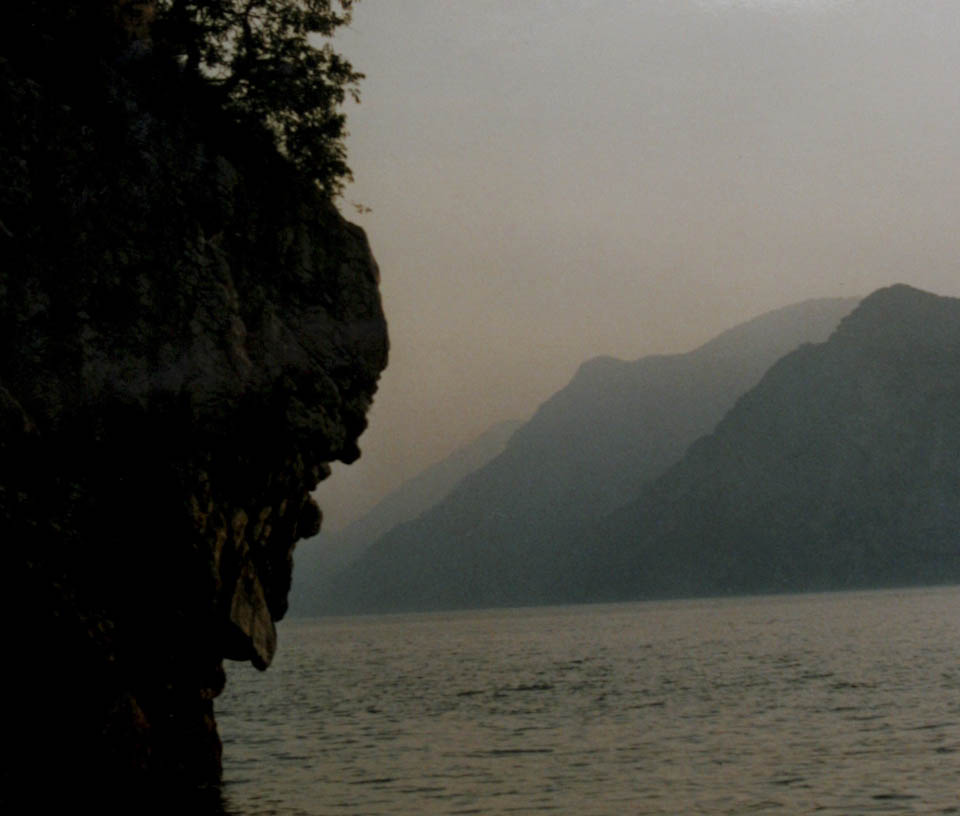 In his book ‘Italian Journey’ the German poet describes the fantastic view of the lake upon arrival from Rovereto, where you pass through a valley and over a hill before almost the entire lake comes into view. Exotic figs and olive trees grow along the lakeshore as a sign of the special climatic conditions.

From Torbole Goethe sailed further south, but a strong wind forced the boat to stop in Malcesine, where the German decided to make a drawing of the castle ruins. The drawing almost had him arrested, because at that time Malcesine which constituted the northern border of the Republic of Venice was at war with Austria. The locals thought Goethe was an Austrian spy studying military installations, and it took a lot of explaning to convince them of the poet’s peaceful intentions.

Since then a steady flow of famous writers such as Friedrich Nietzsche, Franz Kafka, James Joyce, Heinrich and Thomas Mann have visited Lake Garda and in words depicted the lake’s “perfect blue” and its dazzling reflections of silver that look like an army of stars, and the Varone waterfall which is said to cover the entrance to Inferno.

Today, the poetic travel experiences are somewhat overshadowed by more prosaic tourists who enjoy nature as a glorious backdrop to Bierstuben and roller coaster rides, but if you take a hike a few kilometres away from the lake, the original beauty and atmosphere remains intact.

More on the contemporaries of Goethe in Italy

Italy and the fog metaphor

The cathedral of Milan