From a City in the Swamps to Holiday Paradise

Terracina history spans millennia and a transition from a city in the swamps to a modern holiday paradise.


One of the most fascinating things about Italy are the layers upon layers of history and stories hidden in every hamlet. Take the modern holiday resort Terracina south west of Rome as an example. A completely average tourist destination with a wide choice of hotels, restaurants, beach umbrellas and gelaterie. Yet on top of a 200 metre cliff you see the ancient Temple of Jupiter Anxur with its characteristic columns, and the more than 2000 year old Via Appia passes through town.

City in the Swamps

The historian Titus Livius, who lived from 59 BC to AD 17 under emperor Augustus, described Terracina as ‘Urbs prona in paludes’ or a city in the swamps, for even though Appius, the Roman censor that began and completed the first section of the military road to the south of Italy, did his utmost to drain the land by constructing embankments and dig channels along the road, the area between Rome and Terracina remained a swamp. At that time it was 800 km2 impenetrable and slimy water, where malaria mosquitoes were the only species to thrive. 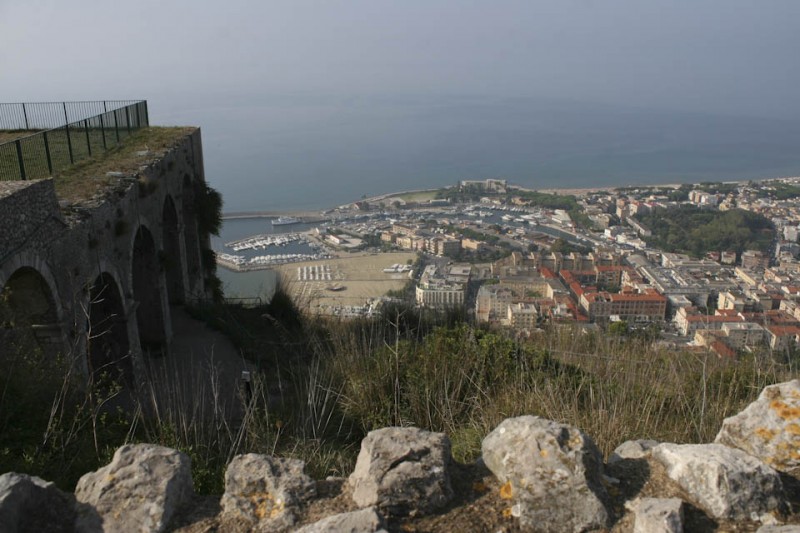 The view of the city has changed a lot during the course of Terracina history.

Shocking Accounts of the Dangers Lurking

Up to the 20th century the Pontian Marshes or Agro Pontinoro were considered seriously unhealthy, and writers like Goethe and the Dane Vilhelm Bergsøe have produced shocking accounts of the dangers lurking outside the sourthern walls of Rome.

Even the fairy tale writer, Hans Christian Andersen, who is generally enraptured by all things Italian including the great road leading through the marshes and the ‘fresh, green swamp growth’, notes ‘the poisonous air emanating from the swamp. ‘The chalked walls were all covered in a fat, bluegreen mould. Buildings, like people, were marked by the beginning breath of decomposition, in strange contrast to the rich beauty of the surroundings, the fresh green and the warm sunshine.’ (my translation) 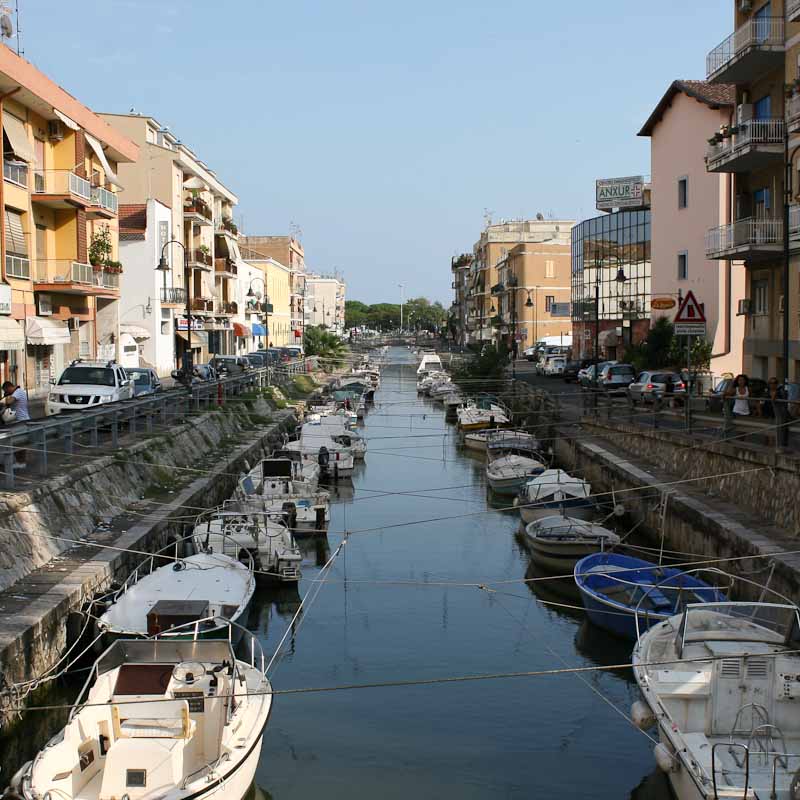 One of the canals that helped to irrigate the swamp

The problem with the Pontian Marshes is that the land rises up towards the coast, which means that rivers and brooks from the mountain inland do not reach the sea.

In spite of numerous attempts throughout the ages, the area was not properly irrigated until Mussolini launched his great plan for the area and turned Terracina history around. Engineers under the fascist regime dug three canals that accumulated water from the hills and led it out to sea. Lowlands were pumped dry, and 2000 families – most of them from northern Italy – were transferred to the area.

Each family was given a farm house with barns, animals and various farming tools and equipment to encourage land cultivation. Mussolini saw the project as a great success and it was frequently used in propaganda as an example of the greatest progress that solved the challenges of unemployment, emigration and self-sufficiency in one go.

Something to think about while you rinse your swimsuit, shop in the local Conad and enjoy the sunset over Mont Circeo in a perfumed cloud of mosquito repellent.

Polenta and mushrooms
Scroll to top