Despite former glory as one of the most healthy cities in Magna Graecia; Crotone is relegated to a footnote in most modern guidebooks. Here’s a guide to Crotone past and present.

Last summer we went back to Crotone for the first time in 15 years, and it was remarkably recognizable. The buildings in the centre had been spruced up, but there was still a kernel of timeless palm trees and beach life inside a desolated periphery of heavy industry.

In Magna Graecia (8th and 7th centuries BC) Crotone was one of the most flourishing cities with a population of 50,000 to 80,000 around 500 BC. At that time, the inhabitants were famous for their physical strength and sober lifestyle. Crotone dominated the Olympic games of the time with a long line of admired athletes. Pythagoras founded his mystical Pythagorean school in the area. And leading physicians like Democedes were born and raised in the city.

Today Crotone still has 61,529 inhabitants, which makes it the 5th largest city in Calabria, but it’s not a place to attract much admiration or visitors from the outside world. The Danish guidebook “Rejsen Rundt i Italien” (A translation and adaptation from Insight Guides) sums it up in one neat sentence:

“The modern town, situated close to a built-up promontory, has nothing much to offer tourists apart from a passable wine from the nearby village Melissa, an interesting archaeological museum and some nondescript hotels.”

The Archaeological Museum is the place to go, if you want to discover the Crotone of Pythagoras and Decemedes. Here you’ll find plenty of amphora, bronze statues of legendary beast like the griffin with the body, tail, and back legs of a lion, and the head and wings of an eagle. And a gold tiara found during excavations of a sanctuary for the Goddess Hera at Capo Colonna.

Apart from that you will not find many traces of the Crotone of old. Most of the houses are unmistakably 20th century. And the old castle of Charles V from 1510 lies as an unmovable mountain of bricks on top of the ancient site of the Kroton colony. 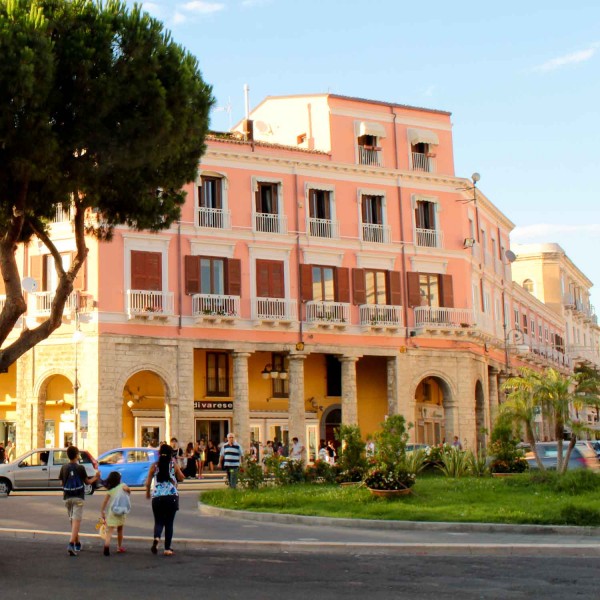 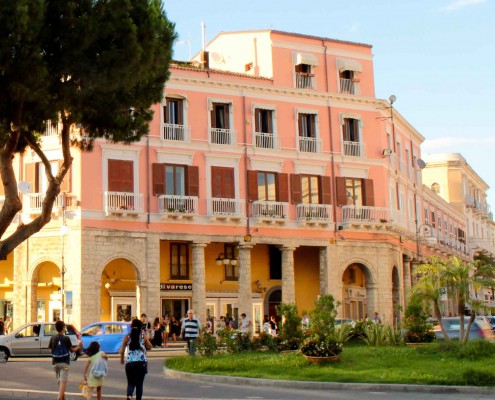 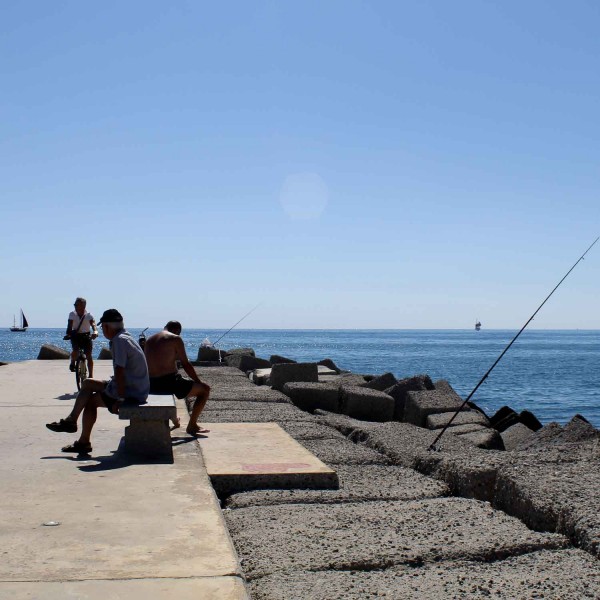 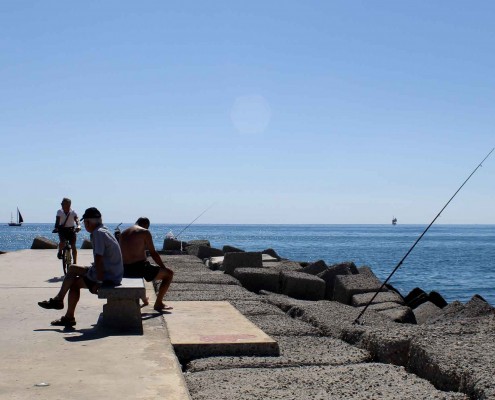 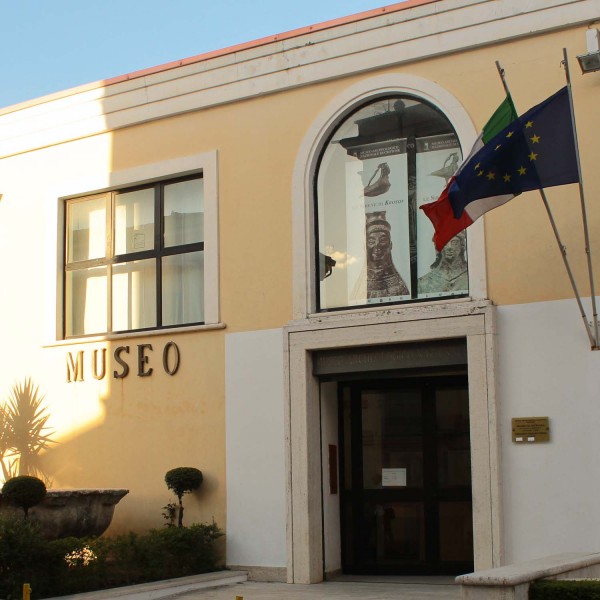 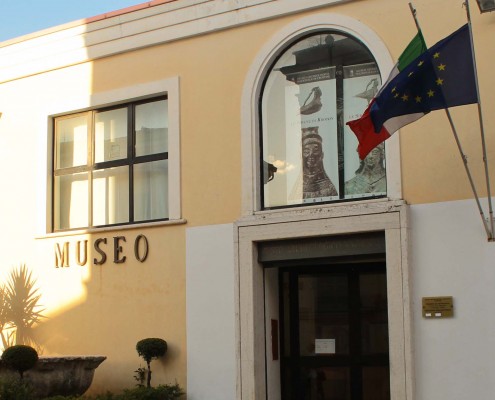 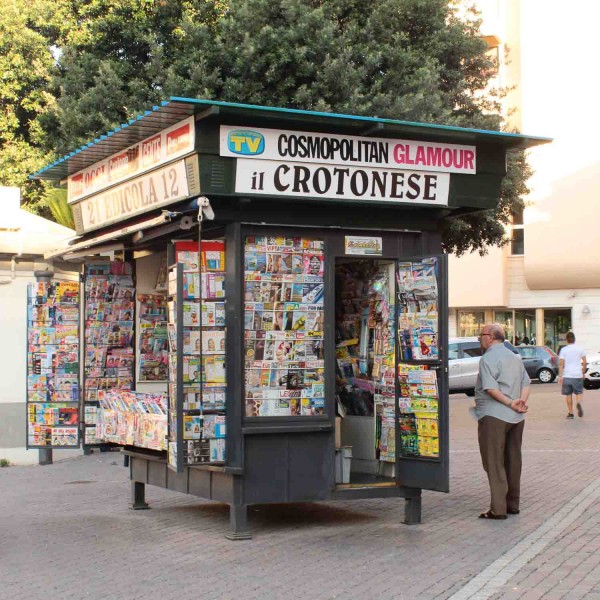 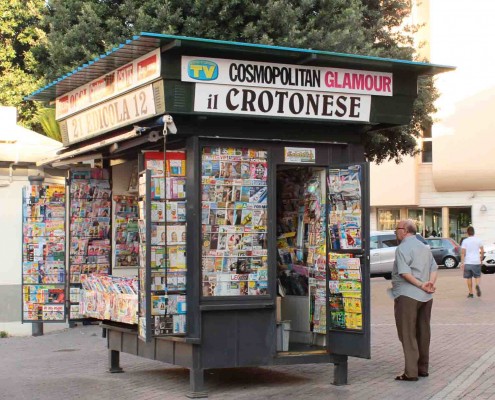 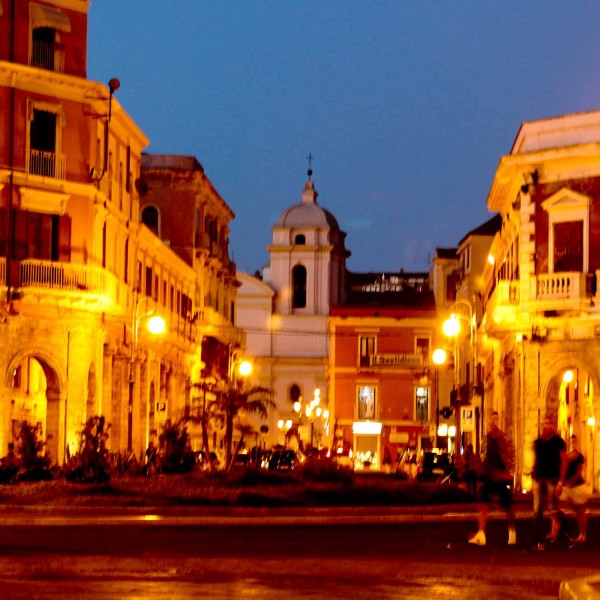 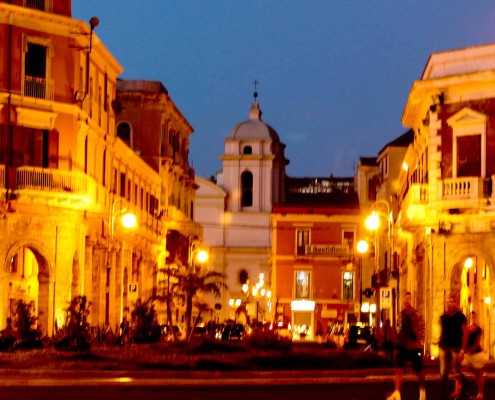 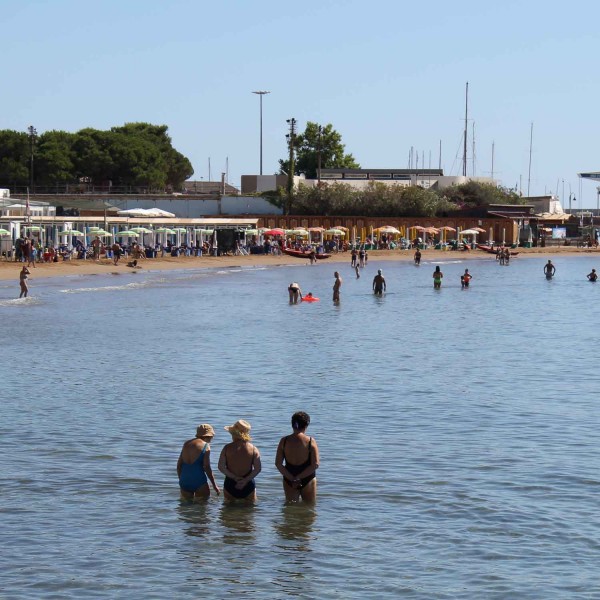 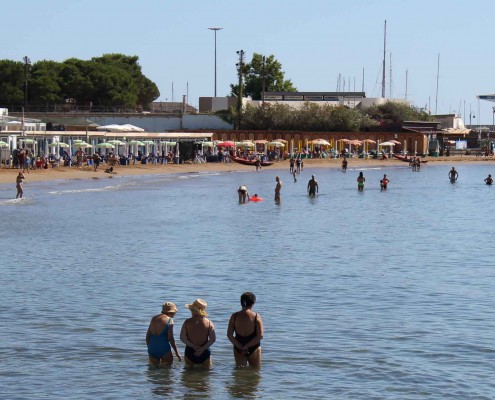 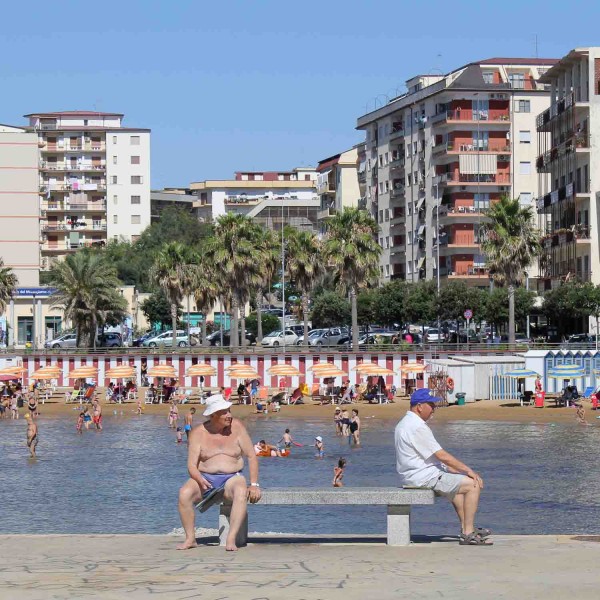 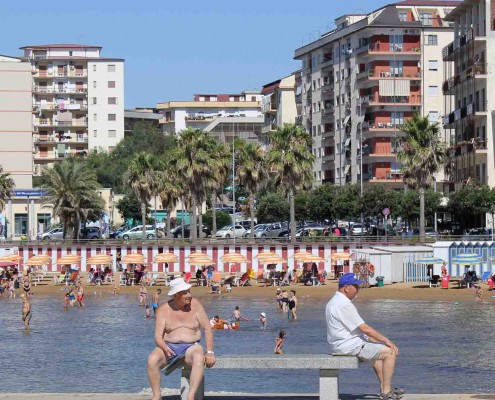 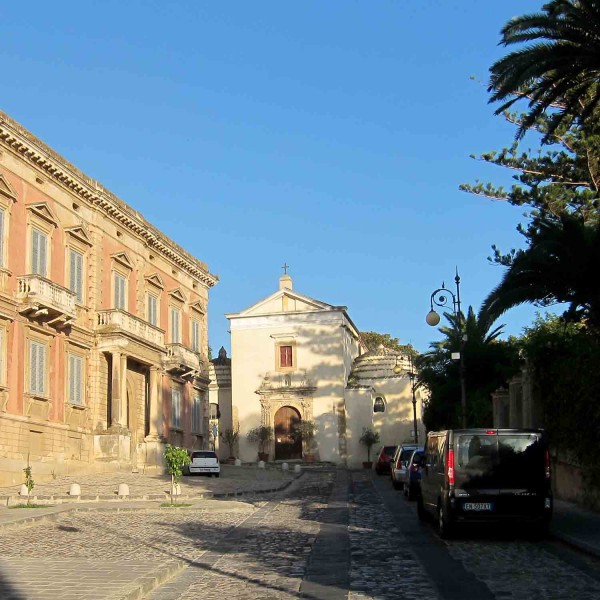 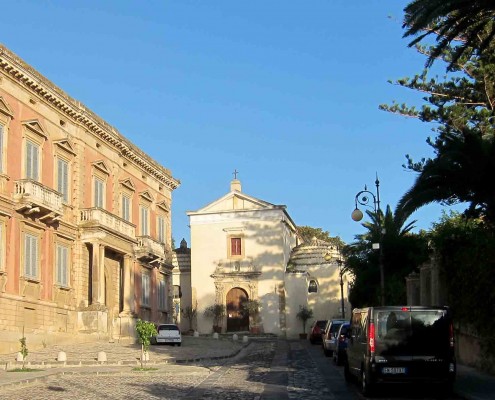 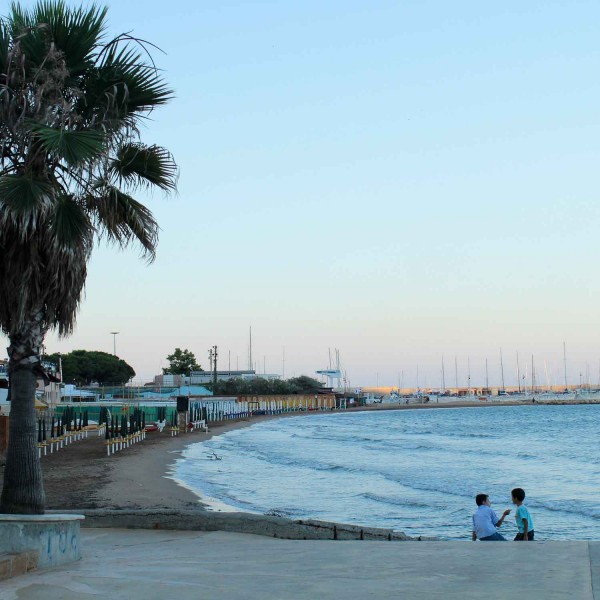 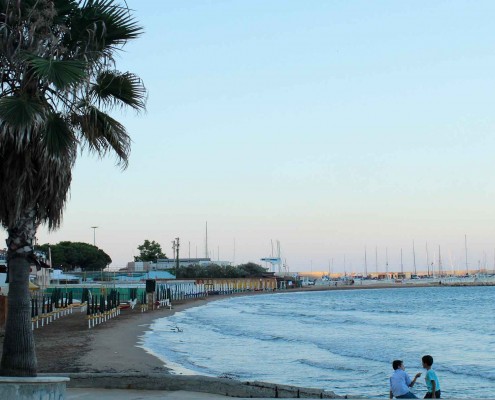 Traveling around South Italy these years, you will sometimes come across large groups of illegal immigrants who seem to be all over the place one day and be gone the next. This happened to us when we drove into Crotone. Impoverished young African men who had recently crossed the Mediterranean Sea in too small boats operated by unscrupulous traffickers were crowding the streets in an attempt to earn a few cents as parking attendants. We talked to one of them who seemed well-educated and nice, but his eyes and stories were incredibly sad, and I couldn’t help feeling a little intimidated by the overwhelming presence of so many victims of power politics.

The feeling remained with me for the rest of the day, so when we entered the crowded, narrow alleys to the left of the cathedral, I felt insecure and decided to walk in the opposite direction. This was probably just a figment of my imagination for all the people we actually talked to in Crotone were nice and friendly, but there was a strange, unwelcoming atmosphere in this part of town, that I didn’t want to explore further. Still, most port towns have that kind of tension as part of their mystery and attraction.

Which leads me on to the main attraction of Crotone, and the reason why I won’t wait another 15 years to go back. That is the seaside and the beach. Crotone is one of a few, fair sized cities with a beautiful sandy beach less than 15 minutes’ walk from the city centre.

This is the place to go in the early mornings, when men tend their fishing rods on the pier. After breakfast when the elderly come to cool their feet in the calm waters. Before noon when children play beside the deck chairs in the shadow of a huge umbrelone. And in the evenings, when the whole town assembles on the promenade among ice cream shops, cafes, restaurants, pavement stalls, balloon artists and rides for the kids, while a full moon shines over the Ionian Sea.

Being here it is hard not to envy the inhabitants of Crotone the location with all its natural attractions and only a very few visiting tourists to disturb the scene.

Breast of guineafowl with leeks
Scroll to top