Tracing Pythagoras triangle from Samos via Crotone in Calabria to Metaponto in Basilicata makes quite a journey.

Walking around in Crotone in Calabria and Metaponto in Basilicata it is hard to imagine, that 2500 years ago these places were the centre of flourishing cities, where a secret brotherhood of mathematicians defined everything as numbers in accordance with the teachings of their master, the one and only mr. a²+b²=c² Pythagoras. 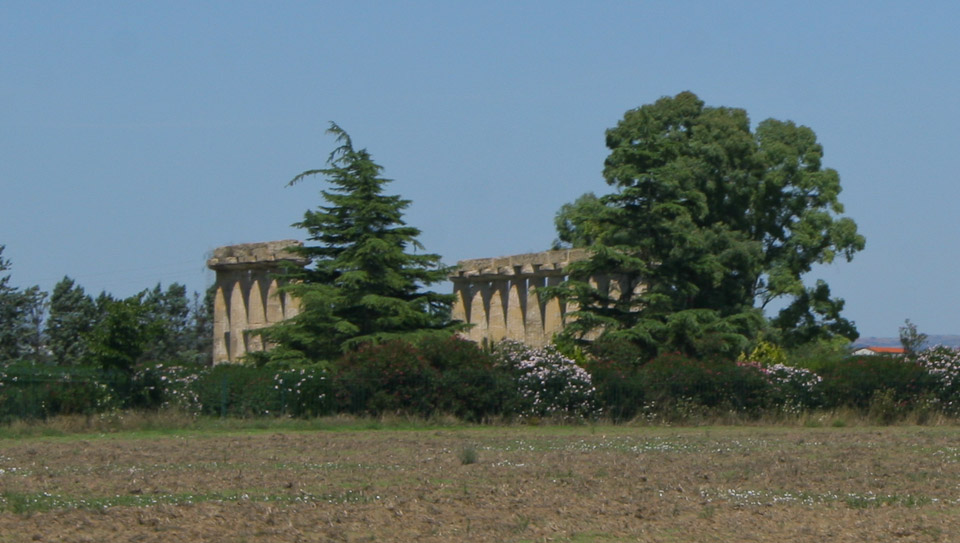 The ancient temple that may have been built on top of Pythagoras’ house.

In about 518 BC the Greek Pythagoras, who had emigrated from Samos to Crotone in the south Italian Magna Grecia was the first person to demonstrate the famous theorem by means of deductive reasoning, and this earned him eternal fame. Even his contemporaries saw Pythagoras as a godlike personality and his ideas about the equality of the sexes, communal ownership, the transmigration of souls from man the beast, music therapy and the sin of eating beans gained a strong following.

After about 10 years in Crotone the Pythagorean Society was attacked and escaped to Metapontum, which had become wealthy thanks to the export of wheat. In this town which must have been quite big at the time, Pythagoras lived until his death in 497 BC. According to some of the locals, his house was placed beneath the 15 surviving columns of the Doric temple that is just about the only remainder of antique glory. 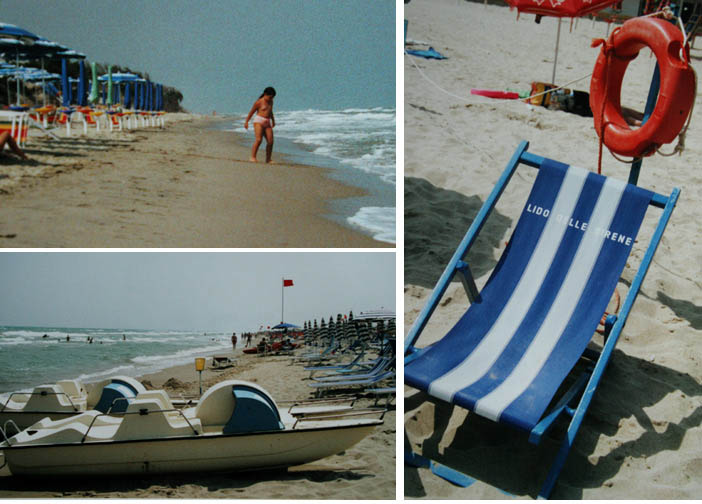 Metaponto as it looks today with deckchairs, parasols and the occasional paddle boat.

From Antiquity to Modern Seaside Village

There’s no trace left of Pythagoras’ grave which was seen and described by Cicero and other Roman tourists in 43 BC. Apparently Hannibal, who had his headquarters in Metapontum, had managed to evacuate the entire population of hundreds of thousands of people, before it was conquered by Rome.

Since then Metaponto has been a malaria-ridden ghost town with dried out river beds and long straight roads leading down to a lido with a hotel and a fringe of pine trees. The beaches are nice and over the last couple of years a number of brightly coloured holiday villages have cropped up. Seems like Pythagoras has acquired a whole new group of followers trying to figure out the right-angled triangle between their beach towel, the sea and the sun.

Other sights in Basilicata and Calabria like tracing Pythagoras 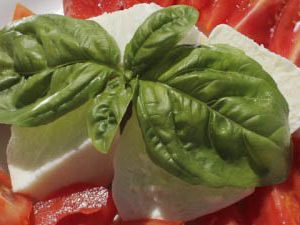 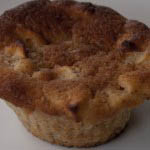