This simple recipe for breast of guineafowl with leeks demonstrates why the wild African bird was a cherished delicatessen in Ancient Rome.
Guineafowl is a type of pheasant that lived on the African savanna and was considered sacred by the Egyptians, but somehow Roman emperors developed a taste for the screaming bird, which is more juice and tasteful than ordinary chicken, and it was imported to Europe. Today you can buy guineafowls produced on poultry farms especially in France, but in Italy they are still hunters’ prey, which may explain why the are mostly found on menus near the big woods in Tuscany and Umbria. This recipe reminds me of a formal dinner in Perugia, and it is served with fresh ravioli filled with goat cheese.

Clean the leek thoroughly and cut the white part in thin slices.
Fry the sliced leek in butter until soft. Then remove from the pan.
Fry the guinea fowl breasts golden in half the butter.
Place a lid over the frying pan and let the poultry simmer for 30 minutes until they are done.
Remove the breasts of guinea fowl, but keep them warm.
Boil off the saucepan with chicken stock and leave if for 10 minutes to concentrate.
Mix the chicken stock with cream and add fried leeks and guinea fowl breasts
Heat up the dish until piping hot and serve the breast of guinea fowl with leeks and ravioli filled with goat cheese and ricotta. 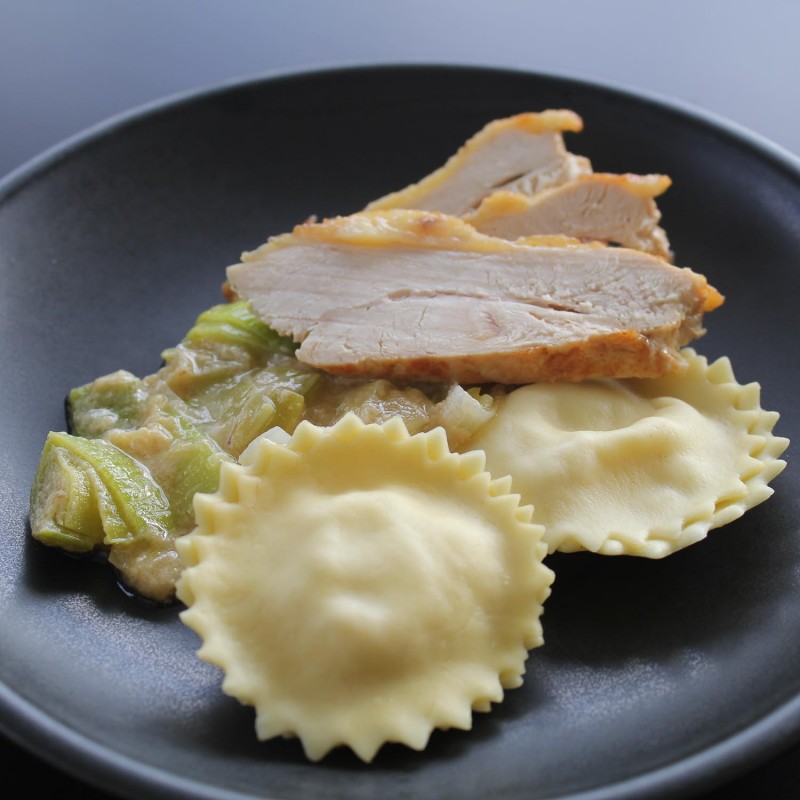 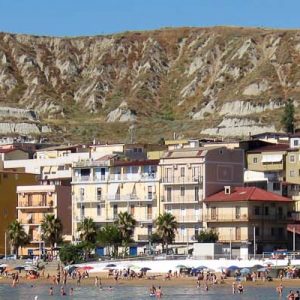 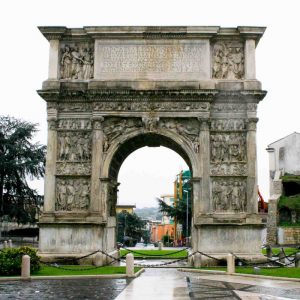 The Arch of Trajan – A Gateway to Benevento
Scroll to top