The city of Rudolf Valentino

Signs saying ‘Benvenuti nella terra del mito’ and ‘Città di Rodolfo Valentino’ greet you, when you enter Castellaneta in Puglia. A city struggling to keep the memory of a fading Hollywood star alive.

Castellaneta in Puglia has 17 000 living inhabitants, a deep ravine and a problem with keeping the memory of a fading Hollywood star alive. The city earned a place in the history of cinematography as the birth place of Rodolfo Valentino, one of the first and greatest film ikons ever starring in silent movies like ‘The Four Horsemen of the Apocalypse’ and ‘The Sheik’.  And even though the young Rodolfo, born in May 1895, left town before he turned ten, Castellaneta still celebrates the townsman, who made it big in America.

Painting of Valentino on a wall in Castellaneta in Puglia

Far from the Madding Crowds
Along the passeggiata you encounter a lightly-chipped and rather clumsy blue clay statue of Valentino dressed up as Arabian sheik. Opposite Osteria Rodolfo Valentino offers fresh homemade pasta, and in the old part of town there is a Valentino gallery and a Valentino Museum, which happens to be closed (much of the time, I’m afraid). It is not in Castellaneta, you will experience the mass-hysteria surrounding the myth. 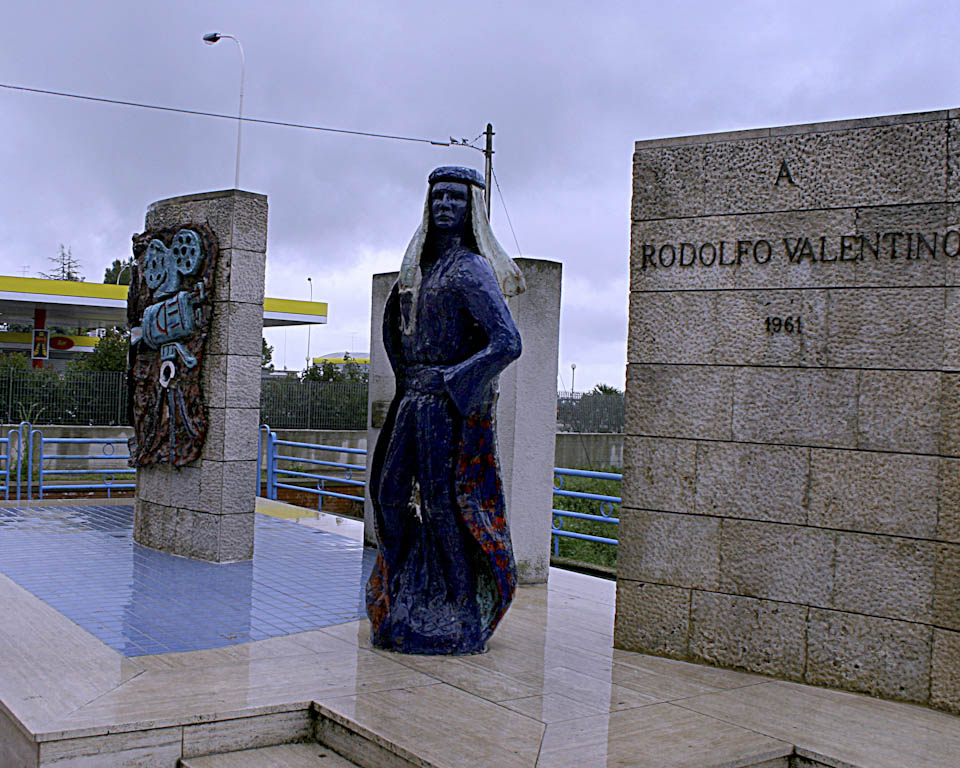 When Valentino died of appendicitis in August 1926 at the age of 31 years, an estimated 100 000 people attended the funeral in New York, and reports spoke of riots, suicides, mystery admirers and fainting women. The olive-skinned actor with the well-greased hair had come a long way, since he left Puglia in 1906.

“Italy is Too Small for Me”
Rodolfo Valentino’s father died, when the boy was eleven, and due to financial trouble Valentino was sent to an orphanage in Perugia. In 1909 he tried to join the marines in Venezia, but was rejected due to poor eyesight, and ended up graduating from an agricultural college in the province of Genova.

Valentino went back to see his mother and siblings in Taranto a couple of times, announcing that “L’Italia è troppo piccola per me”, and in December 1913 he embarked on the merchant ship Cleveland in Hamburg bound for Ellis Island. In New York Valentino first made a living as a taxi driver, before he joined a travelling show and made his way to Hollywood. 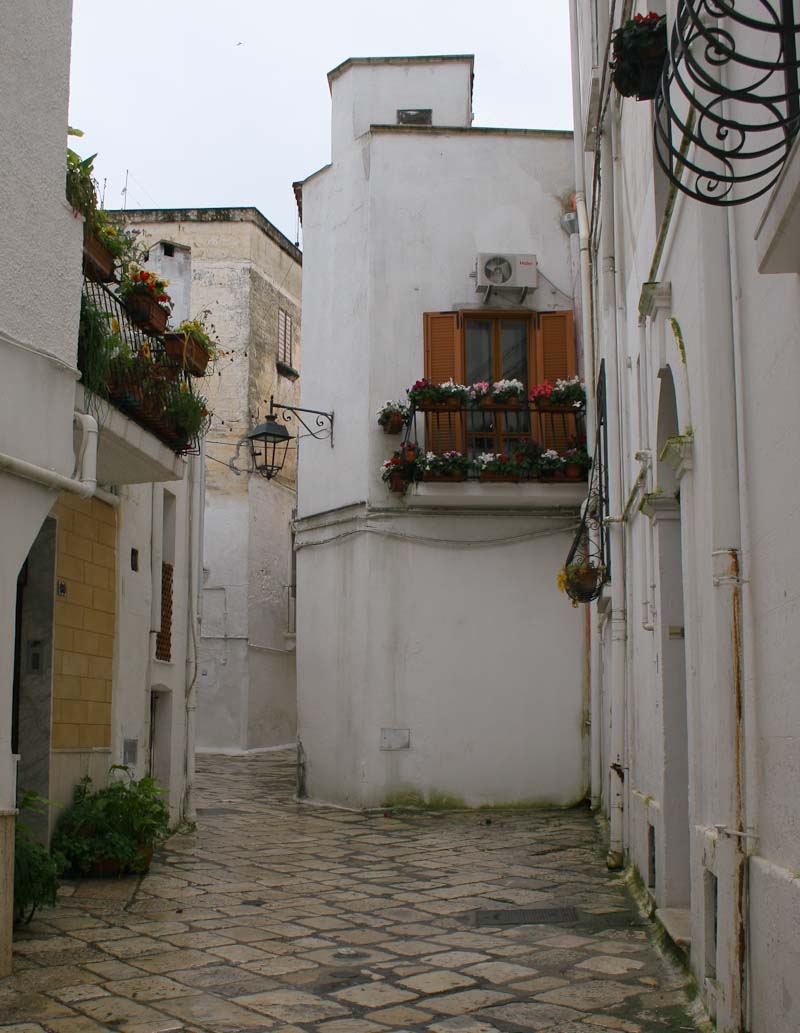 The old centre of Castellaneta in Puglia as it looks today.

Escape from Poverty
As such he became the epitome of the American dream for millions of Italian emigrants to USA. All these people escaping from the malaria-ridden South in the years between 1880 and 1915 and pursuing their fortune in America.

A walk around the old town of Castellaneta in Puglia makes it easy to envisage the poverty, sickness and oppression of a hundred years’ ago. I suppose that is the real attraction of the place, now that Valentino’s image is fading.

– Rudy who? my friend said, when I told her we were going to Castellaneta to explore the roots of Valentino. The name and reference to silent movies mean absolutely nothing to most people born within the last 40 years.

And even in Castellaneta latin lovers of the 21st century stay indoors on rainy spring days.

Other sights near Castellaneta in Puglia