It’s kind of funny, how window boxes and potted plants reveal your whereabouts in Italy. And looking at window boxes in San Daniele there is no doubt we’re in the north eastern corner of the country.

In my mind, the North of Italy close to the Austrian border is geranium territory. Cascading flowers of alpine geraniums in all shades of red hang beneath every windowsill as an integral part of the exterior house design, while soft pillows of pansy and petunia adorn the street corners. Window boxes bring spirit to lifeless buildings and even on a gray day, you can see summer shining through.

The exuberant geranium continues all the way down to Tuscany, though in a less orderly fashion. And down South, you may see the more hardy varieties of pelargonium , but their colours fade in comparison with the vivacity of nerium, bougainvillea, trumpet flowers and hibiscus. Drought resistant flowers with roots that are generally too deep for window boxes.

In San Daniele there are no worries about the water supply, which means you can cultivate lush hanging gardens in very little soil. 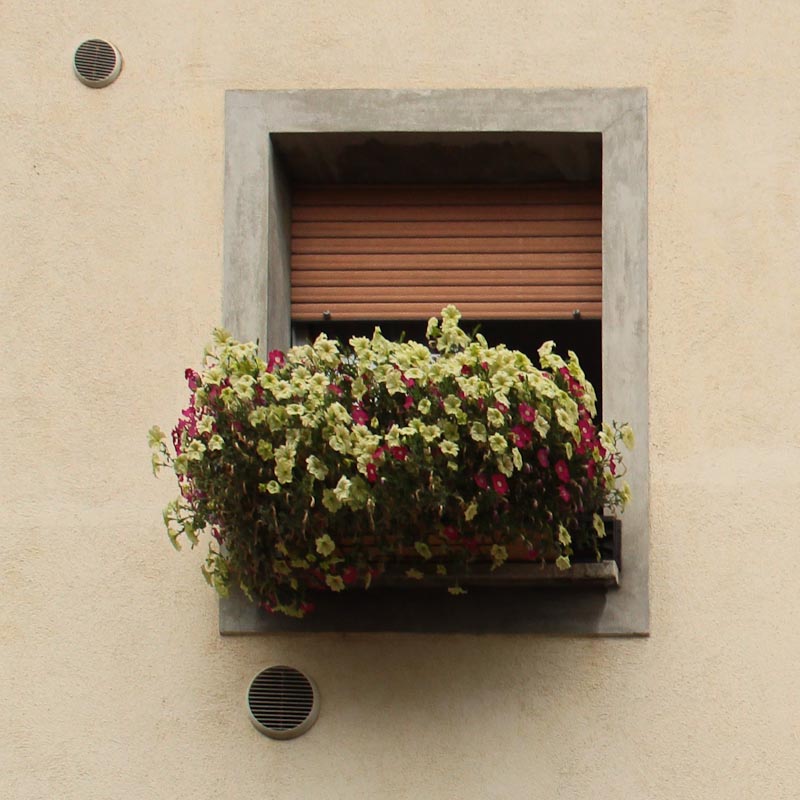 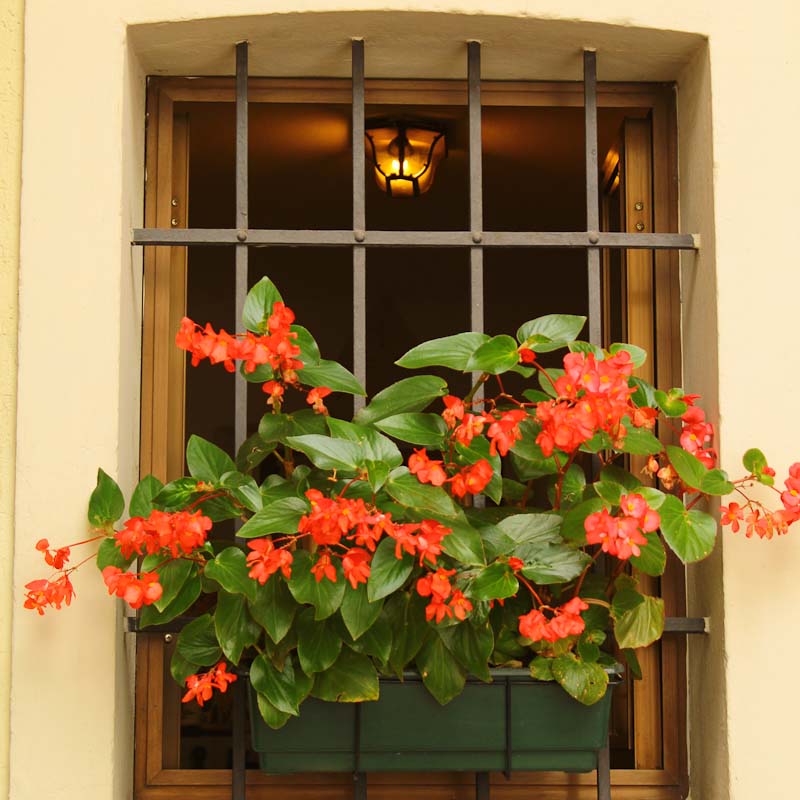 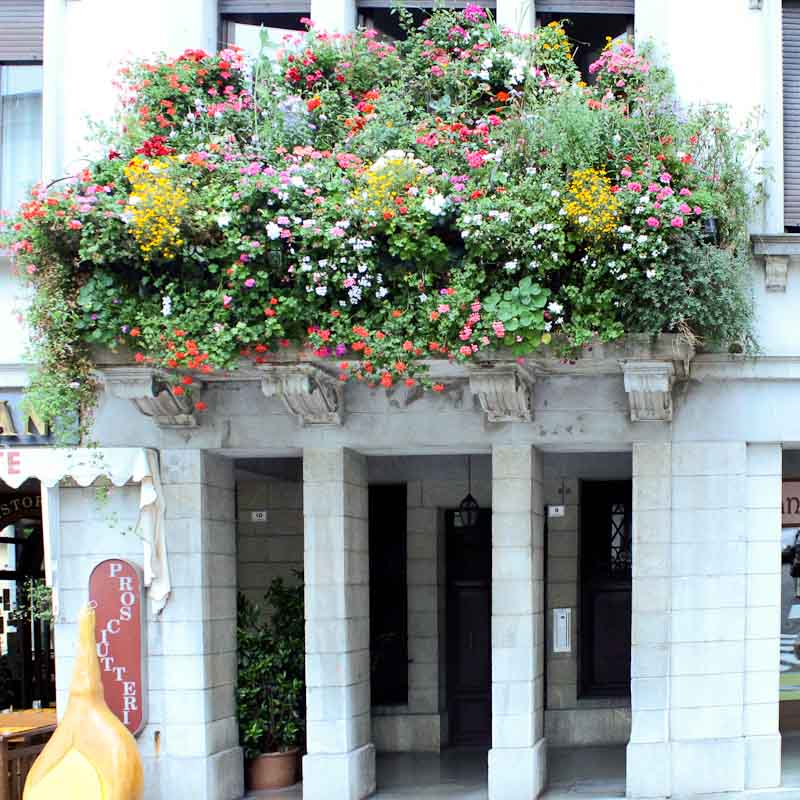 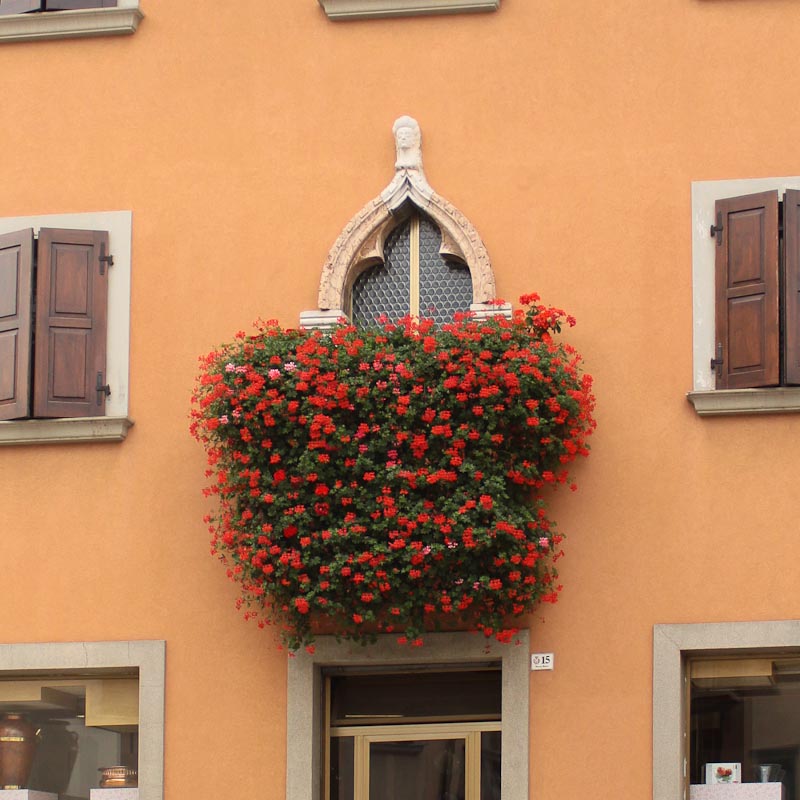 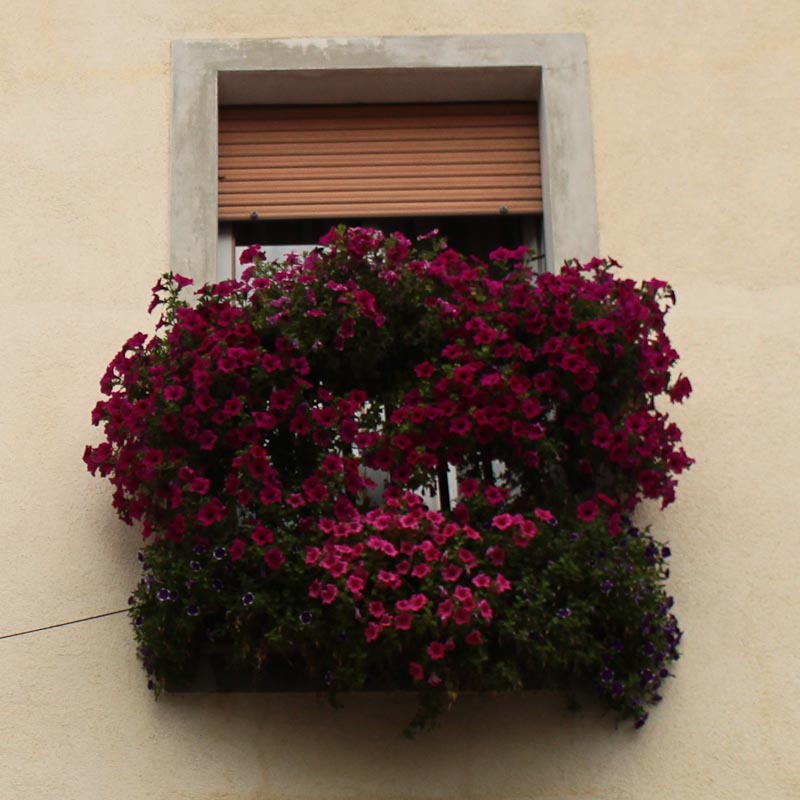 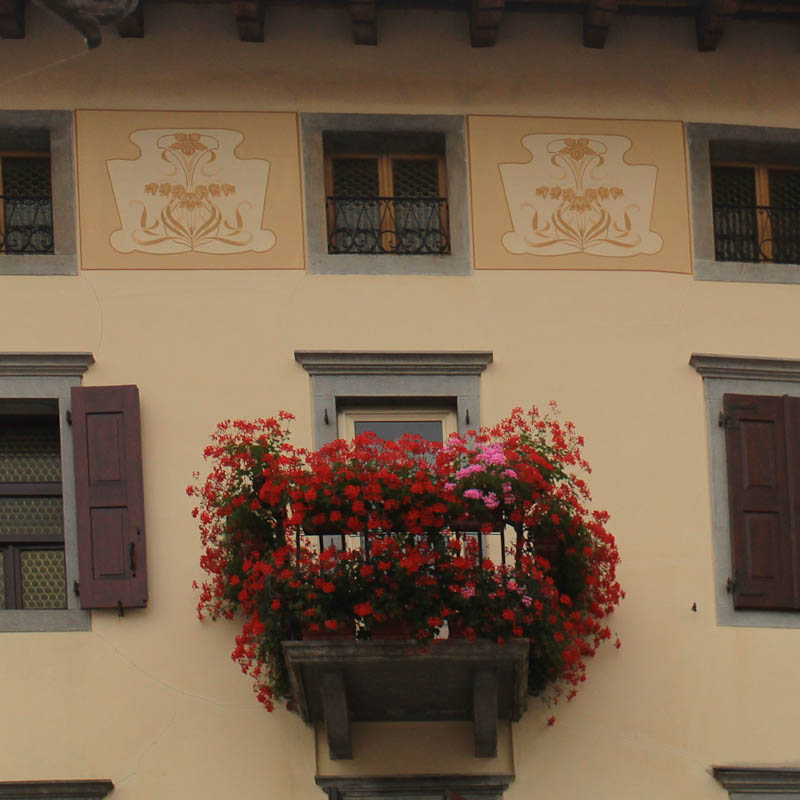 The Origin of Window Boxes

According to Gardenguides.com, it was the ancient Romans who first started cultivating culinary and medicinal herbs in window boxes. Over time these tiny household gardens became more decorative than functional, and lilies, violets and roses spread along rooftops and balconies.

In a frequently quoted comment, Pliny the Elder complimented the blossom filled windowsills where “every day the eyes might feast on this copy of a garden, as though it were a work of nature.”

Most of window boxes in San Daniele don’t strike me as works of nature, but as a tremendous man-made effort. The flowers spilling down these barren walls lavish arrangements of matching or contrasting colours, that must be watered, nursed and tended on a daily basis in order to thrive.

It culminates on the corner of Via del Lago and Via Giuseppe Garibaldi (See the photo to the right in the top row), where we find one of the most magnificent hanging garden, I’ve ever seen, and discover that even if window boxes were originally a Roman invention, the window boxes in San Daniele del Friuli are something special.

Striped aubergines in a pickle 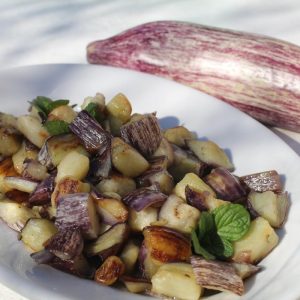 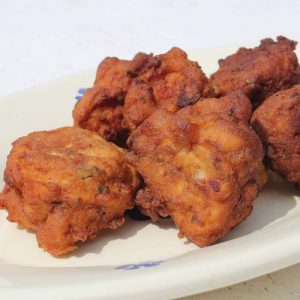