With a large contribution from the readers, I’m pleased to present an extended version of my  Top10 Italian Books that lists some of the most rewarding Italian writers.

I have previously shared my favourite books set in Italy, and now  I continue my listmania with some highly recommendable Italian reads. The list is extended regularly with reader’s suggestions, so don’t hesitate to chip in, if your favourite novel by an Italian author is not on the list. All titles contain Amazon links.

I still look forward to hearing your views and further recommendations.

The Divine Comedy should naturally top this list due to its status in as one of the greatest works in Italian and world literature. The rhymed narrative poem was completed in 1320, it helped to shape the Italian language and preserve a medieval world-view for the afterlife. The Divine Comedy describes Dante’s travels through Hell, Purgatory and Paradise. A true classic.

The first Italian novel is a 17 century love story of Renzo and Lucia who are prevented from marrying and forced to flee by a cruel tyrant on a backdrop of war, revolution, religion and disease. In Italy, ‘The Betrothed’ holds almost the same status as the writings of Dante and it is generally considered one of the greatest European historical novels.

A brilliant novel about the Italian unification and the destruction of nobility set in small town Sicily. I love the description of the sumptuous meal and the popular quote saying: “If we want things to stay as they are, things will have to change.”

If you are attached to Puglia, Ernesto de Martino’s land of remorse is a must read. The book was originally an anthropological field-study into the rites, the origins and the social importance of the tarantella and Tarantism with women dancing themselves into a trance to prevent death from a spider bites.

In 1957 journalist Guido Piovene toured Italy, describing the vast regional differences and local characteristics. The book still gives a pretty accurate picture of modern Italy, but unfortunately it hasn’t been translated into English, so it is only relevant for those who want to practice their Italian.

With ‘The Name of the Rose’, Umberto Eco, became an international household name. The novel disguised semiotic philosophy as crime-fiction on Medieval monastic life which in itself is an outstanding achievement. Yet I’d also like to recommend his Mysterious Flame that through loads of illustrations investigates  how – in this case Italian – popular culture defines personality.

I prefer Elsa Morante to her more famous husband Alberto Moravia, because of her descriptions of southern Italy. Arturo is a great novel about a boy growing up in the shadow of a penitentiary on the island Procida in the Bay of Naples.

Dario Fo: My First Seven Years (Plus a Few More)

If you like Dario Fo and his anarchistic comic mysteries based on the commedia dell’arte tradition, you’ll love his only novel. The rambling and highly entertaining narrative recounts chosen passages from Fo’s youth and the history of Italy.

Ammaniti may not be in the same league as the writers above, but he is one of the most translated and popular contemporary Italian writer and an easy, entertaining read. I particularly liked the Basilicata backdrop of this novel, while ‘Steal You Away’ takes place somewhere north of Rome.

Gomorrah is one of the books you have to admire for the whistle blower’s courage to expose the workings of the mafia, but I found the novel a drag to get through. In the same genre I much prefer Giancarlo De Cataldo’s ‘Terroni’ from 1995 describing power by television at a time before Berlusconi had refined his political carreer. Unfortunately, it is only available in Italian.

Inspector Montalbano has gained millions of fans all over the world with his ability to solve crime in a highly pleasing Sicilian setting. Great entertainment with an Italian touch.

Though an avid reader it took me a while to get through these tree autobiographic books about the struggle of life in Abruzzo during Mussolini’s reign. The first book is captivating and memorable, but then the story stalls and becomes too black and white for my taste. But I understand, why it’s a must-read for descendants of Abruzzo and Molise immigrants.

The Neapolitan Novels of which ‘My Brilliant Friend’ is the first have placed this mysterious Italian writer on top of the international agenda. The well-tuned story of two intelligent girls growing up in Naples give a fascinating insight into an often violent and repressive culture. A thoroughly enjoyable read.

Cesare Pavese: The moon and the bonfires

The story of a man, who returns to Italy from California after the Second World War. He contemplates repatriation and wants to find out what has happened in his native village during the years of Fascism. The village, which is allegedly Santo Stefano Belbo in Piedmont, hides a dramatic story of betrayal and reprisal.

An attempt to portrait the Italian national character with all its qualities and imperfections by the journalist and politician Luigi Barzani. The book was first published in 1964, but the description of the Italian way of living and thinking still rings true.

A portray of five generations of the Falcone family, who live in an ancient Italian hill town normally identified as Grottole near Matera in Basilicata. The family’s complicated, funny, tragic, and astonishing stories, takes us through a century and a half of Italy’s tumultuous history.

A shepherd, smuggler fugitive struggling around Asiago in the mountains of Veneto before and during the First World War. The war leads to the occupation and final destruction of the village.

Italo Calvino: If on a Winter’s Night a Traveler

An experimental collection of ten texts with different plots and styles interrupted at a moment of suspense. A male and a female reader are brought together in their quest to pursue the unfinished story lines.

A surgeon faced with the choice between a life of passion with an unpolished, working-class mistress or the predictable conformity of upper middle-class family life.

The story of the Piedmontese Jewish community seen through the eyes of a young chemist in the years leading up to the Second Word War. The book is structured as 21 short stories and  each story is connected to one of the elements in the periodic table.

Other novels by Primo Levi, such as If this is a Man and The Truce about the Holocaust experience also deserve a recommendation.

Ignazio Silone: The Secret of Luca

The protagonist returns to his native village near L’Aquila after 40 years in prison for a murder he did not commit. The villagers still hold him responsible, until they learn why he did not defend himself during the trial.

Colourful stories from Sicily that capture the modest life of the rural population around the turn of the previous century. Verga was first translated by D.H. Lawrence and  he is often mentioned as one of the great Italian novelists.

A humorous satire about a fifteen-year-old girl and her family living on the borders of civilization. The magic realism makes it possible to confront such issues as consequences of unchecked consumerism and environmental degradation.

The story of a failed artist of a rich family who becomes infatuated with a young model. The novel examines the complex relations between power, money and sex. Other recommended novels by Alberto Moravia include The Lie and Time of Indifference.

Please don’t hesitate to add your suggestion of books and novels that should be included in the Top10 Italian Books.

The Sunken Bell of Termoli 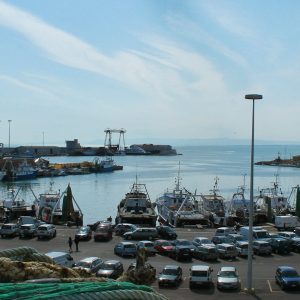 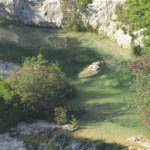