Sometimes I have bought a jar of bottarga powder and used it to sprinkle over pasta dishes like salt and pepper, but the result has been an invariable disappointment. It was not until I visited Sardinia, I discovered the magic of the real bottarga pouches, that are grated or sliced super thinly over hot pasta just before serving, giving the dish a heavenly taste and silky, creamy texture. It is absolutely delicious, and I will never again leave Sardinia without stocking up on dried mullet fish roe.

Roast a handful of fresh breadcrumbs to make them crunchy and set them aside.
Peel and chop the shallot onion finely and fry it in a deep pan over low heat with a whole, unpeeled clove of garlic. Make sure to use enough olive oil.
Boil the tagliatelle in very salty water and a spoonful of olive oil.
Grate the bottarga finely
Chop the parsley and mix it with the roasted breadcrumbs.
A minute before the tagliatelle is done, remove the garlic and add half of the grated bottarga to the fried onions. Add some boiling water from the pasta, if the mixture gets too dry.
Drain and transfer the tagliatelle to the pan with the onion and bottarga mixture. Make sure to keep some boiling water in case more is needed.
Swirl the pasta in the sauce and add more liquid if necessary.
Serve the tagliatelle alla bottarga in a bowl topped with the rest of the grated bottarga, parsley and roasted breadcrumbs. 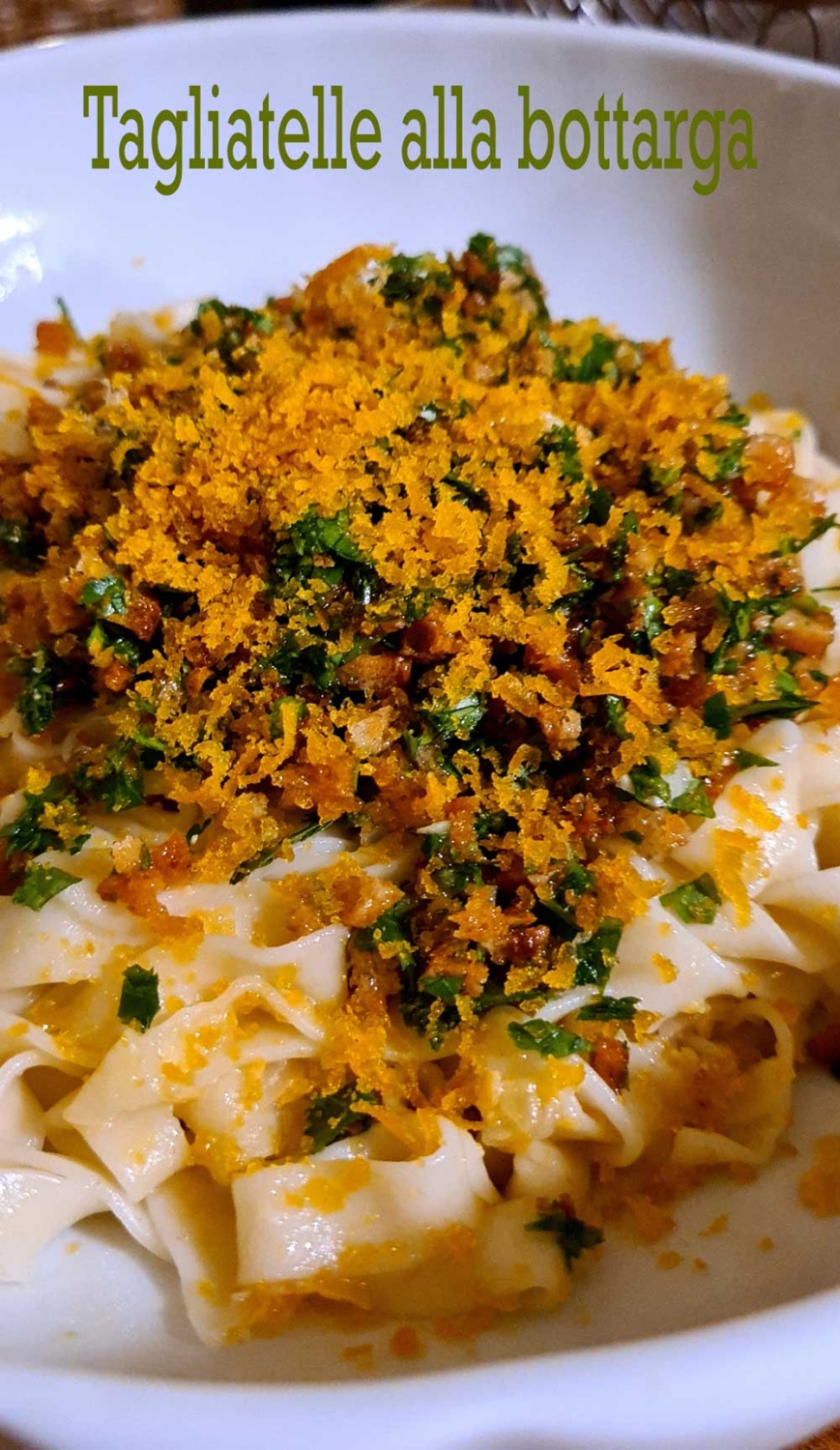 Tagliatelle alla bottarga is a simple dish with a creamy texture and rich, delicious flavour. 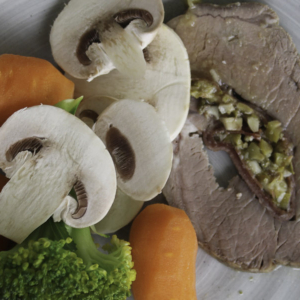