Leuca – The tip of Italy’s heel

One of the most striking and wonderful features about Salento is the light. And it gets better and brighter when you reach Leuca – The tip of Italy’s heel.

The monastery behind the basilica in Santa Maria di Leuca

Going south towards Santa Maria di Leuca around dusk or dawn, when the great circle of the sun sets or rises in the sea, all colours are tinted red, yellow and orange. Half an hour later, white buildings have a bluish purple glow as if are highlighted by strobes, and when night falls millions of stars appear on a velvety black sky, always reminding me (pretty much against my will) of the catchy Negroni commercial singing: ‘Le stelle sono tante, milioni di milioni’.

Lighthouse at the end of the world

Light and the solitude enforce the fine del mondo feeling, you get standing in front of the Basilica ‘De Finibus Terrae’ and looking at the lighthouse in Santa Maria di Leuca at the southeastern corner of the Italian peninsula, where waters from the Adriatic and the Ionian Seas meet. 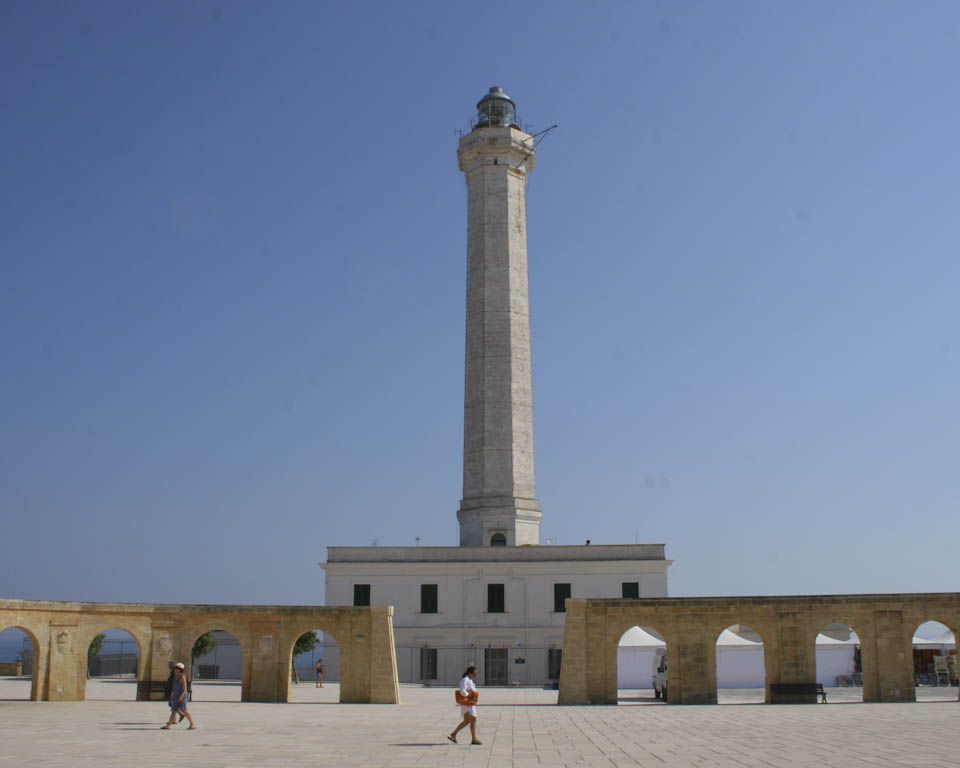 The lighthouse in Leuca measures 48.6 metres and it is placed 102 meters above sea level making it one of the most important lighthouses in Italy. It was built in 1866 and under favourable weather conditions it can be seen from a distance of up to 40 km.

Santa Maria di Leuca got its name from the Greek word ‘leukos’ meaning ‘white’ and from the holy virgin, who is said to have performed sailor saving miracles in Leuca on 13 April 365 AD. According to one legend, Saint Peter entered Italy through Leuca – another legend claims he stopped in San Pietro in Bevagna – on his way to Rome as part of the evangelization of Europe. To commemorate this event a wooden cross can be seen among the pine trees on the path from the Basilica to the port.

Another monument was erected by the fascists in 1939 to mark the initiation of the acquedotto pugliese. This aquaduct sometimes lets water out into the sea, creating a spectacular waterfall know as lu mare spunnatu.  A lucky sight to end travels to – if not the end of the world – then at least to the end of Italy. 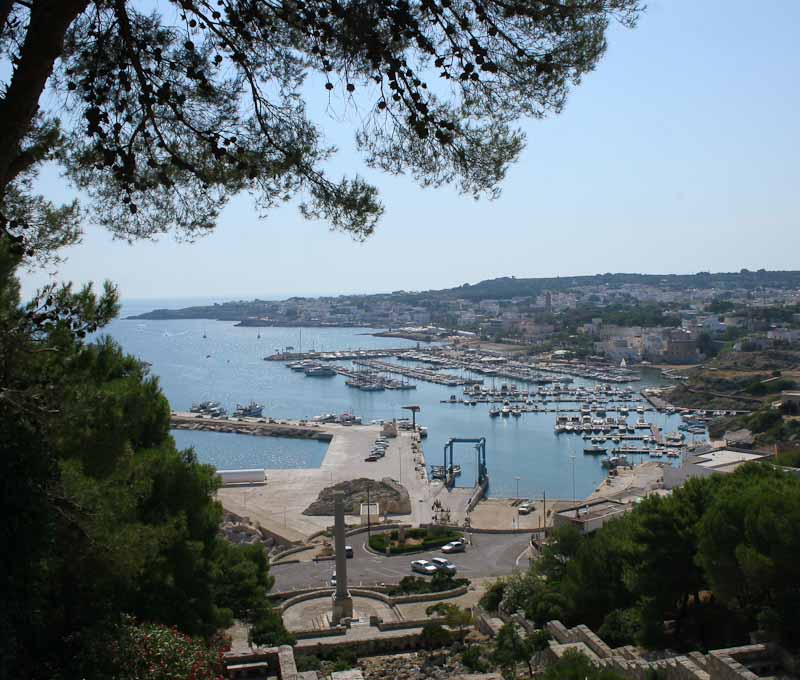 The fascist monument that sometimes turns into a spectacular waterfall. The town Leuca is located at the foot of the stairs.