Beneath the endless monotony of Tavoliere plain in north Puglia there are interesting sights and layers of history like the Puglian aqueduct.
Booking.com


The Foggia province in Northern Puglia separates into two distinctly different landscapes: There is the Tavoliere plain, also known as Magna Capitana, and the Gargano spur with its green hills, white cliffs and Forest Umbra. Considering the charms of Gargano with breathtaking views, eminent beaches, ample tourist facilities and two of the most popular European pilgrim sites, most visitors skip the Tavoliere. Yet beneath the endless monotony of wheat fields there are interesting sights and layers of history.

Take for instance the village Ordona on the Via Traiana route, where you can see beautiful and virtually undiscovered remains of a Roman temple, shops, market, amphitheater and thermal baths. In ancient times the place was known as Herdonia, where Hannibal fought the Second Punic War (219-202 BC) that destroyed the town and left the area to sheep.

The Roman poet Horace, who was born in the area in 65 BC, described the Tavoliere as a dry, thirsty, desert landscape. An arid flatland that couldn’t be cultivated until 1939, when the Apulian aqueduct was inaugurated. As one of the largest construction projects undertaken in the early 20th century in Italy, l’Acquedotto Pugliese taps water from the Sele River in the mountains near Avellino in Campania and reroutes it to the riverless Puglia region. Twenty thousand workers contributed to the ambitious project that started in 1906 and brought freshwater to Bari in 1915. Today the entire length of the aqueduct, including primary and secondary lines is 2189 km. And although it may leak water it still serves more than 4 million inhabitants in 258 cities, towns and villages and facilitate the growth of corn and tomatoes in the former wasteland on the Tavoliere.

The invasions of Vieste 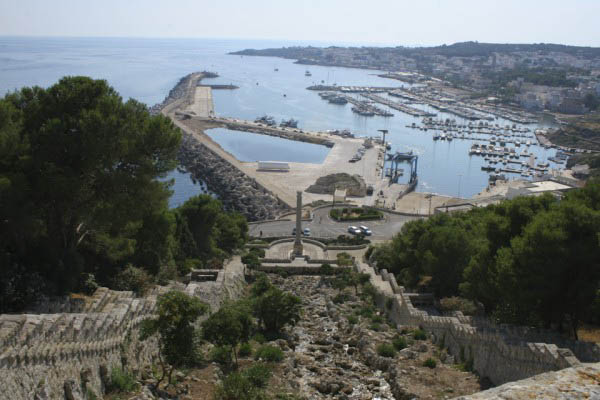 Gnocchi with tomato and mozzarella
Scroll to top