A divine beach in Puglia

According to local legend, the apostle St Peter washed up on the Ionian coast after a shipwreck. He landed in San Pietro in Bevagne and performed a miracle that still attracts pilgrims among the Speedos.

San Pietro in Bevagna may be the most popular beach for the people in Manduria, Puglia, but the tiny seaside village has an even better claim to fame.

It started with a shipwreck

On his way to Rome – I suppose – 2000 years ago, St Peter went out on a sea voyage and got caught in a storm. He was shipwrecked and washed up on the shores of the Ionian coast half way between Taranto and Gallipoli.

Tired and hungry he discovered a well of water guarded by a statue of Zeus or some other pagan god; St. Peter made the sign of the cross and with that gesture the statue shattered and fell by his feet. This miracle made the witnesses convert to Christianity, pilgrims flocked to the beach, and a church was erected and integrated with a watchtower to ward off pirate attacks. 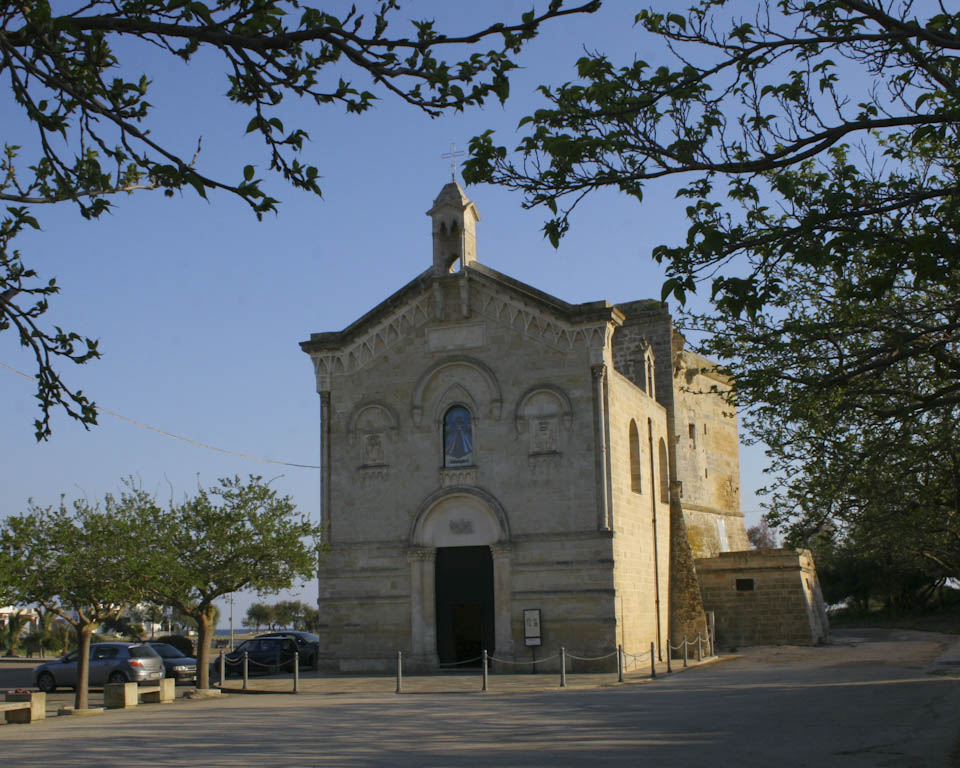 The tiny church was attached to a watchtower to ward off pirates.

At odds with the surroundings

The fortified church is still standing along with a modest looking iron cross, and every mass the place is crowded with believers who have to bring their own plastic chairs and sit down outside the open church door in order to get a seat.

All around they are surrounded by men in Speedos, pretty waxed women, children begging for ice cream or taking just one more dip in the sea, mammoni and ragazzi warming up for the evening discos and Africans hawking bags, lamps and fake Rolex watches.

It’s quite a sight.

Other sights near San Pietro in Bevagna

More to Avetrana than misery