Italy is famous for its religious festivals and one of the most bizarre is undoubtedly the Cocullo snake festival.

Driving along the A25 from Rome to Pescara in Abruzzo we passed a road sign Cocullo, and even though it was a cold, rainy day in the mountains and we had to drive uphill and backwards I insisted on stopping. A tiny village famous for a festival celebrating San Domenico in a sea of live snakes is simply too weird to be missed, so we pulled up outside the local police station and took a look around. 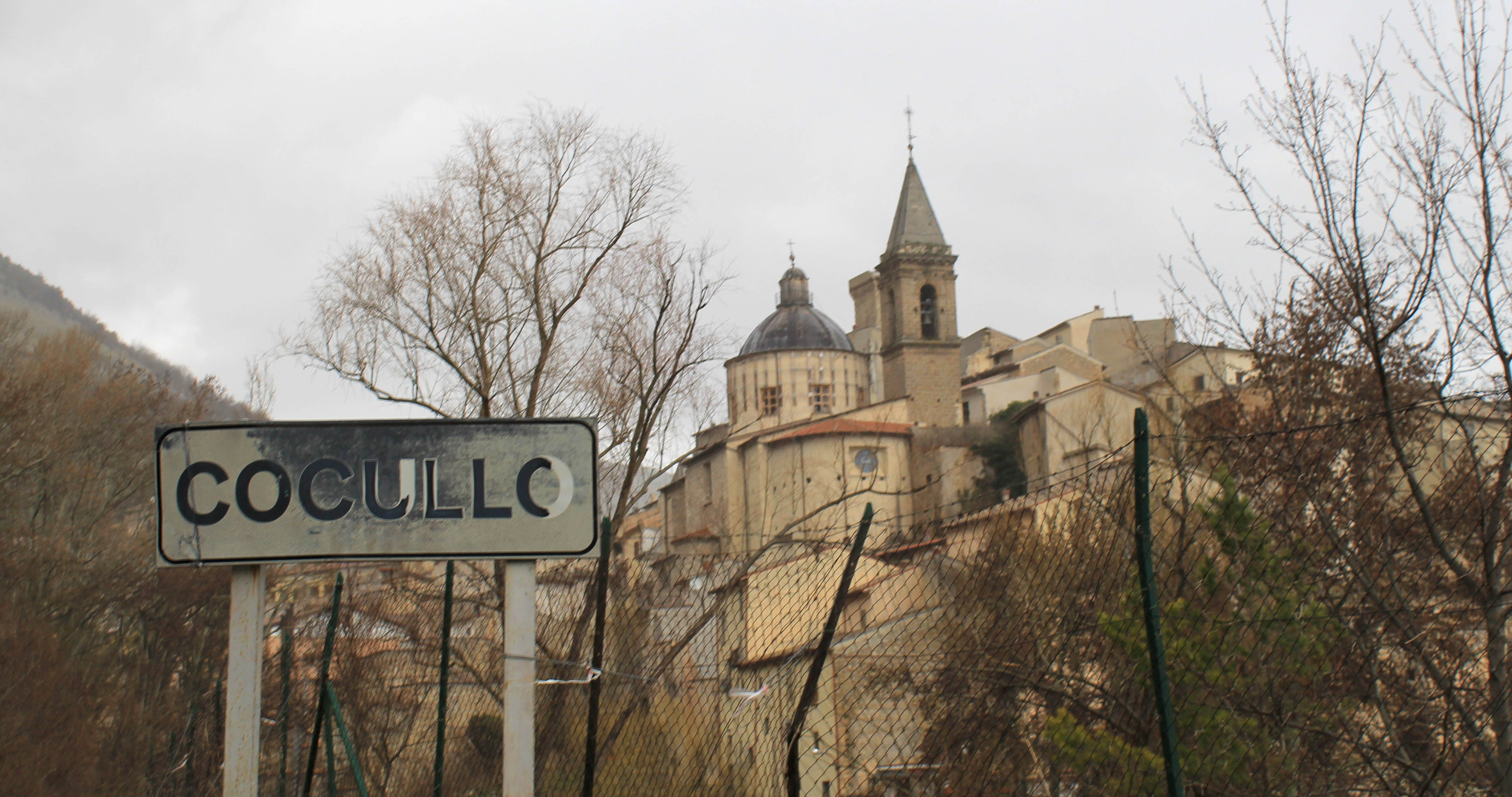 The town of Cocullo on a drizzly spring day

Protection from the Wild

None of the 285 villagers ventured out, so we had the main square to ourselves. Hard to imagine that thousands of people from all over the world gather here on the first Thursday in May to witness the annual procession in celebration of the village saint who is carried through the streets covered in creepy, crawly snakes.

Luckily there were no snakes to be seen, but a ‘Mostra Permanente’ and after banging the doors and trying the phone number, we found a civil servant in the mayor’s office willing to show us the exhibition. It was mainly a collection of photographs, but she explained that San Domenico Sorana was a Benedictine monk with the ability to cure and protect believers from storms, fevers, rabies and the bites of wild or poisonous animals. He also performed numerous miracles, such as telling a wolf to return an abducted infant to the mother, making newly sowed fava beans bloom and multiplying grains for flour. In consequence, he still had a great many worshippers among the locals. 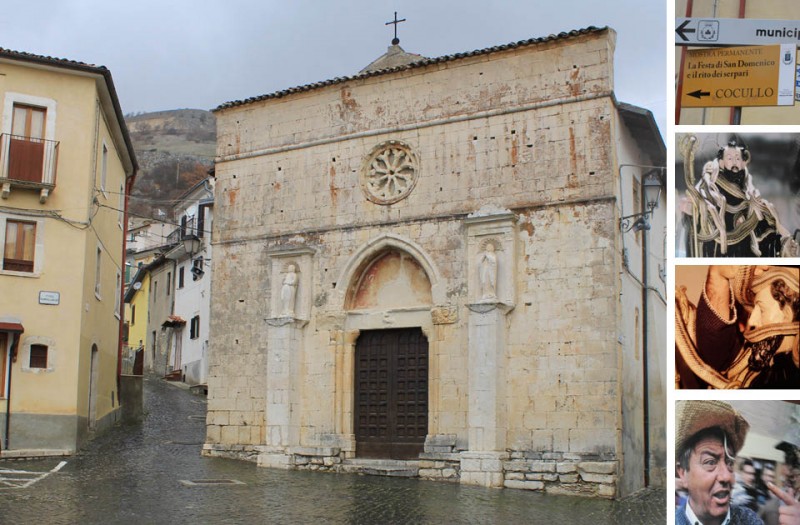 The procession departs from the tiny church. To the right there are photos from the Cocullo snake festival exhibition.

A Coat of Snakes

Why these virtues should be rewarded by a coat of snakes remained unclear, but we were told that locals scoured the countryside for snakes in the months up to the procession, so their numbers varied from one year to the next. Among the snakes, there were generally three species represented. And that they were only mildly poisonous.

“No one has died yet”, as the woman said. But at this point she was clearly getting tired of answering the same questions people from Cocullo always hear from outsiders, so she left us to study the photos alone and close the door on the way out.

Obviously, the fascination and dramatic appeal of the snake festival is not as great for the locals of Cocullo as it is for me and other foreigners.

Other religious anecdotes and manifestations like the Cocullo snake festival

San Pietro in Bevagna: A divine beach in Puglia

Epiphany in Italy and La Befana – the generous witch