Steps to Rome: Rome is famous for its steps and staircases, and most of them are attractions in their own right and not just something you happen to stumble across on your way to other sights.


Here is my Top 5 of the most extraordinary steps in the city.

The Spanish steps are currently being renovated, but part of the steps should be opened again before Christmas 2015

The Spanish Steps is the widest and one of the most momentous staircases in Europe. The construction of the 135 steps leading from Piazza di Spagna to Piazza Trinità dei Monti was build in 1723-1725 according to designs by by architects Francesco de Sanctis and Alessandro Specchi to celebrate the peace treaty between France and Spain, linking the top of the hill (under French influence, with the church of Trinità dei Monti and French monastic institutions) to the Spanish embassy at the bottom of the hill. In the Renaissance, Piazza di Spagna at the foot of the stairs was lined with hotels, inns and residences where artists and writers stayed while in Rome. In consequence, the square and the Spanish Steps became one of the most it one of most frequently painted and described attractions in city.

Helix Stairs in The Vatican Museum 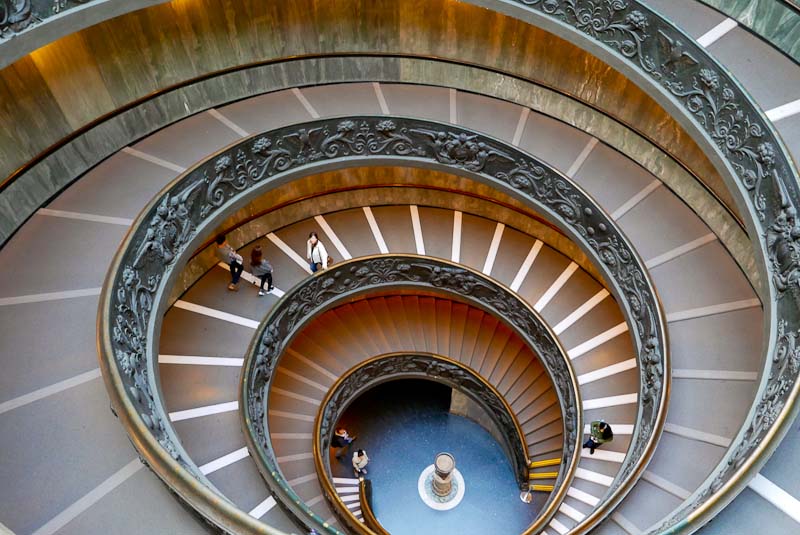 The Helix Stairs in the Vatican Museum

One of the most beautiful staircases in Rome is the helix stairs in the Vatican Museums. The broad steps actually consist of two intertwined spirals; one leads up and another leads down to street level from the floor of the Museums. And the strange thing is that you can’t actually see the duplicity, while you are there, unless you notice the white and yellow lined steps at the bottom.

Compared to most other sights in Rome the twisted staircase is not that old, it was designed by Giuseppe Momo in 1932, but it is extremely popular – both as a sight and as a symbol of life, due to its resemblance to the double helix DNA strand (which was, however, discovered later). 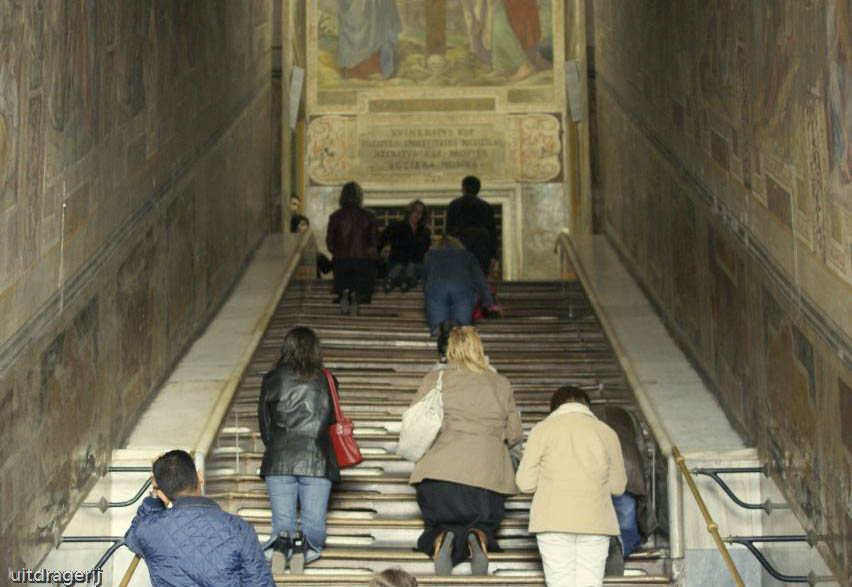 Scala Sancta near the Lateran Basilica and Porta S. Giovanni

In Piazza San Giovanni in Laterano you’ll find the Scala Sancta, ie. the steps Jesus had to climb on his way to his trial by Pontius Pilate in Jerusalem. How the staircase ended up in Rome beats me, but the teleportation is normally attributed to Saint Helena, who had a special talent for finding Christian relics. The 28 steps in wood encased white marble have been an important pilgrim site for centuries, and if you kneel you can still see the marks left by the blood of Christ on the marble.

Stairs to the Dome of St. Peter’s Basilica 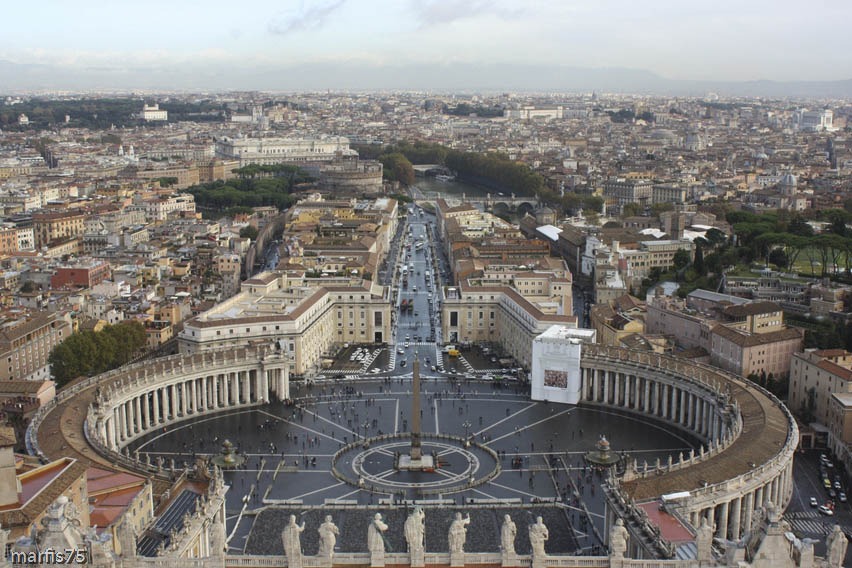 View over Peter’s Square from the top of the dome

Another personal favourite are the stairs leading to the dome of Saint Peter’s, where you can see the town over the head of Bernini’s 140 statues lining the colonnade. It is an extremely crammed and narrow winding staircase leading to a magnificent and dizzying view Saint Peter’s Square and Rome. On the internet, people argue about whether there are 320 or 500 steps to the top. I didn’t keep count, but it is a hard climb, and a lot of people prefer to take the elevator part of the way. 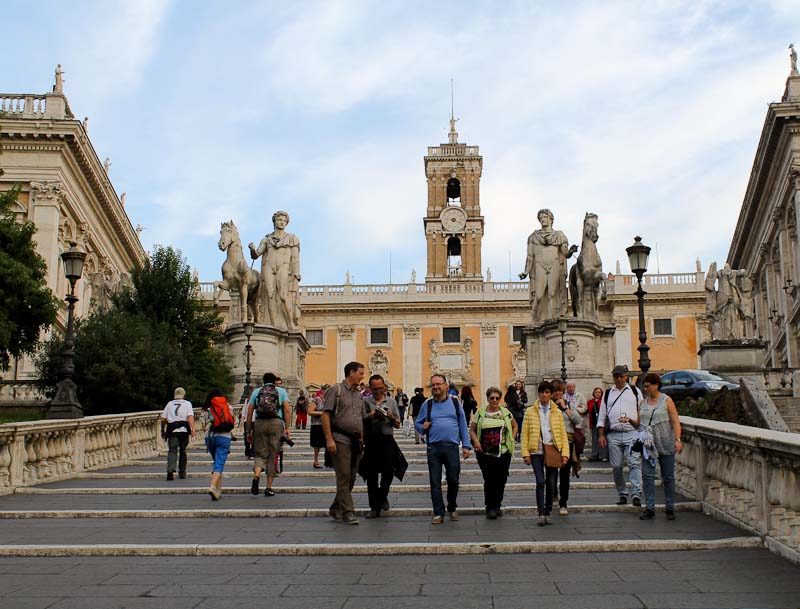 Steps leading up to Piazza del Campidoglio in Rome

Capitoline Hill between the Forum and Campus Martius is one of the seven hills in Rome, and the only one incorporated in an urban plan by Michelangelo.The Renaissance artist and architect designed Piazza del Campidoglio with the surrounding palaces. Ascending the hill Michelangelo devised a sloping Cordonata with steps so wide that horse riders could ascend without dismounting. The monumental balustrade is guarded by giant statues of Castor and Pollux; Twin brothers who, according to legend, fought at the head of the Roman army at the Battle of Lake Regillus and subsequently brought news of the victory back to Rome.

More that 5 steps to Rome