The clouds over Pescara have inspired two of the most notable Italian writers in the last century.Today they are among the city’s main attractions.

If you are considering a visit to Pescara, you might as well drop it. At least according to my edition of Lonely Planet, which laments that tourists do not always have a choice, since the city centred on the Italian Adriatic coast acts as a traffic hub for aviation, shipping, rail and roads. Pescara can be hard to avoid, and it is not the most charming acquaintance in Abruzzo.

Pescara was formed in 1927 by a merger of two small beach resorts on either side of the river Aterno-Pescara, and it was badly hit by World War II bombings. This still marks the city. Pescara appears to have been drawn by a town planner equipped with a ruler, limited imagination and no sense of humour.

The main street continues straight into infinity, and for every 300 metres there is a corner with a traffic light and a shop selling swimsuits and inflatable ducks. A lot of the buildings look as if they are wearing mirrored sunglasses. And right in the centre, parallel to the river, where blue and white fishing boats float, there is a dual carriageway of nostalgic Soviet concrete bloc with protruding rebar, graffiti, pillars with torn posters and running rust marks in all cracks. 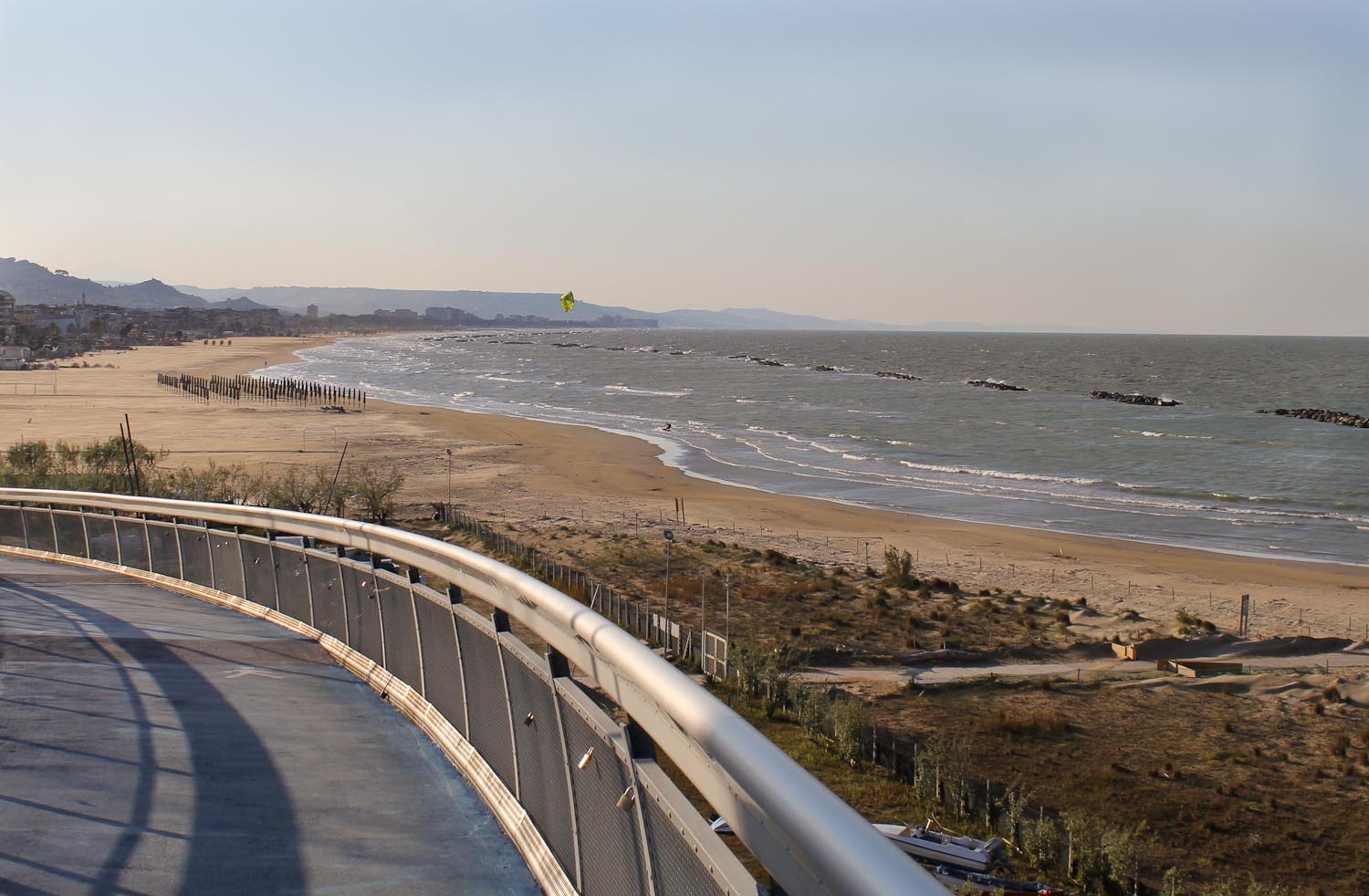 There are plenty of wide, sandy beaches north and south of Pescara.

Living on the beach

The beach is as good as any, and you don’t have to fight hordes of Germans, Dutch and Austrians for space. Pescara is still a so-called “undiscovered” tourist destination, despite free annual festivals for jazz and indie rock and kilometre upon kilometre of the finest sandy beaches.

You won’t have any trouble finding an umbrella and deck chair to  match the colour of your bikini, thanks to the many private beach clubs that offer a place in the sun to let on an hourly or daily basis. The marina should also be quite attractive, though it does not change the slightly strange atmosphere that is bound to prevail in a seaside resort with 100 000 inhabitants. Perhaps daily life is too mixed up in sunscreen and tanning oil. 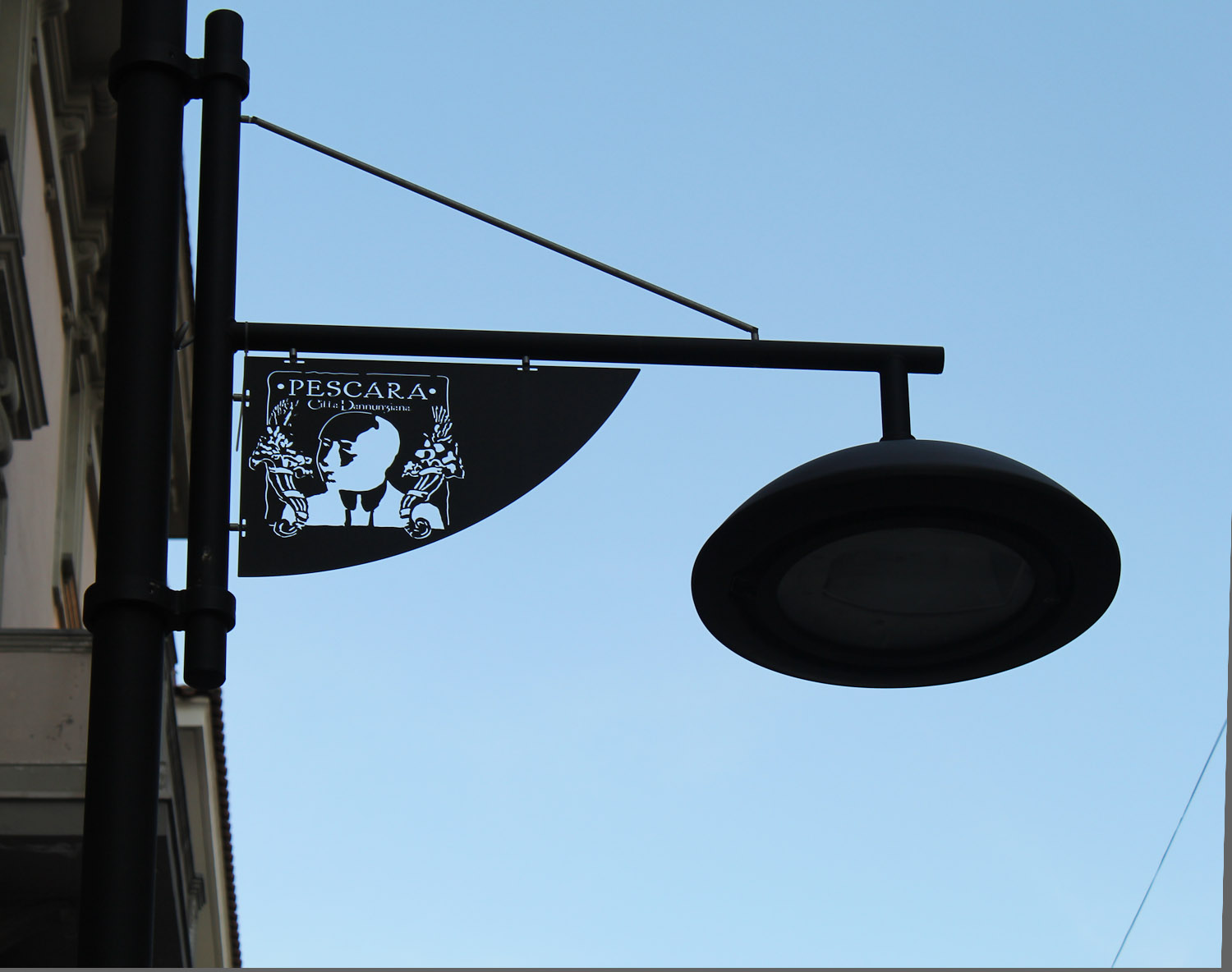 Though a politically controversial figure, Gabriele d’Annunzio is the pride of Pescara.

The poetry of the place

The slippery feeling may explain why Pescara has produced some of the most peculiar and special Italian writers of the last century. Mussolini’s national poet, the flying hero, dictator, womanizer, eccentric, collector and author of 48 volumes of writings in all genres such as The Child of Pleasure

, Gabriele d’Annunzio, was born and raised Pescara, while the city still consisted of a few houses south of a river delta by the Adriatic Sea. The house of his birth has been transformed into an interesting museum.

And Fellini’s screenwriter, the journalist, moralist and critic, Ennio Flaiano, also had the city in his blood, before he developed his grotesque, bittersweet writing style.

He invented the quote of dreamers having their feet firmly planted in the clouds, saying “Sognatore è un uomo coi piedi fortemente appoggiati sulle nuvole“. When you’ve visited Pescara, you may begin to understand why.

More than clouds over Pescara:

La Dolce Vita and other sights in Rovereto Italy