The Cathedral of San Lorenzo in Perugia

An epitome of local history

To call the Cathedral of San Lorenzo in Perugia beautiful would be an exaggeration, but there’s local history hidden in every detail.

The Cathedral of San Lorenzo in Perugia was initiated in 1345 and finished in 1490 and it looks rather worn with age. The real façade is a plain old structure with a few small openings signalling massive solidity and strength, while the left side is much more interesting.

The first thing worth dwelling on as regards the Cathedral of San Lorenzo is the steps. Here you have got front row seating for Perugia’s main square with a view of the busy pedestrian street leading down to Piazza Italia. Right in front of you, you’ll see the splendid, story-telling Fontana Maggiore by Nicola Pisano of Leaning Tower fame and the imposing Palazzo dei Priori. It’s not a bad place to hang around and absorb some of the local atmosphere.

The patron saint of advertising

If you’ve been sitting on the steps for a while, you might notice the strange pulpit protruding from the wall behind you. This was where St. Bernardino da Siena preached, when he visited Perugia in 1425 and 1427.

Bernadino was a traveling preacher with a weak voice and a powerful and captivating imagery. Whenever he visited an Italian town, he drew large crowds even though his sermons started at dawn and lasted 3-4 hours. He talked about moral corruption, expounding on many of the same themes as the extreme right today. After his death, he was rapidly canonized, and San Bernadino is now the patron saint of advertising, communications, compulsive gambling, respiratory problems and any problems involving the chest. Apart from the story of San Bernadino the pulpit is visually interesting with cosmatesque mosaics and ancient fragments. 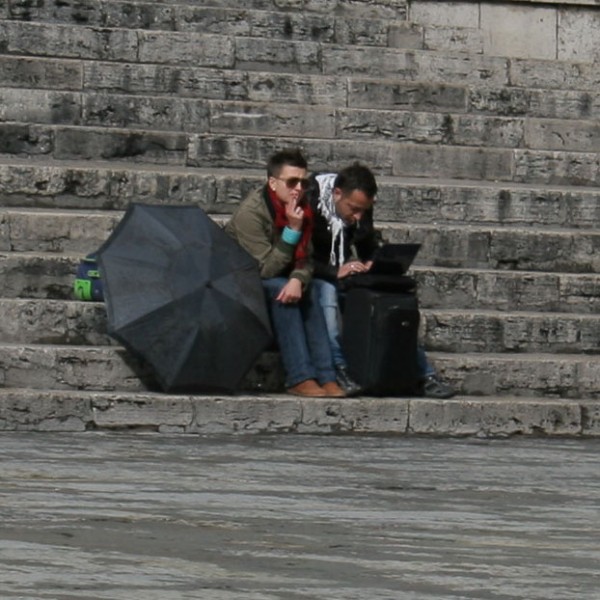 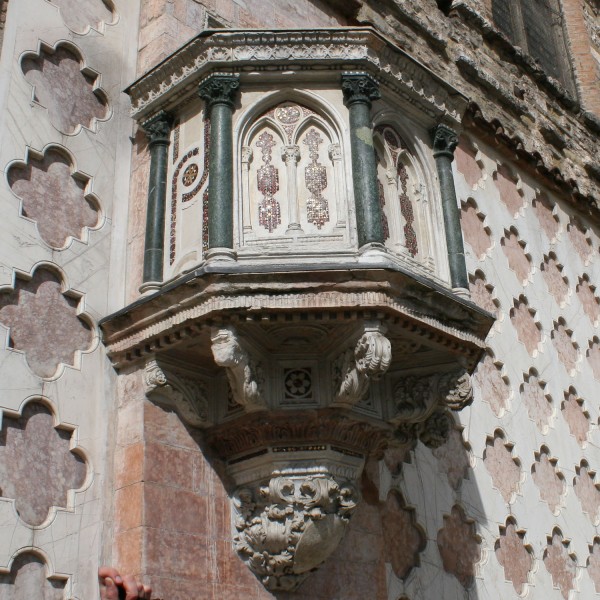 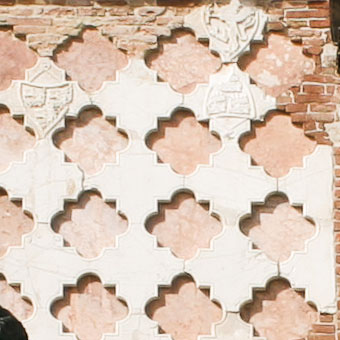 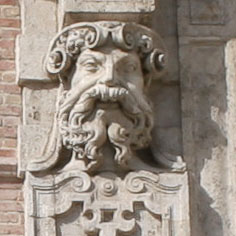 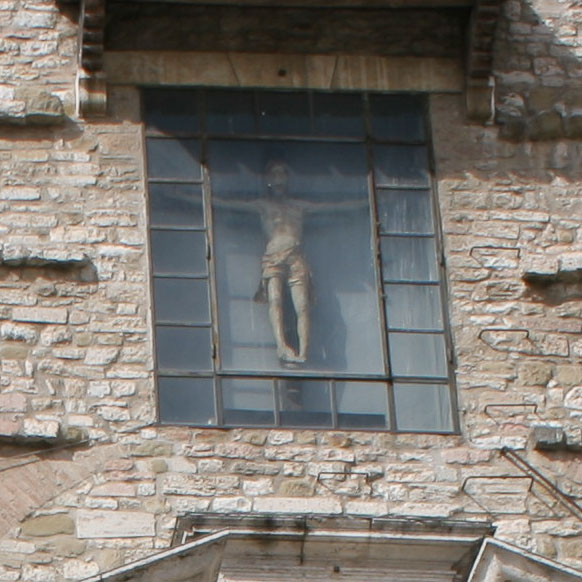 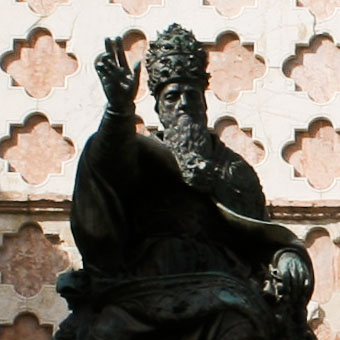 Another interesting feature of the wall behind you are the pretty marble lozenges in pink and white, along with the figurative carvings in stone representing two solemn-looking bearded gentlemen on top of small distorted faces of what might be jesters. The carved wooden door displays two griffins with the body, tail and head of a lion and the wings of an eagle. Combining the king of beasts with the king of birds is a majestic power symbol that can be found on plaques and statues throughout Perugia.

Suffering over the lack of salt

Over the door there’s a modest cross of a suffering Christ supposed to represent the ‘salt war’ against Pope Paul Farnese III. In 1540 the pope doubled the price of salt in order to finance the struggle against heretics. Initially the people in Perugia responded by trying to limit the consumption of salt (according to local legend that’s how the saltless ‘filone sciapo’ bread was invented) but eventually they staged a rebellion that was quenched by papal troops. In consequence the city was plundered and deprived of its privileges.

Fortunately, this dramatic period in Perugian history ends a few metres further to the left in a statue of Pope Julius III. This scandal-ridden pope, who was more interested in personal pleasure than in power and politics, restored the local magistrate in Perugia and Pope Julius III soon became a local hero.

In this way the Cathedral of San Lorenzo in Perugia can be said to capture the local colour and history. 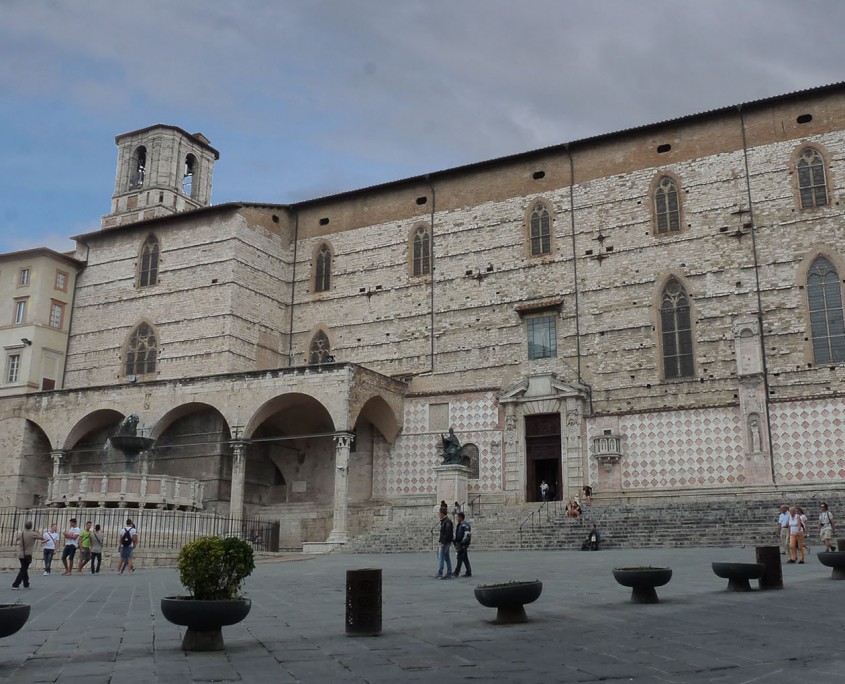 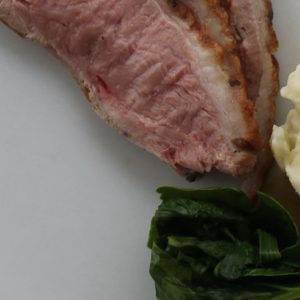 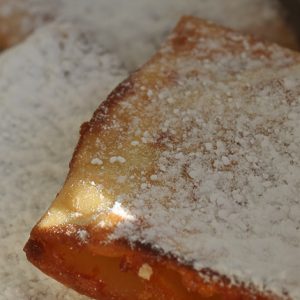