The Palatine Gate in Turin

One of the characteristic landmarks of Turin is the Palatine Gate. A tall, red brick structure considered one of the best preserved 1st-century BC Roman gateways in the world.

It is probably just make believe, but it seems to me as if the noises of the surrounding city die away as I approach the Palatine Gate in Turin. I can hear birds singing and the rustle of leaves on the trees, and the sound of my steps on the ancient paving stones suppress the roar of traffic from Corso Regina Margherita. Although the Palatine Gate is hemmed in on all sides by buildings and signs of modern living, the authorities have managed to clear a green space around the archaeological area that emphasizes the feeling of entering a time capsule created during the Augustan or the Flavian Age as a point of access to the colony called Julia Augusta Taurinorum – today’s Turin. 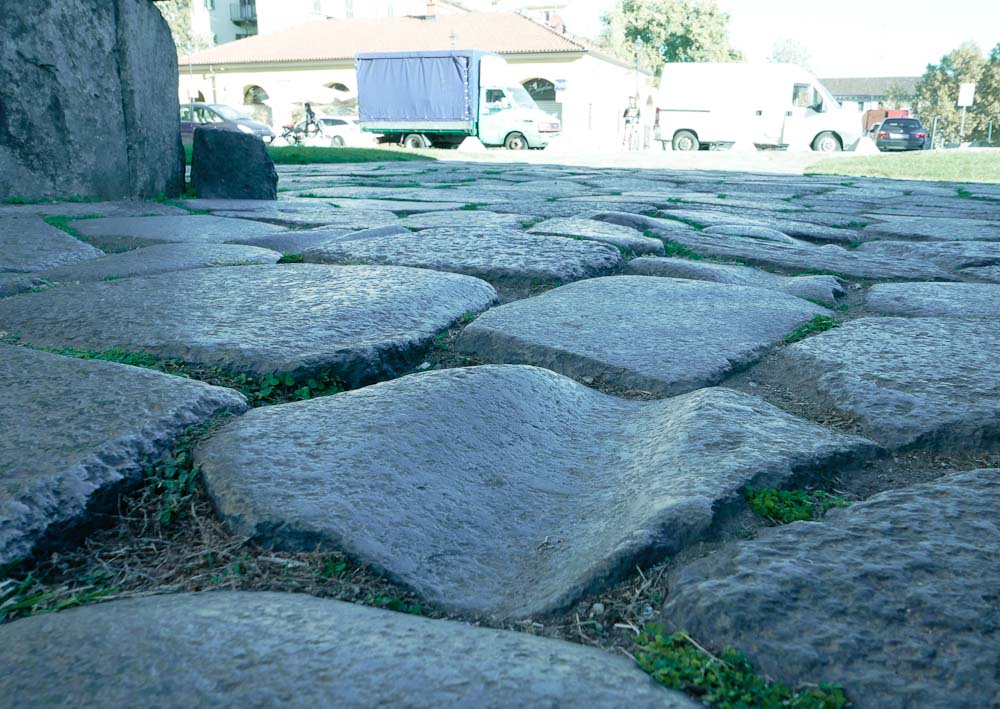 The colony was established at a strategic position on the Via delle Gallie that used to link Paris and Rome, and it was later protected by a 5 metres high and 2 metres thick red brick wall encircling the entire castrum. What remains is just a small section of the total structure that also includes excavations of an ancient Roman amphitheater, columns lining the colony’s main street cardo maximus, and a 20 metres long wall framed by two towers that reach a height of more than 30 metres. This structure is known as the Palatine Gate. 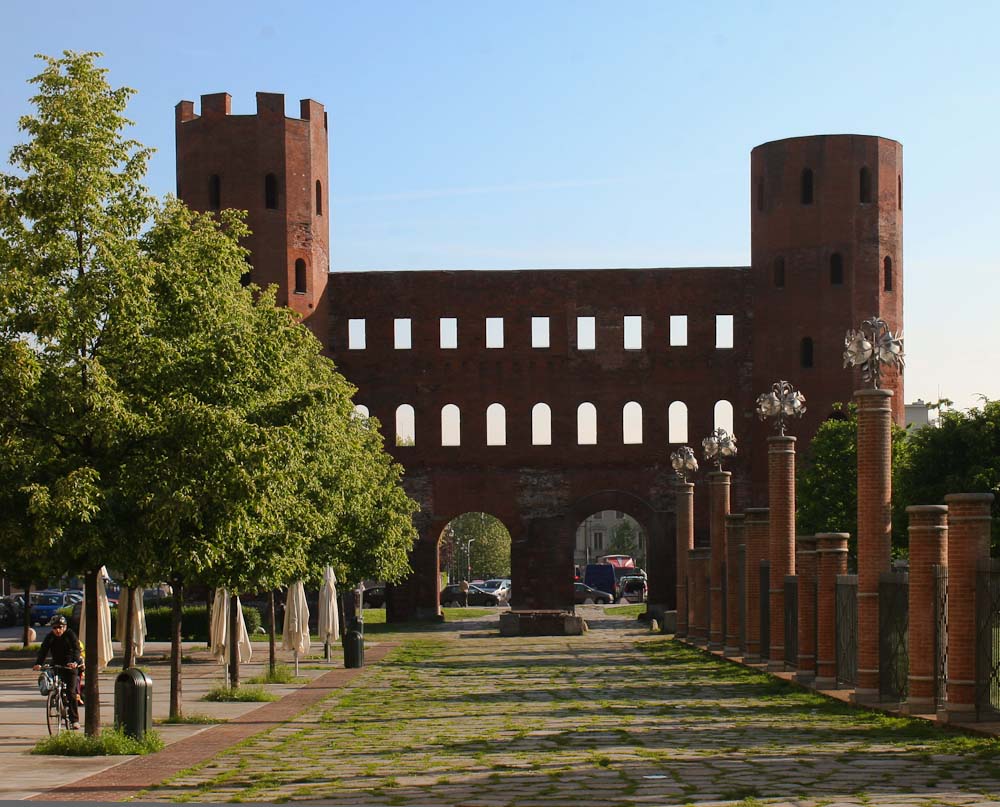 Today the Palatine Gate in Turin leads straight out to the busy Corso Regina Margherita.

Though built on a square base, the towers have 16 sides making them almost circular with a 360 degree view of area. The wall between the towers called the interturrio consists of two tiers of windows on top of two wide and two narrow entryways.

It is mind boggling to think that this structure has survived 2000 years, though it has been altered and reconstructed a few times. Only the eastern tower is original, while the western tower has been destroyed and rebuilt. Neither were the battlements an original feature, but an add-on from some later point in history, when the building served as a fortress. The towers have also been used as a prison, and I presume there has been a building with gangways behind the interturrio to give the windows purpose. Otherwise the latticework in the main wall would not be useful for anything except as a shortcut for pigeons.