A Porta Palazzo food walk in Turin stimulates all senses and stirs curiosity as regards different cultures and food customs.

Food from Every Corner of the Planet

Porta Palazzo in Turin is considered one of the largest markets in Europe with more than 1.000 mobile stalls spread over an area of 50 000 m2. It is huge. And among the heaps of meats, cheese, cereals, fruit and vegetables, you can find specialties from China, Columbia, Korea, Cameroun and Cuneo. Porta Palazzo is a multiethnic market in the positive sense that produce and habits mix and mingle into new ideas. There is always something to learn from someone.

The teacher this morning was Vittorio Castellani aka Chef Kumale’. A freelance journalist and food entrepreneur who has made it his mission to bridge the gap between different cultures through food. One of his many initiatives are food walks through his homeground in Porta Palazzo and these are not boring.

Vittorio talks our way through heaps of specially imported Moroccan mint, very old and moving cheese cultures like the Mattonelle pura Capra, mouthwatering salamis with truffle and boar, goose eggs, Chinese pumpkins, acacia flowers for making omelet, pig tails, calf hooves, stomach and lungs, while locals greet him with a ‘Kumalé’ that means ‘how are you’ in the local Turin vernacular.

– In the Western world we only eat 20 percent of the animals slaughtered. Another 20 percent can be processed and sold as food, but the rest is pure waste or byproducts like leather and soap. In terms of mass starvation and environmental sustainability this is a disgrace. We should learn from people in developing countries how to make what we consider as waste edible, he says passing around a plate of marinated esophagus on bruschetta bread. 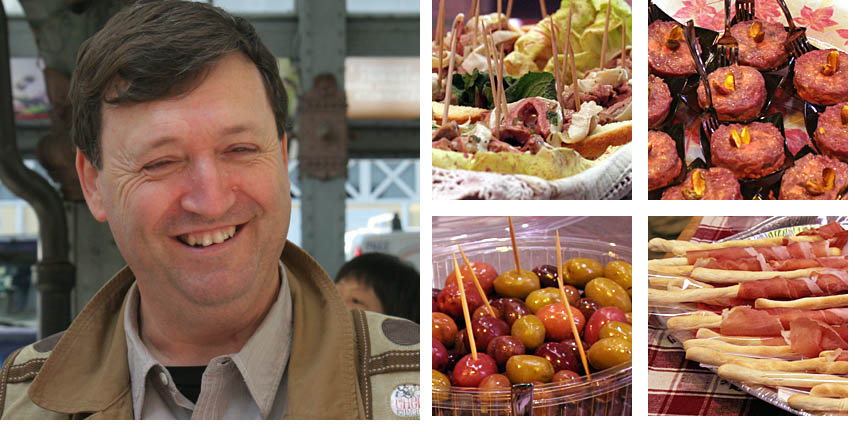 The texture is tough and rubbery, but it looks a lot nicer than the intestines offered by the Chinese butcher and less dramatic than the huge knife chopping offal and crunching bones for a line of African customers. Another market shop has specialized in hand minced beef made in the showy Asian way of two knives juggling in the air at the same time and we get a taste of the most exquisite tartar. Other tastings include the local sprumante, olives, bite-sized cheese stuffed patty shells and grissini wrapped with ham from Piedmont and Lardo di Arnad from Val d’Aosta. 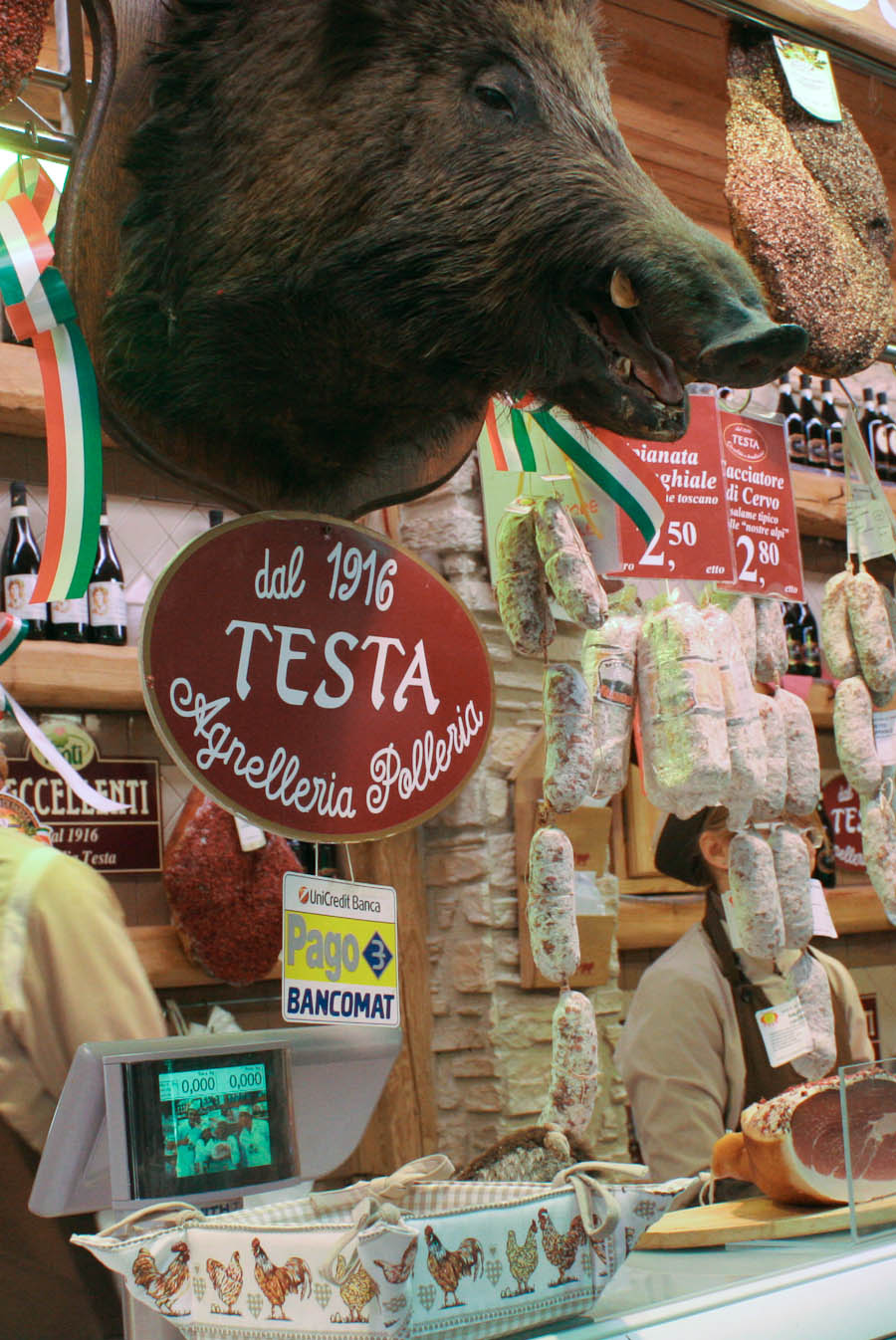 Some of the stalls in Porta Palazzo have been at the market for more than 100 years.

We also have a chat with the owners of Macelleria Garzena, Calzanegra Olive, Gastronomia Rapetti, Macelleria Pronzato and Macelleria Testa that happens to be the oldest shop in Porta Palazzo with four generations working behind the same counter. The enthusiasm and hospitality is overwhelming, and I end up feeling we have in fact been around the world in something like 8 bites.

Italian Notes was a guest of BITEG and the Piedmont Tourist Board but opinions and mistakes are my own.

10 Christmas gifts with a taste of Italy

How to buy a sandwich in Italy

Maps were disabled by the visitor on this site. Click to open the map in a new window.
11 replies